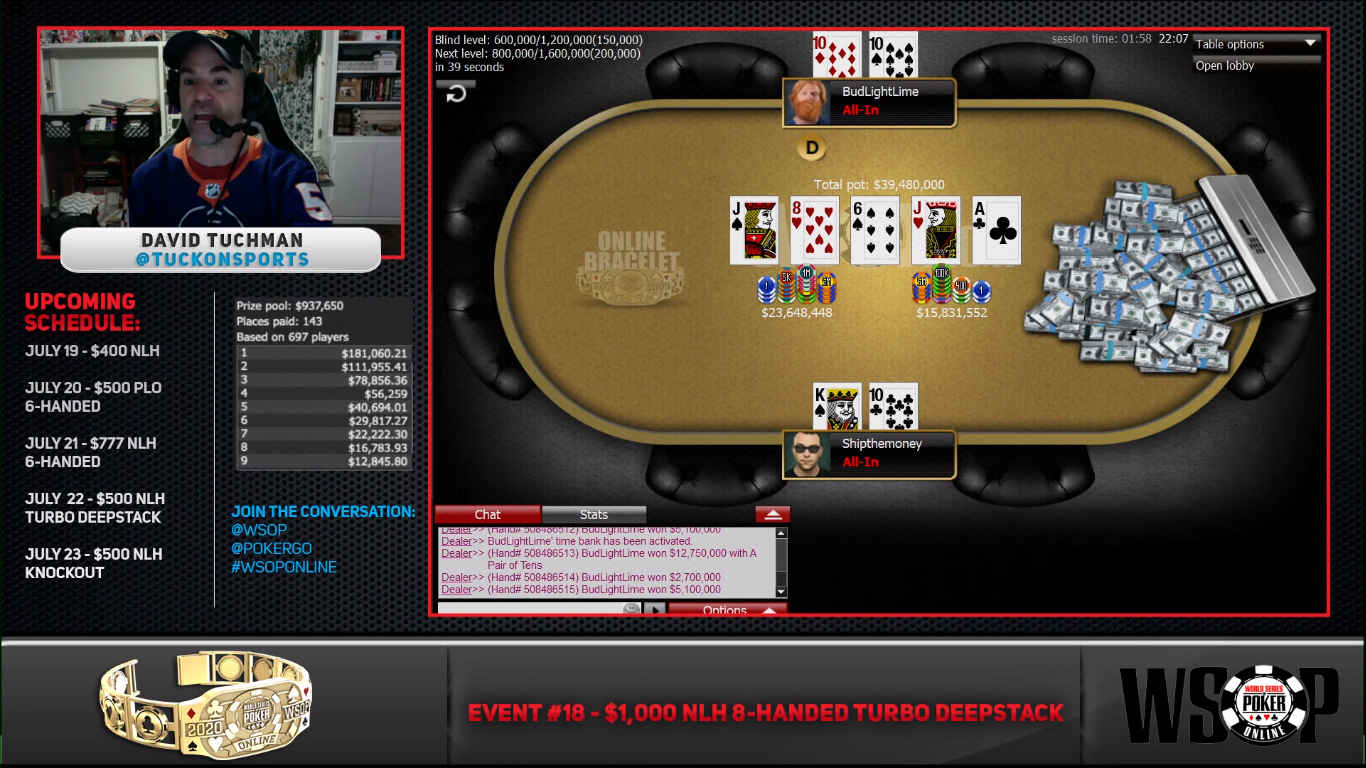 Hempel took 7th on Friday in the $777 No-Limit Hold’em event for $22,250, a tournament won by Pat Lyons (“IchiiKawawa”). On Saturday, in the 18th event of the WSOP.com series, he improved his performance and earned his first bracelet.

The most recent World Series of Poker champion took down the 697-player tournament in just over seven hours. His six-figure cash paid out more than $25,000 per hour of play at the online poker site. He has more than $200,000 in cashes over the past two days. And he’s also now among the contenders for the $100,000 WSOP.com series leaderboard, a pseudo-Player of the Year award.

Winning fast money is tough to beat. “BudLightLime” made quick work of his opponents at the final table thanks, in large part, to some big hands and, of course, the fast-paced tournament structure.

When heads-up play against Myles Kotler (“Shipthemoney”) began, neither player had many big blinds. With the blinds at 600,000/1,200,000, and both players under 25 million chips, it was inevitable that the tournament would end quickly. And it did.

A number of big-name pros were among the 143 players who cashed in the $1k. The include two former world champions, Phil Hellmuth (“Lumestackin”), who took home $1,781 for 97th place, and Ryan Riess (“bitc0in”), who also earned a small cash (32nd place for $4,219). Poker vlogger Ryan Depaulo (“joeyisamush”) picked up his fourth cash of the series, this one $1,969 for 84th place, a far cry from his bracelet title earlier in the week.

Low-stakes poker returns to the 2020 WSOP Online Bracelet Series on Sunday. At 3 pm PT, Event #19 kicks off, a $400 No-Limit Hold’em tournament on WSOP.com.