Brazilian poker operators have been given a tax break by a court in São Paulo after a judge cancelled any payments due on tournament prizes. 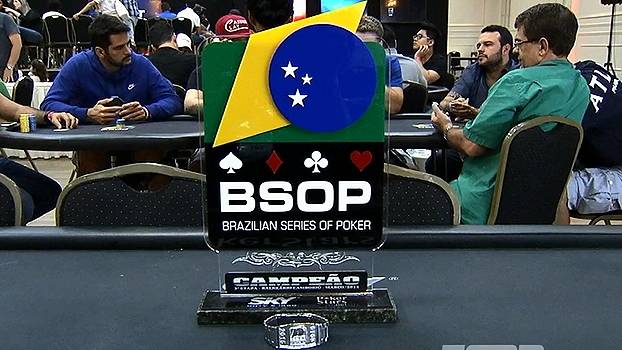 A court in São Paulo has ruled that Brazilian poker operators don’t have to pay tax on tournament prize money. (Image: ESPN)

The ruling made this week relates to a case involving Stack Eventos Esportivos, the company that helps run PokerStars’ Brazilian Series of Poker (BSOP).

The poker operator was in court to challenge a municipal service tax known as imposto sobre serviços (ISS).

However, a ruling by the 16th São Paulo Public Finance Court means will no longer be the case. Although the Municipality of São Paulo can challenge the decision, it could set a precedent across the country as a whole.

Poker is an emerging sport in Brazil, but BSOP’s technical director, Devanir Campos, said its growth is being stifled by ISS.

“It’s a decision that leads to the growth of our sector in Brazil, as it provides a broad legal understanding of the functioning of the ecosystem of such a new sport in our country,” Campos told media site BNL Data.

Prior to the ruling, prize money was, essentially, counted as income for tournament operators. Thus, under municipal tax rules, ISS was due. BSOP challenged the law, stating that tournament prize pools are owned by players and not part of an operator’s profits.

Had the court in São Paulo rules against BSOP, a tax of between 2% and 5% could be issued against prize pools. Players would not have had to bear that cost, and no money would be deducted from prize pools.

Tournament organizers, on the other hand, would be forced to pay tax on money that isn’t theirs, increasing their operating costs. That, in turn, would lead to reduced guarantees and slower growth. Therefore, the ruling has been hailed as a win, not just for poker, but other industries within Brazil’s service sector.

“Another decision would’ve been disastrous for several markets. Travel and advertising agencies also depend on the understanding that not all revenue is purely from a company,” Stack Eventos Esportivos CEO Igor Trafane told BNL Data.

As long as the ruling stands, municipal regions across the country can adopt the same stance. For an emerging poker market like Brazil, a tax break for tournament operators will reduce costs and drive growth. Moreover, when poker is thriving in a country with a population like Brazil’s (209 million), it will benefit the industry as a whole.