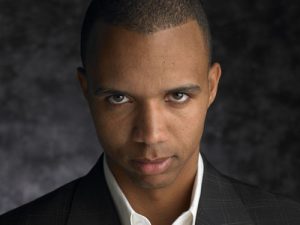 Should the Borgata be able to prove fraud in the edge-sorting case, Phil Ivey could be looking at 5 to 10 years. (Image: 4flush.com)

In the latest chapter in the courtroom drama that is Phil Ivey v Borgata, the Atlantic City casino has filed a countering brief to Ivey’s recent motion to dismiss the case. In layman’s terms, we think that means the Borgata has dismissed Ivey’s dismissal, or something like that.

The case, for those of you tuning in late, was brought by the Borgata against the world’s most celebrated poker player to seek reimbursement of $9.626 million which Ivey and a female companion named Cheng Yin Sun won at the baccarat table during four sessions back in 2012. The Borgata’s complaint hinges on the fact that Ivey and his accomplice were “edge-sorting,” which it says is cheating. Ivey and his lawyers say it isn’t.

Edge-sorting is a practice in which a player is able to determine the value of a card by observing subtle flaws in the pattern on the back; information he can then use to muscle the odds in his favor. Ivey’s argument is that this is skill and at no point has he broken the law, a point his lawyers asserted in the motion to dismiss the case three weeks ago, stating that the casino has no right to seek restitution.

“There simply is no private cause of action by player or casino to revoke and require restitution of gambling winnings or losses because of some perceived ‘illegality’ which springs from nothing more than a player’s subjective intent or use of his five senses,” Ivey’s counsel said.

The Borgata rejects this claim, stating, “Although the motion cleverly attempts to apply existing case law to the facts in this case, Defendants’ cannot escape the fact that it is only casinos, and not casino patrons, that are regulated by New Jersey’s Casino Control Act. While certain claims by patrons against casinos may be preempted by the Casino Control Act, there is no preemption in reverse. New Jersey’s Division of Gaming Enforcement simply does not have the power to order casino patrons to take any act, including making restitution to casinos for fraud, cheating, or breach of contract. Indeed, the only way for Borgata to seek redress against Ivey and Sun is through legal action.”

The Atlantic City casino’s attorney Jeremy Klausner denied the defendants’ claims that the applicable statutes of limitations regarding the alleged “cheating” had already expired. He also dismissed citations by Ivey’s attorneys of comparable legal cases between Atlantic City casinos and their customers. These were irrelevant, he said as they related to customers seeking reimbursement from the casinos, rather than the other way around.

Klausner did, however, cite the recent case in which the Golden Nugget was able to reclaim money won by a group of gamblers at the mini-baccarat tables. In that instance, gamblers realized that a new pack of cards used in the game was unshuffled and that the cards were being dealt sequentially, allowing them to know with certainty which cards were coming next.

Curiously, however, the Golden Nugget’s victorious attorney in that case was one Louis Barbone, who is representing Ivey in the case against the Borgata. In the Golden Nugget case, Barbone successfully argued that the game was not a “fair” game, in that it was not a game of chance because the deck mix-up meant that it had a pre-determined outcome.

We’re not sure things are so clear-cut in the Ivey case, where the defendants simply turned the odds in their favor; it was still a game of chance, and they could still have lost. Perhaps Barbone had the Ivey case in mind when he pointed out in court that had the mistake happened in the Golden Nugget’s favor, the casino would have repaid the money to its customers because the game would not be fair.

Should the Borgata win its case against Ivey, would it mean from now on casinos would be obligated to repay all money lost to them by players attempting to edge sort?

It all hinges on the Borgata’s assertion that the defendants have committed fraud, although under state law this requires the use of a “fraudulent scheme…or cheating device…” with the “intent to cheat.”  Now, we’re no big-shot lawyers (as you may have surmised), but we’re not sure this applies here. At least we hope it doesn’t, because were the Borgata to prove its case, our favorite poker player could be looking at 5 to 10 years, and that would be a very bad beat indeed.

Psht, this is just media circus shenanigans. “No such thing as bad publicity”. NO WAY is Ivey going in the hole.