The Meadowlands Racetrack in New Jersey accepted $3.5 million in sports bets in the first nine days of operation for the FanDuel Sportsbook — impressive considering that the launch period took place during one of the slowest times on the sports calendar. 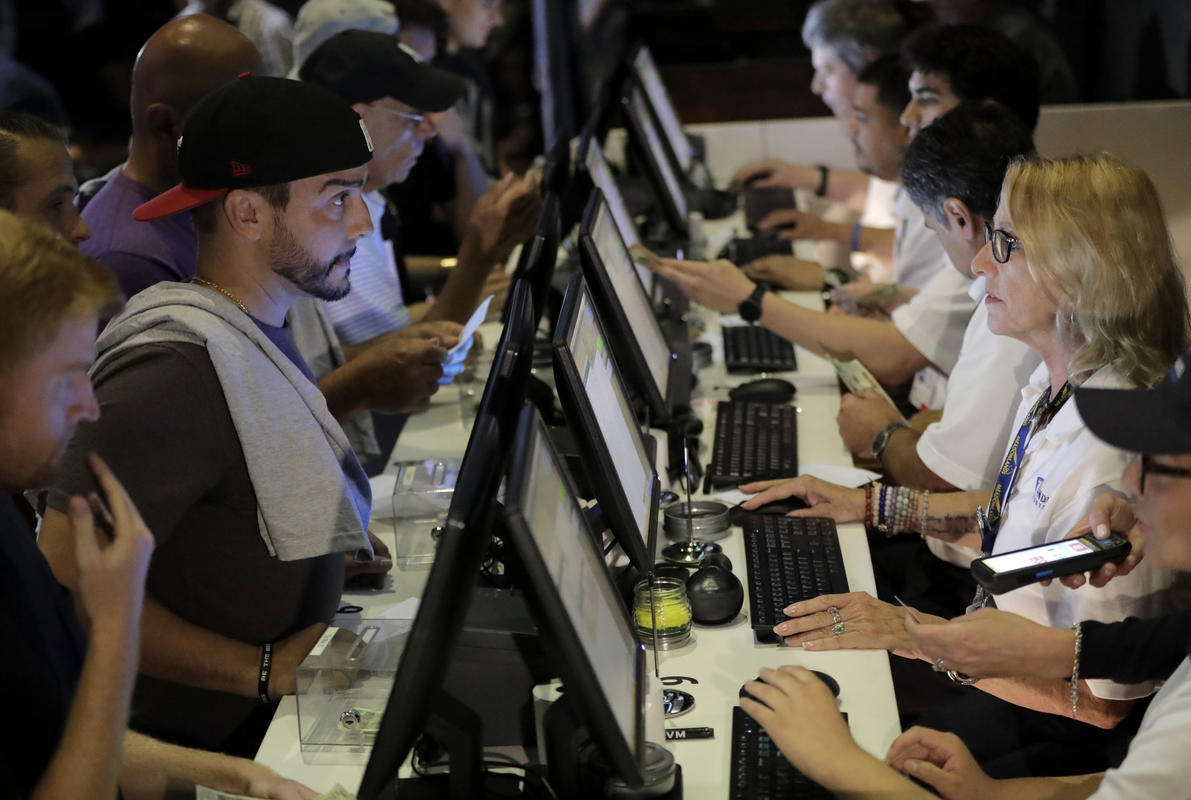 Customers line up to place bets at Meadowlands Racetrack on July 14, 2018, the first day of operation for the track’s new sportsbook. (Image: Julio Cortez/AP)

The FanDuel sportsbook at the Meadowlands began taking bets just before the World Cup finals. However, that was followed up by baseball’s All-Star break. With the three other major American sports right in the middle of their offseasons, there was very little for bettors to gamble on last week.

Meadowlands track operator Jeff Gural was pleased with the first round of betting numbers, all things considered.

“We did OK,” Gural told the Associated Press. “Our goal the first weekend was to exceed $1 million, which we did. The next four days were quiet with nothing to bet on due to the All-Star break.”

The FanDuel Sportsbook hasn’t yet been completed, but expansion efforts are underway to increase the number of tellers available for bettors. Numbers coming in already appear solid when compared to the other sportsbooks in New Jersey.

According to the state’s Department of Gaming Enforcement, more than $16.4 million in bets were taken by Monmouth Park, the Borgata, and Ocean Resort during the 17 days after the first books opened on June 14.

With the number of sportsbooks still low relative to the size of New Jersey, it’s unlikely that the market has reached anywhere near saturation so far.

Several more casinos in Atlantic City are racing to get their sports betting operations ready before the 2018 NFL season’s opening kickoff.

DGE director David Rebuck said that casinos should already have their applications submitted if they want to be ready for football season.

“They’ve got to give us a reasonable amount of time to evaluate and test all this,” Rebuck told the AP earlier this month.

The New Jersey market is expected to grow dramatically once online betting gets off the ground. While the waiting period for online wagering has already ended, no operator has launched mobile betting yet, though several are hoping to have to ready by the fall. New Jersey casinos began offering online poker and casino games in 2013.

These are all promising signs for the New Jersey sports betting industry, but that doesn’t mean the launch hasn’t been without incident.

According to an ESPN report, one of the first notable issues cropped up on Tuesday night, when the sportsbook at the Meadowlands closed before the end of the 16-inning game between the Philadelphia Phillies and the Los Angeles Dodgers.

“Everyone went to cash out and they were like ‘Sorry, we’re out of money, it’s in the vault,” a bettor named Eric told ESPN on Wednesday. “They basically said to come back tomorrow and you’ll get your payout.”