If you’ve been following my bad strategy advice articles, then you already know that you should be playing most of your hands against good players. But, some of my readers have complained that they’re getting crushed by the best players and are having trouble adapting this new strategy. Not to worry, this problem is easy to solve.

Or, maybe you should? Maybe it’s brilliant! (Note: It’s not.)

The biggest problem with playing against good players is that they understand your strategy. As soon as they see you playing hands against them and avoiding the lucky fish, they’ll know that you’re also a good player. And then they’ll know a lot about how you play. The only solution is to level up on them.

You see, if your opponents know what you’re doing, then you can attack them by doing just the opposite. Let’s look at some examples of how to play a hand against some of the best players in the world.

Let’s say that you are on the button with 4-4, and Phil Hellmuth raises from middle position. Now the obvious play here is to call and try to flop a set. The problem is that Phil Hellmuth is very observant and he will have noticed that you’re also a good player. So, if you just call, he’ll assume that you have a hand you want to see a flop with. That might be a small pair, a suited connector, or maybe a suited ace.

You can see the problem here. Now you’re playing against a world-class player who knows what kind of hand you have. Not good.

But if you reraise to five times his original raise, what will he think? 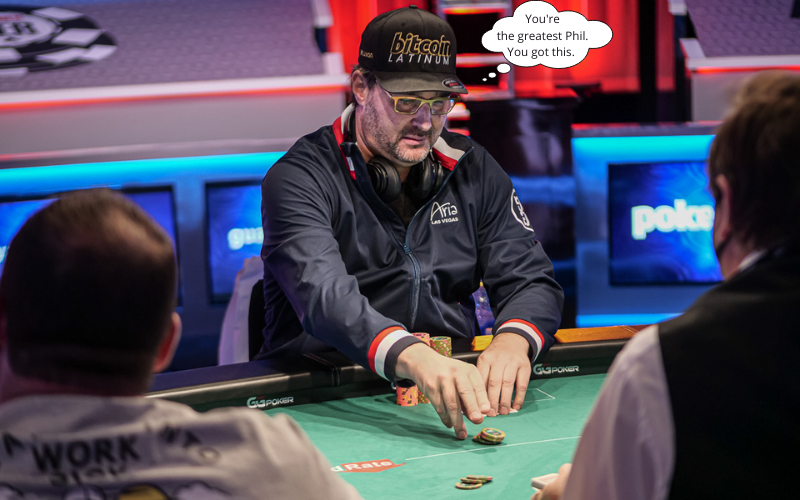 In the mind of the great one…

“This guy is a solid player. Not as good as I am, but solid. And he makes a huge reraise against the greatest player in the history of poker? He must have a monster. I have to fold my two queens here. I’m the only player at this table good enough to fold. Everyone else is terrible.”

Now, let’s look at the other side of the situation. Imagine you have two kings in the small blind and Phil Ivey raises from middle position. If you reraise, he’ll know that you have a big hand and fold. And you won’t make much on your kings, which can be really tilting.

So you just flat call to disguise your hand. And what will Ivey think?

*Screen goes black and, when it fades back in, we can see through the eyes of Phil Ivey. The green reticle of a sniper scope focuses on each player as he looks around the table.* 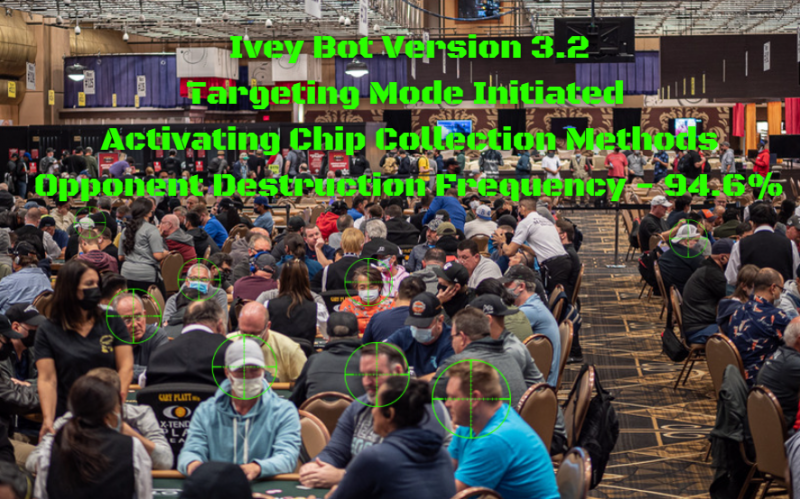 We have it on good authority that this is how Phil Ivey sees a room full of poker players.

“He must have a weak hand. I will destroy him. I will show no emotion and no mercy.”

You see? As disturbing as that brief look into Phil Ivey’s head was, we can be certain that he thinks we have a weak hand. It will be easy to outplay him after the flop even though he’s Phil Ivey and we’re out of position because he doesn’t know that we have two kings.

And now, since we’re on the topic of famous poker players named Phil, let’s run one against Phil Laak where you have ace-king in the big blind and he raises the button. He probably doesn’t have a hand raising the button, so it’s best to flat call here and make him think we just want to see a flop with a weaker hand. Now, what will he think about our hand? Let’s take a look inside the Unabomber’s head and see how the hand plays out.

*The screen changes to a photo negative and then back, and we’re inside a huge, empty room. Objects appear at random, floating in the air. A spaceman floats by, followed by a Cheshire cat chasing the dot from a laser pointer. Everything is wrong. Up is down, left is right, and psychedelic trails follow every object. We witness the edge of sanity. Our place in the universe is nothing. A cartoon octopus plays in the rings of Saturn. We taste colors and smell sounds. Reality ceases to hold meaning.* 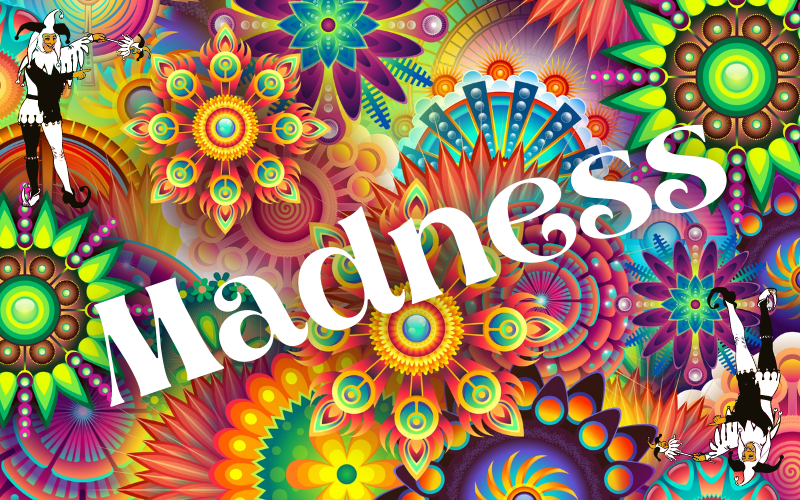 Wow. Okay, getting into Phil Laak’s head was a mistake. Let’s just do our best to pretend that never happened. Maybe a therapist can help us work through the psychedelic trauma of being inside the head of a clinically insane poker wizard. Clearly, we don’t have a strategic advantage against Laak. Let’s move on. We still have a strategic advantage against all of the other world-class players as long as we disguise our hand by not making the obvious play.

You may wonder what we do if we run into a player who catches on to what we are doing and goes up another level. Now they’re assuming — and correctly so — that we’re playing the opposite of our hand strength preflop.

The answer to this is simple. We know that world-class players pay attention to the table. So, the first time we show down a hand where we have played it at Level 2 and disguised the strength of our hand, we know that they know what we’re doing. So, we switch it and go back to Level 1 where we play our hands in a straightforward way.

Wait. Why did a unicorn just float through my field of vision eating a plate of spaghetti? I think Phil Laak’s insanity has rubbed off on me. Why do all the clouds look like Jennifer Tilly? That trip inside Phil’s head may have affected me more than I realized.

*Purple Haze by Jimi Hendrix plays, increasing in volume. Fox turns the volume all the way down on his speakers, but the music still fills the room.*

I was worried this would happen. I’ve sacrificed my sanity to help you learn to play poker and now I have the urge to put on a spaceman outfit and play high-stakes poker, and make wild prop bets with Antonio Esfandiari. I need to go lay down. I probably just need some sleep. Did I even really write this? Is anything real?

Editor’s Note: Fox is recovering at home. His wife reports his condition is stable and the hallucinations are subsiding. He’s seeing a therapist and received medication to help with his erratic behavior. He’s up $36,000 playing online poker in the last 48 hours by “channeling the spirit of the spaceman.”