World Series of Poker footage shows Daniel Negreanu suffering a bad beat while playing the $250K high roller the other day. The moment was caught on video. We can watch him slam the table in anger and then throw his camera on the ground, before leaving the table in frustrated rage. 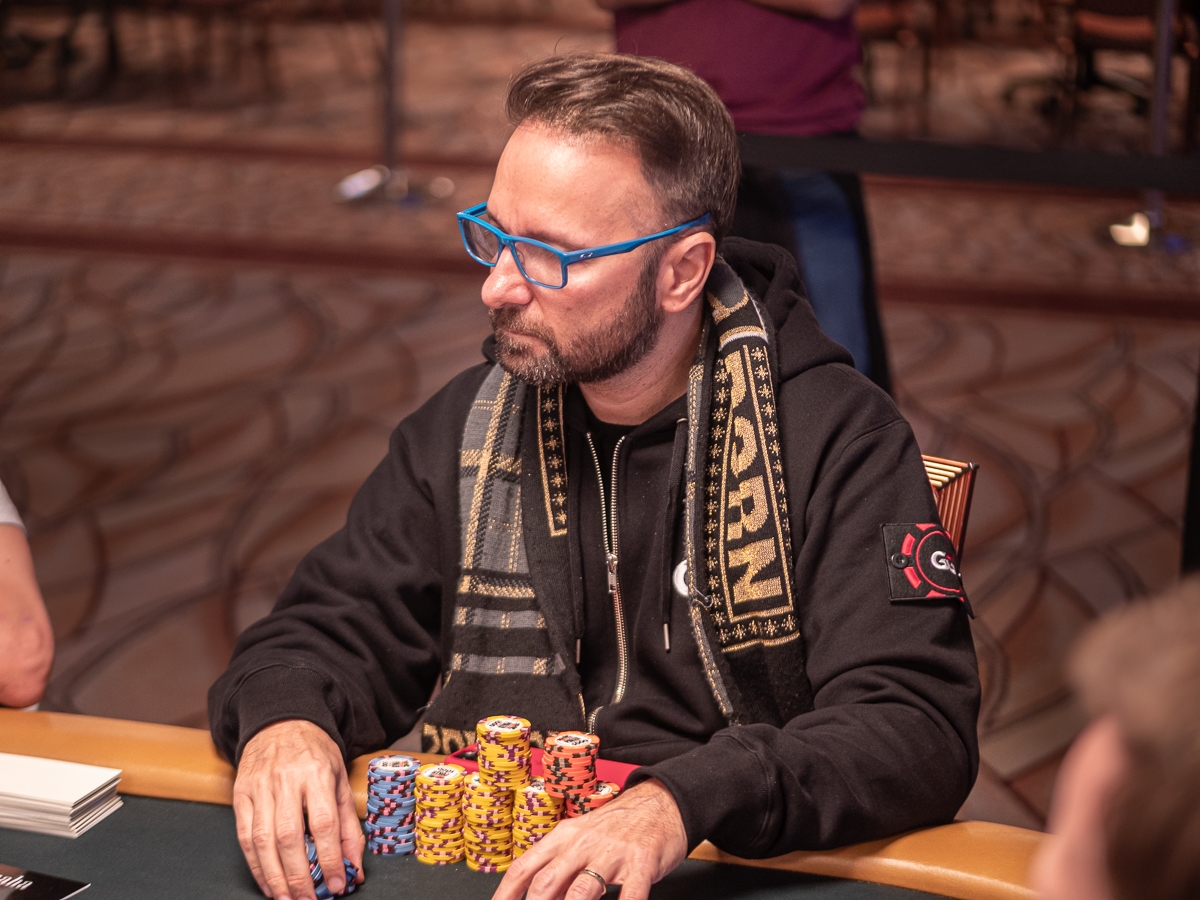 Daniel Negreanu, who has been a consistent winner at the WSOP, is down almost $1 million so far in this year’s series, thanks in part to a beat beat in the $250K Super High Roller event. (Image: Chris Wallace/CardsChat)

The hand in question saw Negreanu get his money in good after calling David Peters’ three-bet shove of 1.5 million. Negreanu, who called for less, showed pocket 10s, dominating Peters’ Q♠-10♠. The K♦ 9♠ 6♥ gave Peters a gutshot and the 7♠ turn gave him a four-flush. A third spade on the river ended the hand and sent Negreanu ballistic.

Poker player Tony Kouman was there to capture the moment.

Check out the hand recap here:https://t.co/6cUFqWmC5y

Though few if any of us play $250K tournaments, we share a knowing feeling we have when we watch the scene. Though many of us may have secretly enjoyed the spectacle, seeing that even the poker greats like Negreanu aren’t immune to the frustration of a particularly bad beat, we can all appreciate the pain, having had equivalent moments in our own play.

Make no mistake, it was a bad beat, going from the favorite to the loser on that hand. And, while Negreanu, who has more than $46 million in lifetime earnings — and who was in the event for $500K after re-entering — can probably afford to absorb the loss, dropping a half-million on the turn of two cards has to sting.

But, putting the money aside, the question is, was the beat really so bad as to be “soul-crushing,” as some described it.

Negreanu wasn’t as far ahead as you might think

Let’s look at the hand from the perspective of how far behind Peters was before the flop.

It’s an awful feeling to go from being a favorite to a losing hand and, within the context of poker, the outrage and explosion seem to fit. But when you put the odds in the perspective of another gambling endeavor, horse racing, the feeling of outrage seems oddly misplaced.

Horsemen tend not to get upset about upsets

We’re just a couple of weeks past the end of the 2022 Triple Crown, which many consider to be the most prestigious series of horse racing events held each year. Consisting of the Kentucky Derby, the Preakness, and finally, the Belmont Stakes, each of this year’s races was won by a horse other than the favorite. As it turned out, the betting favorite finished second in each race.

For the favorite in these races, these were surely bad beats. They were actually worse beats than what Daniel suffered against David Peters in the $250K Super High Roller, but there was no gnashing of teeth, no storming off the track, no demonstrations of rage and fury by owners, trainers, or jockeys. In all three big horse races, the favorite just lost.

Sure, those who invested time, money, and effort into backing the beaten favorites weren’t happy about the outcome, but they accepted it. In horse racing, a 5 to 1 shot winning is no big deal.

A matter of perspective?

We poker players seem to make much more of bad beats than do our horsemen brethren, even though our beats are often much more common. When AA loses to 7-2, it’s treated like an impossibility when, in reality, it’s the equivalent of a 9-to-1 shot winning a race – something that happens regularly.

We all act as if AA losing to KK is a terrible, soul-crushing bad beat, but it’s no worse than the 5-to-1 shot winning in the Preakness and Belmont. And, as we saw, Daniel’s bad beat — called “soul-crushing” by some — was so common as to be more likely to happen than a 2 to 1 betting favorite winning a horse race.

I don’t know why we poker players get so upset about events, that in the rest of the betting world are considered par for the course. But I do think we have something to learn from horse racing. Perhaps we should hang around the track more often. Maybe some of their acceptance of underdogs winning will rub off on us, and we’ll be more likely to take our bad beats in stride.