The inaugural Aria Super High Roller Bowl was a big hit last year. Some 43 players anted up the $500,00 entrance fee for a shot at a handsome $7.5 million payday. 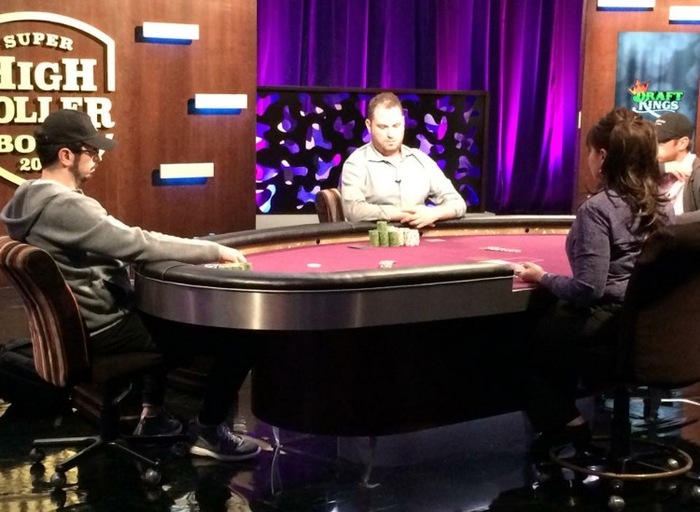 This year’s event won’t be quite so pricey to enter. For just $300,000, you can join the party. Well, not anymore. The tournament is sold out.

In just two months, Super High Roller Bowl II sold all of its allotted 49 seats. And according to Aria’s Director of Operations Sean McCormack, there is a large wait list of players ready to step in for anyone who backs out.

The tournament will take place at the Aria Resort & Casino on the Las Vegas Strip. Unlike the World Series of Poker and most major poker tournaments, only those with media credentials will be allowed on the tournament floor, besides the players and staff, of course.

Poker Central will broadcast the event, which takes place May 26, but has yet to release specific show dates.

The Super High Roller Bowl will begin with 49 players at seven tables. There’s no need to bust out a calculator. That breaks down to seven players per table, and you’re welcome.

Many of last year’s competitors are back for a second shot, along with some new faces. The defending champion, Brian Rast, will return to fight for his title.

The 2015 runner-up, Scott Seiver, will be hoping for a slightly better outcome this time around, although the $5.1 million prize for second place wasn’t too horrible as consolation prizes go. Daniel Negreanu, now an American citizen, is back again as well, this time hoping to cash.

Phil Hellmuth headlines the new players entering the Aria Super High Roller Bowl. He brings 14 World Series of Poker bracelets, a record, and a self-proclaimed “greatest poker player ever” mentality to the event. Hellmuth has always been good for television ratings.

Didn’t see Phil Ivey’s name above? That’s because he isn’t among the list of participants. Ivey competed in the 2015 Super High Roller Bowl, but won’t be doing so this year.

The man considered by many as the greatest player in the game has been noticeably absent in major US poker events in recent years. He has spent most of his time playing high stakes cash games in places like Macau, China. Maybe he needs the big cash wins to cover his enormous legal bills.

Ivey was once considered a threat to Hellmuth’s WSOP bracelet record. He currently has eight. But he hasn’t made the WSOP a priority the past few years, and now with six to go to catch up, it’s going to be an uphill fight if he ever wants to match the Poker Brat’s current standard.

Ivey only competed in a couple of WSOP events last year, and it’s not known if he will be in attendance this coming summer. He won’t be participating in the Aria Super High Roller Bowl. That much we do know.