The Asian Poker Tour is relocating next month’s APT Philippines 2017 series, which was scheduled to take place at Resorts World Manila before the casino had its gaming license unexpectedly suspended earlier this month. 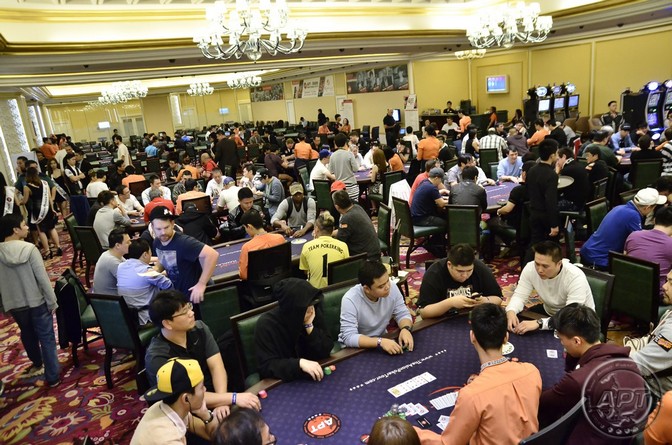 The new location for the event will be at the Winford Hotel & Casino, a luxury resort nine miles across town, in a different sector of the Philippine capital. That site also happens to be home to the APT Poker Room Manila, which just opened this past spring.

Resorts World Manila’s casino floor remains closed ever since a lone attacker entered on June 2 and shot up the space while lighting fires that resulted in 37 deaths. Philippine gaming authorities suspended the hotel’s gaming license indefinitely as they investigate alleged safety and security lapses at the casino resort.

When the APT Poker Room Manila at the Winford hotel held its grand opening in April, the stated intent was to offer an intimate setting for poker players in the north part of the city.

“We are the only five-star poker club that will be operating in this area,” Winford Chairman and CEO AlFonso Reyno, Jr., said at the time of the poker room’s opening.

The plan was to eventually bring major poker tournaments to the Winford, according to Operations Manager Raymund Gamier. “This is what the Philippines needs, new players and a new market,” Gamier said. “Opening here may help create new players for the industry.”

But the development timeline had to be accelerated when Resorts World Manila lost its license after the attack. With the APT Philippines needing an alternative location, it only made sense to turn to the newly opened home of the APT Poker Room.

The APT’s relationship with Resorts World Manila has been solid since long before the June 2 attack. Over the course of more than seven years, the tour has staged 19 events there, including its latest major, the APT Championships Philippines, which was held at Resorts World in April and May.

In a press release issued on Tuesday, tour officials insisted that the venue-change was temporary, and their relationship with the hotel and casino would not change. Resorts World Manila is still slated to host the APT Philippines 2017 II in September.

But uncertainty surrounds the troubled resort as the Filipino public seeks answers. Not only are executives fighting to get back a gaming license so they can reopen the casino, but also the company is facing elevated scrutiny and pressure from government officials, as well as lawsuits from victims’ families.

It will take some time before a poker tournament can begin to ease the stigma of an attack that has left an indelible stain on the facility.