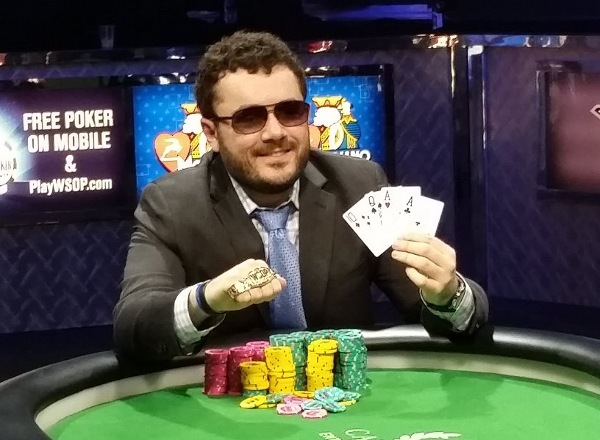 Zinno lead throughout the entire final table, putting together a commanding performance to win the $25,000 High Roller Pot Limit Omaha event on Wednesday. The win earned Zinno not only his first WSOP bracelet, but also a prize of $1,122,196.

The American from Massachusetts is having an incredible year in the poker world. He won the World Poker Tour Player of the Year award in the last WPT season, a performance that included two consecutive titles late last year. He has also been on fire at the WSOP, as this marked his fifth final table of the series.

Results like that have put Zinno right into the middle of the WSOP Player of the Year race as well, as he currently sits second, behind only Mike Gorodinsky for that honor. It’s an incredible run that’s hard to explain, though Zinno put a rather logical spin on his accomplishment.

But luck wasn’t the only factor in Zinno’s success.

“I’ve been playing my A-game, trying my best: no drinking, no partying, sleeping well, taking it very seriously,” he said. “I had to realize a few years ago that this is my job, this is my passion, and I want to be one of the best.”

Despite his massive successes in the last 12 months, however, Zinno still says that he isn’t quite ready to put himself up amongst the all-time legends of the game.

“I hope maybe in five or ten years to be in the ranks of a Daniel Negreanu, someone who put heart and soul, blood and tears into this game,” Zinno said. “These players put everything in to promote that poker is a good game. Those are the legends, because of what they’ve done for the game. Maybe I’m one of the best skill-wise, but there’s a lot more than being skilled at a game.”

More than 200 players ponied up a $10,000 entry fee for the H.O.R.S.E. Championship, traditionally one of the WSOP’s toughest tests. At the end of one day of play, 122 players remain in contention, with Eli Elezra grabbing the chip lead. 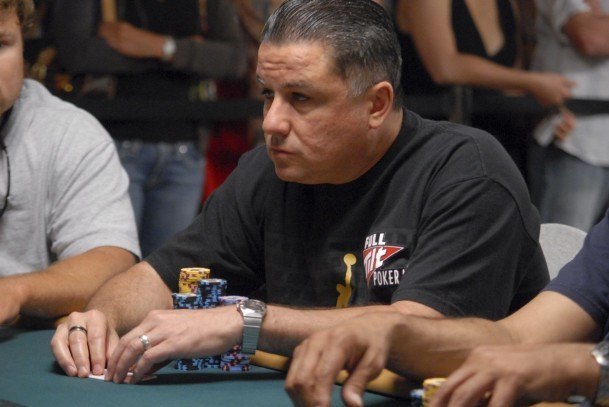 Eli Elezra is having an amazing 2015 at WSOP with six total cashes, including first in the $1,500 Seven Card Stud event.(Image: allactorspicsblogspot.com)

A look at the leaderboard shows just how many of the world’s best players (particularly those who specialize in mixed games) are playing in this event. David Chiu, Greg Raymer, Ted Forrest, and Scotty Nguyen all recorded top ten stacks at the end of the day, while John Hennigan, Joe Cassidy, Joe Hachem, Bryn Kenney, and Barry Greenstein are in the top 25.

Plenty of other notables are also further down the list, including Daniel Negreanu, Mike Matusow, and Huck Seed, who each hold very short stacks. The top 24 finishers will cash, while first place will earn $516,766.

Little One for One Drop Reaches Day 3

Jonathan Kamhazi of Venezuela leads the Little One for One Drop heading into Day 3 of the competition. He heads a field that still contains a few notables, including Men Nguyen, Matt Stout, and Jonathan Little.

Wednesday’s play also saw the end of the run of our last surviving member of Team CardsChat, Carl DiVeglia. Carl busted just short of the money, but still won the CardsChat last longer challenge, which will earn him an $800 prize. Great job, Carl!

Only four players remain in contention in the $1,500 No Limit Hold’em event, with Haixia Zhang holding a slight chip lead heading into Thursday’s final session of play. Zhang is looking for her second career bracelet, having won the Ladies Championship last year. There was a lot of excitement on the rail for this event when 2006 Main Event winner Jamie Gold reached the final table before falling out in fifth place.

2,178 players came out for the $1,500 Bounty No Limit Hold’em tournament, generating a prize pool of nearly $3 million (with more than $1 million of that being tied into the $500 bounty on each player in the field). At the end of the first day, Christopher Brammer had taken the pole position, while Eric Baldwin, Gavin Smith, and JC Tran were among those still alive heading into Day 2.

The only bracelet to be awarded on Thursday will come from the $1,500 No Limit Hold’em event, which should end fairly early. Other than that, all other events still have a long way to go before crowning a winner.

Thursday will also see two more events added to the WSOP schedule. But for the first time this summer, not all of the action will be contained inside the Rio. 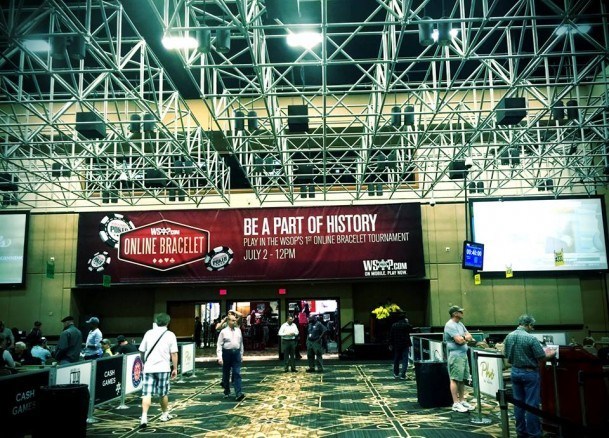 The very first online WSOP bracelet event kicks off today. Anyone within the Silver State’s borders can play. (Image: CardsChat.com)

At noon, the first-ever WSOP.com Online No Limit Hold’em bracelet event will be held, allowing players to put up $1,000 to compete for a WSOP title from anywhere within the borders of the state of Nevada. While most of the tournament will take place online, the final table of six will convene at the Rio on July 4 to play down to a winner.

At 4 pm Pacific Time, the $1,500 Seven Card Stud Hi/Lo tournament will kick off. This is the last straight non-Hold’em event to run in this year’s WSOP, though mixed game players will still have the chance to play in the $10,000 Dealers Choice Championship that begins on Friday.