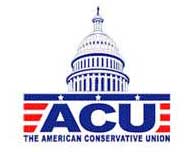 The American Conservative Union voices opposition to RAWA: “We are disappointed that on this issue [Chaffetz] is taking the side of big government,” it said.

The American Conservative Union ACU has dealt a blow to Representative Jason Chaffetz’ hopes of gaining a hearing on Capitol Hill for the Restoration of America’s Wire Act (RAWA).

A week after Chaffetz reintroduced RAWA for the 2015 legislative session, the ACU stated its opposition to the anti-online gambling bill.

RAWA wants to overturn the 2011 legal opinion by the Department of Justice, which asserted that the Wire Act only prohibits sports betting over the internet.

This ruling opened the door to the state-by-state regulation of online poker and casino games and its reversal would effectively dismantle the online gaming regulation that has already occurred in Nevada, Delaware and New Jersey.

While Republicans often share Chaffetz’s concerns about online gambling, it’s the states’ rights issue that many, including the ACU, find difficult to swallow.

“Jason Chaffetz is a good conservative with an American Conservative Union lifetime rating of 94 percent,” said ACU Executive Director Dan Schneider, whose organization provides annual rankings for American politicians based the degree to which they agree with conservative ideals. “However,” he continued, “we are disappointed that on this issue he is taking the side of big government.

Trust in the States

“The ACU trusts governors, including the 31 Republicans, to set the gambling regulations in each state; whether that is prohibition or regulation. The federal government does have a role in legitimate law enforcement matters, but it should not take on the added responsibility of overriding a state’s inherent police powers. Indeed, Congress already has expressly supported the rights of each state with this activity in the Unlawful Internet Gambling Enforcement Act of 2006 where the fundamental principle of states’ rights was preserved.”

The ACU is a multi-issue, umbrella organization that specializes in grassroots organizing and supporting conservative leadership, and considers itself to be America’s oldest conservative lobbying group. Its mission statement proclaims its commitment to “a market economy, the doctrine of original intent of the framers of the Constitution, traditional moral values, and a strong national defense.”

It has a strong influence within the Republican Party; in 1975 it launched and orchestrated the campaign to elect Reagan, one of the first independent campaigns on behalf of a presidential candidate.

RAWA was referred to the Judiciary Committee in both the House and Senate in 2014, but failed to receive a hearing. Reports suggest, however, that Sheldon Adelson is building his sphere of influence and redoubling his efforts to push the bill through.

Schneider appears to nod to Adelson’s behind-the-scenes involvement when he says: “Conservatives don’t have to agree on the value of gambling, but we should agree that it is unwise to use the brute force of the federal government to try to stop states from making their own decisions on this activity, especially if the reason for this action is to support gambling entrepreneurs in Las Vegas.

Unfortunately for them, what happens in Vegas doesn’t stay in Vegas; it should be up to the states to determine if they want to reject or accept Vegas.”

When are these people going to realize that if people want to gamble, they are going to find an outlet to do so. Finding these alternative options are more harmful to the general person than creating a regulated environment. Better to spend money regulating a safer option that will give you a return than spending money to prevent gambling in its entirety.

I cant believe I side with the American Conservative Union on this issue !