Even poker players who despise Sheldon Adelson can appreciate his generosity during trying times in Las Vegas. After a meeting with the President Donald Trump in the immediate aftermath of Sunday night’s mass shooting on the Strip, the man who has long fought to keep online poker illegal in the US has agreed to donate $4 million to assist victims and their families, through the Adelson Family Foundation and the Las Vegas Sands corporate charity arm, Sands Cares. 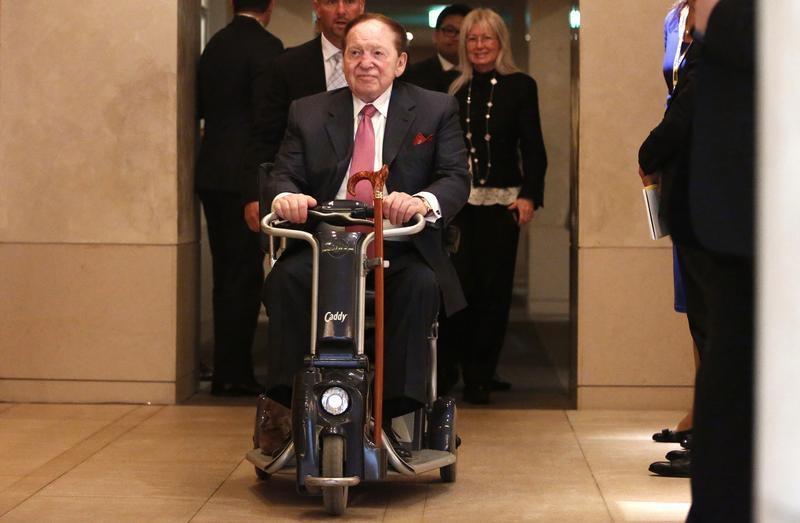 Sheldon Adelson, through his Sands corporation and family foundation, was quick to roll in with $4 million to help the victims of the Las Vegas mass shooting and their families. (Image: Business Insider)

The mass murder at the Route 91 Harvest Festival was the deadliest in modern US history, with 58 concertgoers losing their lives, and more than 500 injured and still filling hospital beds throughout the Las Vegas valley.

Gunman Stephen Paddock used semi-automatic weapons rigged with “bump stocks” to make them more lethal, capable of spraying hundreds of rounds per minute from a 32nd floor suite at the Mandalay Bay onto a crowd of country music concertgoers.

Adelson stepped up to the plate without hesitation, promising assistance through two charities he controls to the many victims’ families suddenly hit with travel expenses, medical bills, and funeral costs.

Both Sands Cares and the Adelson Family Foundation will direct $2 million each towards helping “the courageous victims, festival-goers, first responders and medical professionals who joined together to save lives,” according to a joint press release from the two Adelson charity efforts. Some money will also go towards Las Vegas’s “city resources to respond to crisis and disaster situations.”

Prior to the shooting, Adelson had a scheduled Monday morning meeting at the White House with Trump to discuss policy issues near and dear to the 84-year-old GOP megadonor on Monday morning. On their agenda supposedly was Trump’s promise to move the American in embassy in Israel, which is important to Adelson but hasn’t yet been acted on by Trump. And who knows if the biggest Republican donor would mention his desire to ban online gambling.

But due to the tragedy in the hometown of the richest man in Nevada, Trump and Adelson reportedly shifted their focus to another topic: helping victims. Details of the meeting aren’t public, but the president’s son-in-law, Jared Kushner, also reportedly sat in for the conversation.

Adelson, who owns casino resorts in Las Vegas, Macau, Singapore, and Pennsylvania, purchased the Las Vegas Review-Journal in 2015. In October 2016, the newspaper became the first to endorse the then GOP nominee for president.

To many in the poker world, Adelson is a villain. He’s long fought to ban online poker, and has gotten in the way of many efforts to license and regulate it. But he’s also Chairman and CEO of Las Vegas Sands, corporate owner of the Venetian, home to one of the most popular poker rooms in Las Vegas.

Some poker players refuse to play at Venetian, boycotting his live casino poker room because of his anti-online poker crusade. But for all his haters, few realize the casino magnate also has a generous, compassionate side, seeking simply to do what he can to help in a time of need.

Over the years, Adelson has helped fund numerous charitable causes, and supporters say he tries to keep his politics separate from his philanthropy. The Adelson Family Foundation primarily funds social programs in Israel and medical research. They also have given $55 million since 2006 to help build and develop the Adelson Educational Campus, an effort to bring top-notch K-12 education to the desert.

Sands Cares prides itself on fostering a culture of volunteerism among the company’s 50,000 employees. Their programs have been recognized as leaders among corporate efforts to support environmental sustainability and fight climate change.

And now, in addition to thinking globally, he’s acting locally, giving back to his hometown by providing some sense of comfort for victims of one of the most horrific tragedies in American history.

“No amount of financial resources will erase this terrible tragedy or bring back those who lost their lives because of it,” the Adelson spokespeople said. “To honor the memories of those lost, we must help rebuild the lives of people impacted and provide much-needed support to the organizations helping in that effort.”

Too bad he didn’t twist Trump’s arm to do something about the gun epidemic in the US.