Anyone who thinks there’s no action on crypto poker sites may need to think again as Tony G and Leon Tsoukernik recently played a pot worth almost $2 million. 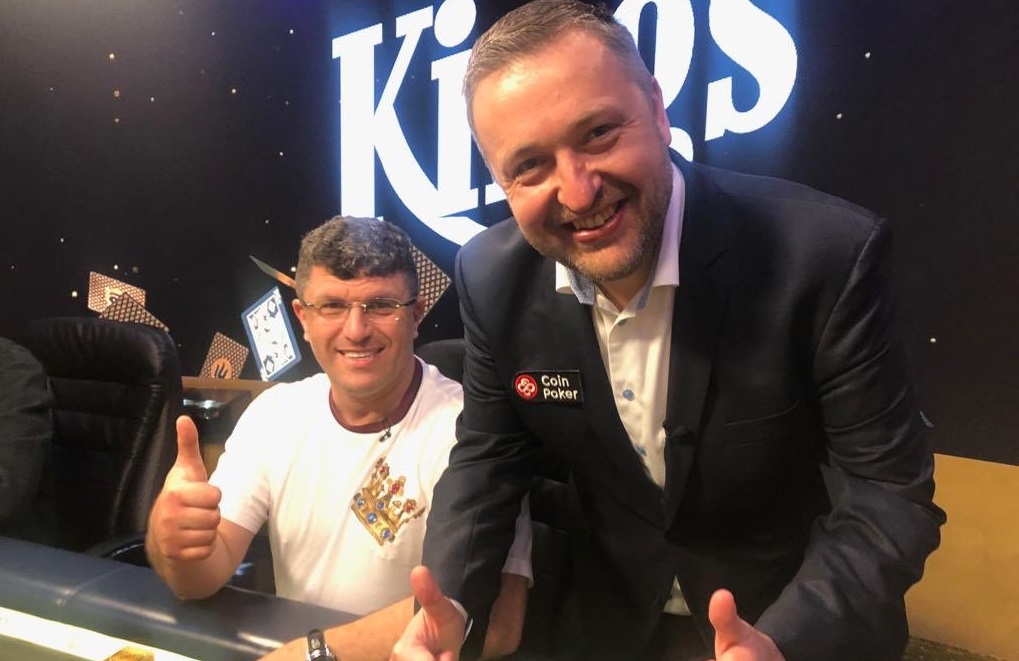 Tony G and Leon Tsoukernik shared a pot worth more than $1.8 million on the crypto gaming site, CoinPoker. (Image: Twitter/TonyGuoga)

The monumental hand would have been the biggest pot in online poker history if either player had scooped it. As it transpired, the money in the middle ($1,820,783) was split when both players made aces and jacks.

Regardless of the result, the $1K/$2K Pot-Limit Omaha game on CoinPoker has caught fire in recent weeks. With G, King’s Resort owner Tsoukernik, and other high-stakes players anteing up, more seven-figure pots are likely, which could be the catalyst crypto poker sites need.

Tony G has long been a fan of cryptocurrencies and their place in the gambling industry. He founded CryptoNews.com, set up a blockchain center in his home country of Lithuania, and was an advocate of Bitcoin et al during his time as a member of the European Parliament.

He’s also a poker player, so his association with CoinPoker is a natural fit and something he’s using to boost the profile of crypto poker and his own bankroll. Of course, playing a pot worth $1.8 million is big news, regardless of the setting.

💰 @TonyGuoga (Founder of @cryptonews) takes part in the biggest online poker pot of all time on @CoinPoker_OFF. pic.twitter.com/j7KpjRqZYE

Viktor Blom and Patrik Antonius played a pot worth more than $1.3 million in 2009 and that remains a seminal moment in the history of online poker. Whether or not the G vs. Tsoukernik can be classed as a new record is a matter of debate. Had the pot not been split, it certainly would have been. Because the hand was a chop, however, purists will say it’s not. The point is, though, people are talking about it.

As it transpires, the $1K/$2K table isn’t even the biggest game on CoinPoker; for those with enough crypto, the site offers a $3K/$6K table. Filling that table would be tough, but Triton Poker’s live cash games have shown that there are plenty of suitably bankrolled players willing to play for those sorts of stakes. The question then becomes, would they be willing to do it online?

The fact that CoinPoker offers a decentralized service could tempt the game’s biggest ballers to give it a try. In simple terms, the site uses decentralized RNG algorithms (see video below) to mimic the shuffling of cards. This means the RNG isn’t controlled by a single authority and is, therefore, tamper-proof.

CoinPoker also accepts deposits in a variety of tokens, including Bitcoin and Ethereum. All games are played with USDT, which is also known as Tether. USDT is a stablecoin because its value is linked to the US dollar. (i.e., 1 USDT is worth $1).

This makes it easy to see the amount of money involved in any individual hand played, and in any player’s stack. However, USDT is a crypto token and that, combined with the fact users can make payments in Bitcoin and Ethereum, makes CoinPoker different from traditional online poker sites.

Of course, CoinPoker isn’t alone in the crypto poker market. Virtue Poker, which is promoted by Phil Ivey, offers a similar service. Also making waves in recent months is PokerFi, which not only offers crypto-based poker games, but will also be minting NFTs and selling virtual plots of land in its own Metaverse.

All of this is a new frontier for poker and, until now, has been very much a niche market. With mainstream news outlets such as Yahoo Finance reporting on Tony G’s latest pot, this may be a turning point for decentralized gaming.