A new Finnish documentary series on YouTube (with English subtitles) lets it be known that Finnish poker is about more than Patrik Antonius, but still credits him for putting Finnish poker on the map. 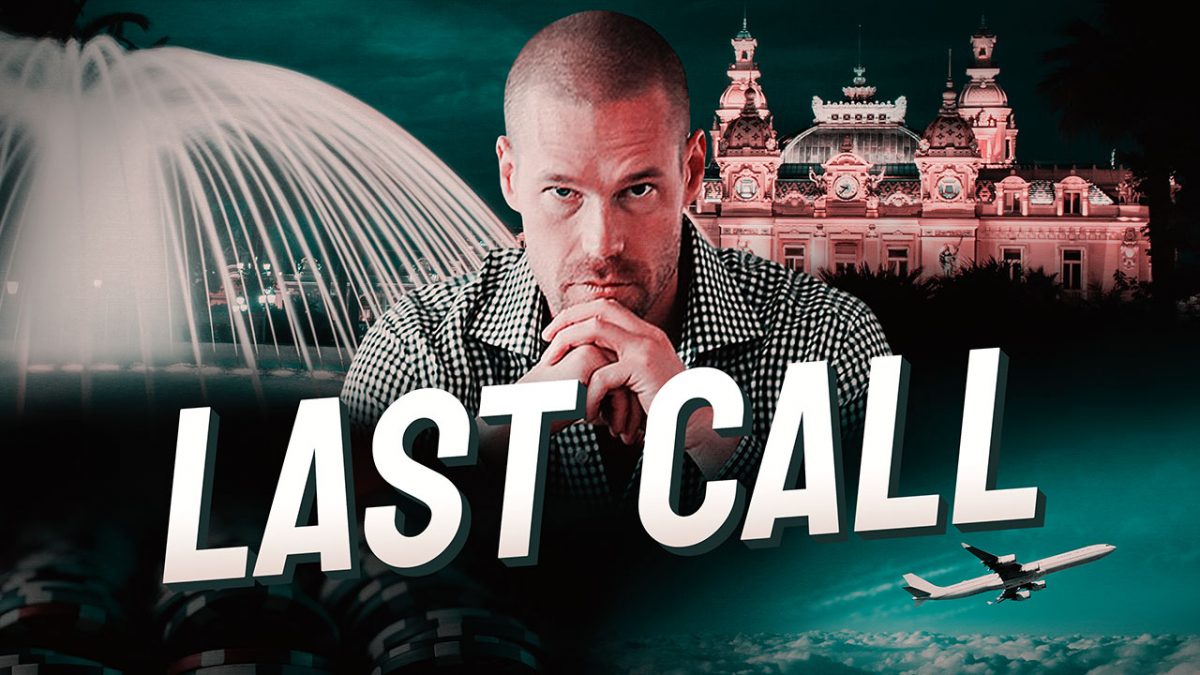 Patrik Antonius is more famous in the US than he is in Finland, the makers of Last Call pokeridokumentti contend. (Image: YouTube/Pokersiviut)

The four-episode docuseries, “Last Call,” travels around Europe to reveal a pulse of poker shifting away from American soil. Already, the show has captured nearly 100,000 views. CardsChat spoke with Miika Anttonen, one of four executive producers on the project (and the lone screenwriter) to learn about the untold story this series is trying to capture.

Filmed on location in Estonia, France, Monaco, Ireland, and, of course, Finland, “Last Call” lets viewers into the world of high-stakes European poker.

While a decade ago it might have been unthinkable to exclude Las Vegas from any serious poker story, original plans to film in the US were scrapped due to COVID travel restrictions, and Anttonen said he believes it worked out for the better, as not many poker fans know what it takes to make it as a high-stakes European pro.

Working with a five-figure budget, the production isn’t just someone posting an interview recorded on their phone to YouTube.

“We felt like if we’re going to have people like Antonius and Jens Kyllönen (aka “Jeans89″) tell their stories for the first time, we had better do it right,” Anttonen said. “We used three different cameras to shoot every scene and didn’t take any shortcuts.”

(He credits cinematographer Matti Harju for the production value.)

What the Finnish started

Though not the first place that comes to mind when people think of poker hotspots, Finland has been home to high-stakes crushers since the early days of the internet.

“If you look at the 20-year history of online poker, there’s always been at least one Finn, usually more, at the very top of the food chain,” Anttonen said. “The Negreanus and Hellmuths of the world get most of the media attention, but at the absolute toughest games in the world — online nosebleed cash games — no other nation has done as well as Finland and it’s not at all close.”

“We are a country of just 5.5 million people,” he said, “yet we have produced more high-stakes crushers than any other country.”

The first episode, titled “Teenage Millionaire,” features “Jeans89,”  the online monicker for Jens Kyllönen, talking about a quick learning curve in poker, and how committed players from Finland have risen from newbies to the highest-stakes games in just a couple to a few years. Finnish music producer Dan Tolppanen, also known by his rap persona Uniikki, shares stories of living large with Kyllönen and Sahamies, and how music videos really introduced them to the Finnish public.

Episodes #2 and 3, “The Prince of Monaco,” were filmed mostly in the living room of Antonius’s palatial home, where he tells the story of going from newspaper delivery boy to poker pro, then turning €200 into more than €20 million, changing residences along the way to keep the taxman at bay.

“It’s a crazy paradox that our most legendary players like Patrik Antonius are more famous outside of Finland than they are here,” says Anttonen.

As noted in Anttonen’s pokeridokumentti, poker has changed since the Moneymaker boom of the early-2000s, when No-Limit Hold’Em was exploding across the US. Now, the international community plays a much greater role.

For example, in the WSOP Main Event 2019, Americans made up 71% of the field. But only 41% of the final 50 players were from the United States. The 2021 Main Event winner was German pro Koray Aldemir.

In the final episode, which has yet to be released, “Last Call” travels to Dublin to follow CardsChat ambassador Dara O’Kearney.

“The Irish truly love poker,” Anttonen said, “and showing what the poker experience is like for someone playing in a €300 International Poker Open while also interviewing one of their most famous players in Dara was the perfect ending for season one.”

It’s a nice watch if you can get past the subtitles, which Anttonen insists are to the viewers’ benefit.

“I can assure you that following them is a walk in the park compared to trying to make sense of our ridiculous accents.”