Poker pro Yevgeniy Timoshenko has become the latest player to take legal action against one of his peers for an unpaid debt. 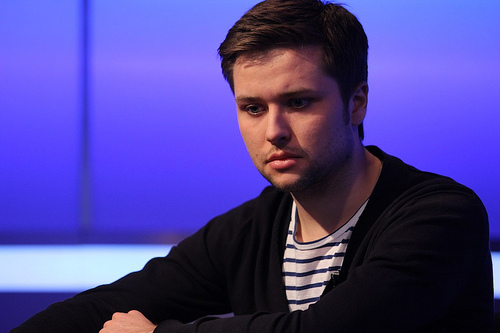 Poker players with outstanding debts is nothing new, but in the pending legal case between Ukrainian Timoshenko and Frank Gu isn’t a prop bet gone. According to a report by the New York Daily News, Timoshenko filed a case against Gu on March 29 because of a series of unpaid rental debts.

Timoshenko Has the Skills to Pay His Bills

Although he’s continued to cash in poker tournaments around the world in recent years, Timoshenko enjoyed his best run to-date between 2008 and 2009.

After making a name for himself online under the moniker Jovial Gent (he has $4.8 million in online earnings), Timoshenko proved himself in the live arena by winning the 2008 Asian Poker Tour $5,300 Main Event in Macau.

Following that $500,000 win, Timoshenko enjoyed a series of deep runs in tournaments across Europe and the US before winning the $25,500 Seventh Annual Five Star World Poker Classic. That win not only earned him his first world title and $2,149,960, but propelled him on to the world stage.

Since then the American-based pro has earned more than $7 million in live tournaments, but a debt is a debt and that’s why he’s filed a lawsuit at Manhattan Federal Court.

As detailed in the court papers, Timoshenko is seeking $90,000+ from his former roommate for unpaid bills and loans.

The pair co-signed a rental agreement on a $7,000-per-month apartment in Union Square, New York, back in 2010 but parted ways just a year later in September 2011.

With Black Friday likely having a lot to do with Timoshenko’s decision to move out, the players went their separate ways.

But according to Timoshenko, the breakup left a number of financial holes in their relationship. The outstanding debts that Timoshenko is seeking payment for include:

A $50,000 advance which was supposed to be used for investments in penny shares

$1,800 for legal fees linked to problems with the above penny shares.

$1,160 for courtside tickets to a basketball game.

$10,000 Timoshenko asked Gu to keep safe while he was out of the country.

The Hendon Mob’s database shows that Gu only has $9,945 in live earnings which is 10 times less than the money Timoshenko is claiming.

At this stage the New Jersey native hasn’t responded to questions from the media, but Timoshenko’s lawyer Mark Jaffe told the New York Daily News that his client believes this is a clear-cut case where the facts “speak for themselves.”

Why, are you trolling for a lover?