Year of the Recreational Player: Poker Newbies and Amateurs Get Their Due in 2017
December 29, 2017 Online Poker

Year of the Recreational Player: Poker Newbies and Amateurs Get Their Due in 2017

The rise of recreational poker finally came to fruition in 2017, with sites courting low-stakes players by offering a less serious game and more bang for their buck. 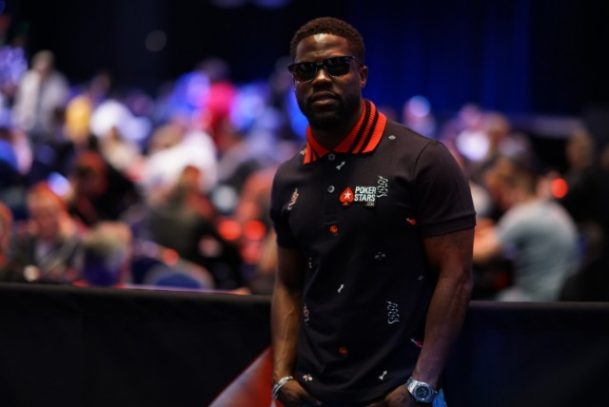 Kevin Hart has helped show newbies and casual players the lighter side of poker in 2017. (Image: PokerStars)

As regulation and market forces have imposed change on the poker industry’s major operators, newbies and casual players have started to receive more attention.

Indeed, the seeds of change may have been sown in 2016, but it was over the last 12 months that they really started to blossom.

The first sign of change came at Partypoker, when they announced the signing of John Duthie to their team. Party drafted the founder of the European Poker Tour to oversee a new tournament series called Partypoker Live.

Designed to fill a gap left by PokerStars’ 2016 decision to replace the EPT with Global Championships and Festivals, Partypoker Live attempted to bring more value for all players with their tournament offerings.

In announcing his new role, Duthie promised to make the festival as player-friendly as possible.

“I believe there is a gap in the market for an operator whose primary focus is poker and who will listen to, and work with, the poker community,” Duthie wrote on the Partypoker blog back in February.

Since going live, the new series has offered international low- and high-stakes tournaments with major guarantees. In line with the series, small-stakes satellites have given amateur players the chance to ante up alongside the world’s best in a dynamic that’s reminiscent of how things used to be during the poker boom, when Duthie created a model for live tournaments connected to online sites that many would copy.

While Partypoker was upping the ante for recreational players in the live arena, PokerStars ushered in a new rewards system in July that sought to change the player loyalty dynamic. Titled “Stars Rewards,” the system attempted to give players smaller, more frequent rewards based on their specific level of play.

Unlike the longstanding VIP system that it replaced, the new rewards in 2017 no longer required players to hit monthly milestones to earn something extra. Instead, daily targets were presented through treasure chests. These playful graphics contained a random selection of prizes such as rewards points, tournament tickets, and cash.

While longtime PokerStars regulars complained about the changes, PokerStars doubled down on their new loyalty strategy by allowing players to earn points by playing casino games or betting on sports as well. This took away the focus on high-volume poker grinders by giving the most incentive to recreational players who have an interest in forms of betting beyond poker.

In conjunction with these structural changes at PokerStars, the company signed sprinting sensation Usain Bolt and comedian Kevin Hart as brand ambassadors. Continuing the recent trend of using celebrities to promote their games, PokerStars launched #GameOn, which sees the two stars compete in a series of funny/poker challenges (with Daniel Negreanu playing referee).

With these celebrities, the company has attached their images to Zoom tables, which they’ve loaded with extra incentives that stand to appeal to fans who might be new to poker.

The corporate desire to reward new players while showing them a more entertaining side of the game is a clear example of how the online poker world is now a nicer place for casual players to pursue a new recreational activity.

Great news, maybe it will be easier now for amateurs to come to a live tournament,
I hope that I will be in that round of the player, who knows, maybe the path to hair vegas 😉

I will stick on online poker.
I will be surely stay a Recreational Player all the rest of my life.
For sure I play for $.
Not only to entertain me …