Yao Wenchen is China’s newest poker king — and billionaire — thanks to his company’s recent performance. 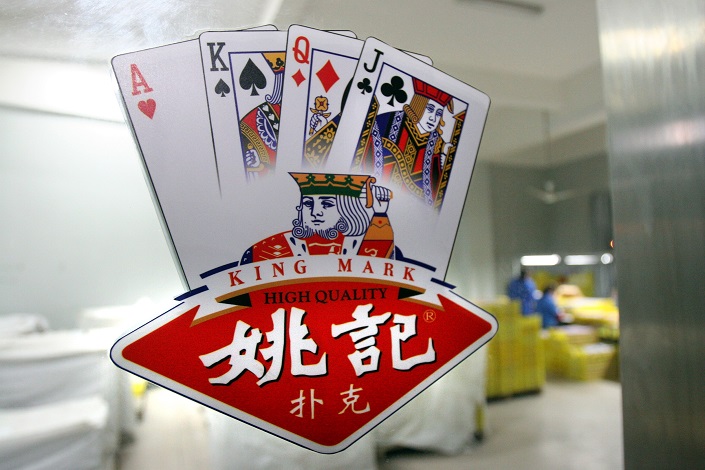 The growth of online poker and gaming in China has seen Yaoji Technology’s share price increase by 360 percent over the last 12 months. (Image: VCG)

As reported by Forbes, the owner of Shanghai Yaoji Technology Co. Ltd. saw his net worth crack nine figures earlier this month, based on the growth of mobile poker games in Asia.

Yaoji Technology saw its value increase 10 percent on Jan. 19 when the stock reached ¥37.71/$5.46 on the Shenzhen Stock Exchange. That figure means Yaoji’s shares have grown almost 360 percent over the past 12 months.

Although real money online poker is illegal in China, the growth of social gaming has been an unexpected blessing for Yaoji. Originally one of China’s largest playing card companies, it moved into online gaming in 2011.

After receiving permission from the Chinese securities regulator, Yaoji launched an IPO. Aiming to raise $55 million, the initial public offering allowed it to invest in online technology.

In 2019, executives changed the company’s name from Yaoji Poker to Shanghai Yaoji Technology. At the same time, it also acquired a Shanghai-based online gaming studio.

Today, Yaoji still produces more than one billion packs of playing cards every year, but its main source of income has changed. During the first half of 2019, online poker and social games accounted for 86.6 percent of Yaoji Technology’s total net profit.

According to Yaoji’s business profile on Investing.com, much of its revenue comes from China., though the company also distributes products overseas. This is important, as analysts believe Asia will drive online gaming’s growth heading into 2025.

In a report published by Market Research Future, the proliferation of smartphones and social gaming in Asia are having the greatest impact on online gaming. As one of the rising stars in this space, Yaoji’s value should continue to increase in 2020.

What’s more, it may become another Chinese poker exporter that helps to reshape the industry as a whole.

Alongside Triton Poker, online operator GGPoker has been making its presence felt outside of Asia. With the help of Daniel Negreanu and Felipe Ramos, the Chinese company is aiming to become online poker’s largest international operator.

As more Asian poker companies establish their brands in Europe and beyond, they could help to open up new opportunities that growing entities like Yaoji can exploit.

Surely with this investment, it will greatly influence online games in china, damn pruduce a billion playing cards a year is a lot of cards lol