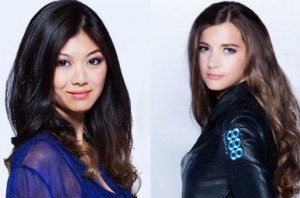 When it comes to bringing on brand ambassadors, poker rooms have a lot of factors to take into account. Obviously the player has to deal a mean hand, otherwise what’s the point? Something about the player has to click with the site’s messaging and mission statement. Seasoned professionals who have become established names are certainly welcome.

Yet many fill their roster with less experienced, youthful players. Their budding careers and freshness can make for good name- dropping if a potential customer plans on signing up. Of course, a site might also want to further build upon the team of ambassadors they already have. 888poker is home to an impressive number of female ambassadors, and now two more are going to be added to the team.

888poker has shown they are willing to attract big female talent, and announced that Canada’s Xuan Liu and Sweden’s Sofia Lovgren are the newest members of the team. Liu and Lovgren join an elite female roster at 888. The site also has Australian Poker Hall of Famer and WSOP bracelet winner Jackie Glazier, as well as American Jessica Dawley on their team of pros.

Liu and Lovgren’s signing on comes right on the heels of Sam Holden’s semi-retirement from poker, including his three-year stint as a member of Team 888poker. Holden left the felt to pursue a degree in philosophy after being accepted into the University of Kent. However, the former November Niner did say he would still play the occasional tournament.

Hailing from Toronto, Xuan Liu has proved to be fierce competition on the live tournament circuit. To date, she has made over $1.4 million in cashes since the start of her rising career. Her biggest take was a fourth place finish at the PCA’s 2012 Main Event where her fourth-place finish earned her $600,000.

At the 2011 European Poker Tour San Remo Main Event, Liu came in third and took home $524,705. But it was her win at a PokerStars Italian Poker Tour event in 2010 that put her on the radar. The top spot won her $64,376. Before joining 888poker, Liu wasn’t affiliated with any site, but was frequently involved on PokerStars.

As the first female player to make the final table at PCA, Liu’s love for poker started at an early age and evolved into a profitable hobby during her time at university. During her stay in France for her post-graduate degree studies, Liu experienced her first NLH Tournament final table. She appeared on the cover of WPT Canada Magazine and was seen as one of WPT Season XI’s “Ones to Watch” in 2013. Liu has used her poker celebrity status to raise awareness of several women’s issues.

Based out of Malta and Gothenburg, Sofia Lovgren has mainly focused on cash games during her career. Regardless, she still has an impressive record at live tournaments, including four WSOP cashes and deep runs in the Irish Open and EPT San Remo Main Event. Her run at the 2013 EPT London High Roller event netted her biggest return with $34,925.

After four years of being sponsored by PKR, it was assumed that PokerStars would be obtaining Lovgren. With Lovgren, 888 gains a player who has a heavy presence online. Lovgren maintains her own blog and contributes regularly in Poker Player Magazine UK. Her involvement with social media will no doubt be an integral part to her job as a Team 888 ambassador.