The World Series of Poker (WSOP) bandwagon might have left Las Vegas but the race for a bracelet isn’t over. The WSOP Europe (WSOPE) got underway inside King’s Resort late last week and, already, it’s surpassing expectations. 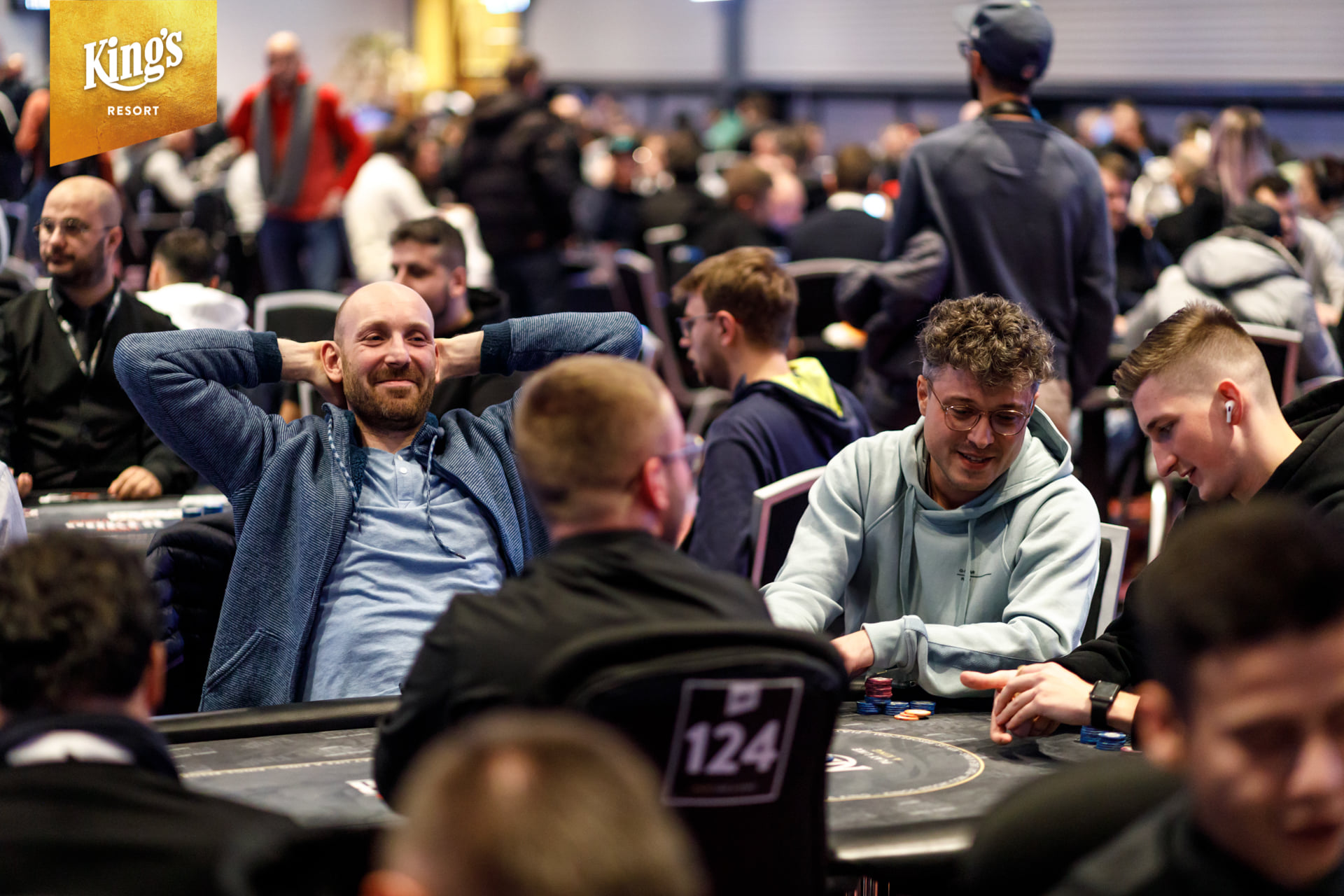 The WSOPE has started strong with its three opening events smashing their guarantees with ease. (Image: Facebook/King’s Resort)

It took a total of four days to whittle down the field to a single player. That player was Antonello Ferraiuolo and, as well as being the first Italian to win a bracelet since Max Pescatori in 2015, he banked €77,570 ($87,000) and a free seat in the forthcoming WSOPE Main Event.

Bjorn Verbakel was the eventual winner, and, thanks to the unique re-entry format, he actually won two prizes. The structure of certain events at this year’s WSOPE is such that players can get into the money on Day 1A.

For example, in Event #3, Day 1A ran until just 15% of the starting field was left. Anyone that made it that far was guaranteed a payout, as were those who did the same on Day 1B and Day 1C.

🥇🏆🥇 Announcement of the Gold Bracelet #2 Winner 🥇🏆🥇
Our congratulations go to Bjorn J. Verbakel @bokkie87 from 🇳🇱 Holland 🇳🇱 , who has won the 2021 WSOP Europe Omaha 8-Max for €59,250 pay-day. pic.twitter.com/TWPmvpolev

The same dynamic was used for Event #2. As such Verbakel, anted up on Day 1A and lost his chips just before the end of the session. However, by that time, he was already in the money so was able to collect €1,003 ($1,125).

He reinvested that prize money by re-entering on Day 1B. This time he didn’t lose his chips, and, by the end of that session, he had one of the biggest stacks in the room. He continued to dominate on Day 2 and, by the close of play on Day 3, he was a WSOPE champion and €59,250 ($66,425) richer.

WSOPE is as popular as ever

Getting players from across Europe and beyond into King’s Resort was always going to be tough. With the Czech government introducing new COVID-19 restrictions earlier this month, King’s was forced to update its entry policy.

Those restrictions haven’t dampened spirits or the community’s appetite for live poker. The first two events beat their guarantees and Event #3 hasn’t bucked that trend.