The 2018 WSOP Circuit Bicycle Casino wrapped up this week with a triumvirate of well-known pros taking down the last three events. While one of them captured his fourth ring, the other two got their first taste of circuit gold. 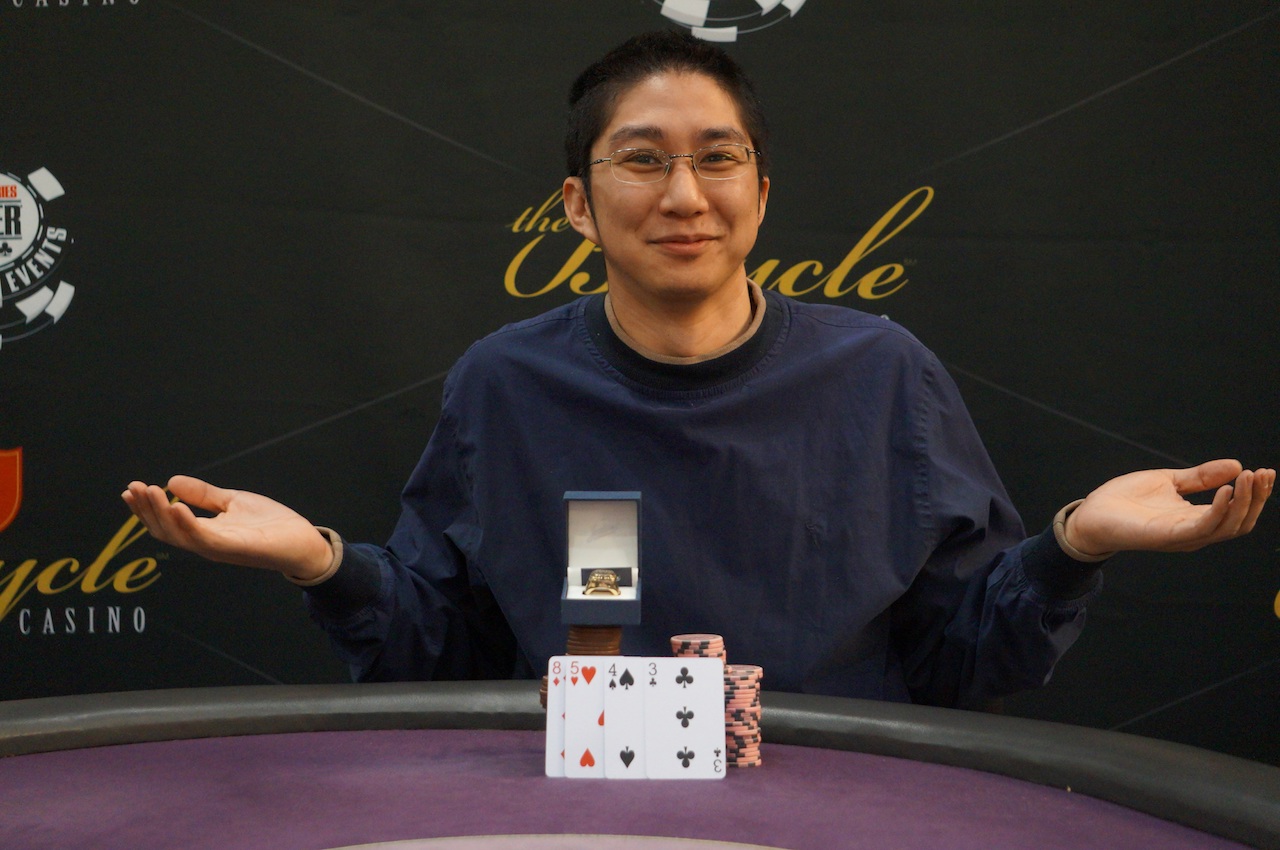 Jonathan Tamayo began the final three against Vincent Moscati and Paul Lui as the short stack, but he battled back to win his fourth gold ring. (Image: WSOP)

Jonathan Tamayo hadn’t played a hand of pot-limit Omaha in two years, but that changed at the WSOP Circuit Bicycle Casino when he jumped in Event #11: $580 PLO. The tournament drew only 54 runners, and in the end, it was Tamayo emerging victorious to win $10,120 and his fourth ring.

“I ended up making the best hand on the river after getting it in a lot,” Tamayo told WSOP officials. “I had four cards. So, I was like ‘I have a flush draw and a gutter. Okay, let’s go.’ I had no idea what I was doing.”

In addition to the prize money, the 32-year-old Tamayo earned 50 points on the Global Championship leaderboard. 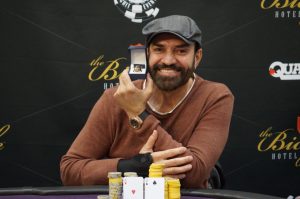 “It feels good,” said 43-year-old Shariati, who left Iran 25 years ago to pursue an education in the U.S. “Actually, I forgot how it feels. It’s been a while since I made a final table of a big tournament. I’m really happy because the WSOP is one of my favorite tournaments. I was fortunate to win it.” 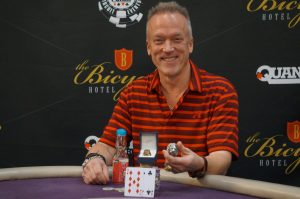 He continued: “I wanted to get a World Series ring and I knew that whether I had the best hand or worst hand, I was going to get a ring. Winning it here at the Bicycle Casino means so much to me. I’m a NorCal pro, but they take me in here as one of their own. That ring, I love that ring. The money. The money is great, but the ring is better.”

The WSOPC continue this weekend at both Harrah’s Atlantic City and Hard Rock Hotel and Casino Tulsa. Later this month, the circuit returns to Las Vegas for a dozen ring events at Planet Hollywood.