Jeremy Drewery, a WSOPC player with over $300,000 in live tournament earnings and a former Shelby County, Tennessee sheriff’s deputy, has been hit with more charges in an extortion case that dates back to 2016. 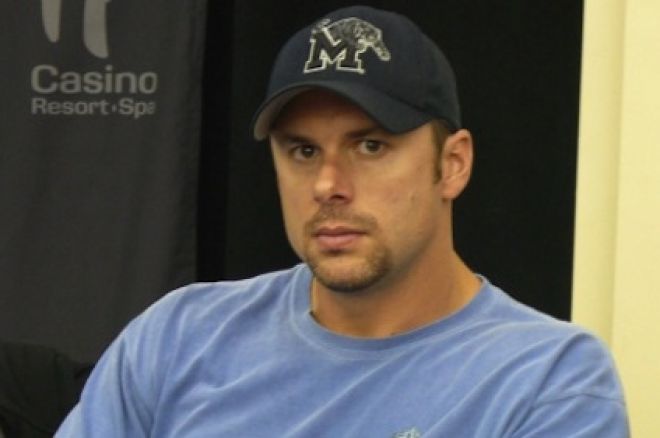 Drewery’s poker tournament cashes include an $80,502 second-place finish at the 2010 Gold Strike World Poker Open in Tunica, according to the Hendon Mob database. But even a level of success on the World Series of Poker Circuit tour and six-figures in overall tournament earnings, not to mention a professional career in law enforcement, didn’t keep Drewery from being arrested back in September 2016 on charges of extorting a drug dealer.

The former Shelby County Sheriff’s deputy was initially charged with one count of Hobbs Act Extortion, following an investigation by the FBI. As outlined in an affidavit filed in U.S. District Court by the Bureau, Drewery threatened an alleged drug dealer with arrest unless the dealer paid the then-deputy sheriff in hush money.

Drewery was part of the Shelby County Sheriff’s Narcotics Task Force at the time, and the dealer was caught with painkillers, pot, and Xanax in saleable quantities.

“You will have a warrant out for your arrest on Monday,” read a text from Drewery to the victim, as outlined by the affidavit. The threat of arrest was if the dealer didn’t hand over $15,000 in cash, according to the FBI affidavit. Unbeknownst to Drewery, however, the dealer had handed over various payments to him that were actually backed by the Bureau, which investigated the poker player under the auspices of the Tarnished Badge Task Force.

With a potential prison sentence of 20 years looming, Drewery was relieved of his duties while the investigation continued. Now, six months on, the Tennessean is facing yet more charges of extortion. According to his records, indictments relating to two 2013 incidents involving extortion have now been added to his previous ones.

Taking place between October 29 and December 31, 2013, the incidents reportedly involve extortion and one count of theft with the use of “fear, force and violence” for an amount worth more than $5,000. Drewery has pleaded not guilty to the charges, which will now be added to his ongoing case.

Poker Still in the Cards

At least for now, Drewery hasn’t let the extortion charges interfere with his poker game. Without a day job to pay the bills, the unemployed lawman seems to be trying to make his nut at the felt.

The Hendon Mob database shows his latest two cashes came in January 2017 at the WSOP Circuit event in Tunica. Besides finishing 14th in the $200+$50 No Limit Hold’em Deep Stack Event for $422, the former police officer took 40th place for $693 in the $365 No Limit Hold’em Monster Stack. He’ll have to be living pretty lean to survive on those wins, which are his first tournament cashes since last June.