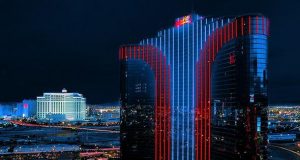 The Colossus brought in four massive flights on Friday and Saturday, resulting in the largest field in live tournament poker history. (Image:bovadapoker.com)

The World Series of Poker has tried a number of new ideas over the past two years in an effort to draw in more recreational players, and found success with events like the Millionaire Maker and the Monster Stack last year.

But those were nothing compared to the Colossus, which after two starting days has proven to be nothing short of an unqualified success for the WSOP.

We still don’t know exactly how many players participated in the Colossus in total: the WSOP said they would release official numbers sometime on Sunday, as sorting through the four starting fields will take a little time.

But regardless of the exact figure, there’s no doubt that it was record breaking and awe-inspiring.

There was talk last night that the number of registrations may have topped 24,000, though with many players buying into multiple flights and some rescinding those buy-ins if they made a healthy stack in a previous attempt, the final numbers may not be quite that high.

On WSOP.com, it was only said that “around 5,000 to 6,000” people played in each flight, meaning the 20,000 target that many had put on the event should have easily been beaten.

Officials couldn’t even immediately say how many players were alive heading into Day 2 when Flight 1D concluded early Sunday morning, though the number was later estimated to be over 3,400.

The prize pool and the number of players who will cash are also yet to be revealed, though the money bubble is likely to break during Sunday’s Day 2.

The overall chip leader for the tournament appears to be Day 1B leader Ian O’Hara, who finished with 184,000 chips. Sunday saw Steven Geralis finished Day 1C in the top spot with 159,000, while Day 1D’s chip leader appeared to be Ardit Kurshumi, who put away 169,100 heading into Day 2.

With so many players still remaining, it’s hard to pull out the top names who have big stacks, though organizers pointed out that WSOP Circuit winner Michael Rocco is in the top 10 overall. In Saturday’s play, big stacks were accumulated by players including Mike Leah, Greg Mueller, and Vanessa Rousso, among others.

The Colossus resumes at 5 pm on Sunday with a more manageable field that should be cut down significantly heading into Monday’s Day 3. 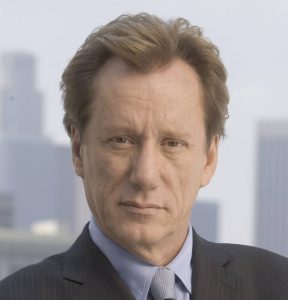 Hollywood Actor James Woods did well at the wsop this week. (Image: Celebritybaseinfo.com)

The $3,000 shootout saw a star-studded final table emerge after the first two rounds of play, and that was true in more ways than one: along with poker pros like Leo Wolpert, Brian Lemke and Loni Harwood, all of whom were looking for their second bracelets, there was Hollywood legend James Woods, who was making his first WSOP final table.

But if those four names were the main attractions, then the poker gods had a sense of humor in this tournament, as they were the first four eliminated from contention.

Woods did the best of the group, scoring a seventh place finish to take home $28,832 (and perhaps more importantly to him, bragging rights as a celebrity poker player).

The heads up battle saw Jason Les, known for being part of the human team that recently beat poker bot Claudio in the “Brains vs. AI” challenge, doing battle against Nick Petrangelo.

While Les got lucky once to avoid elimination and take the chip lead, he was really running card dead for most of the heads-up confrontation, and eventually there was no more he could do as Petrangelo scooped up his first WSOP bracelet and a $201,812 prize.

“Winning early on here at the series is great,” Petrangelo told WSOP.com. “It creates less pressure. I’ve been here other years when I ran bad early, and it’s hard to play catch up. So, I was really glad to get this out of the way.”

We almost had a winner in the $1,500 Omaha Hi-Lo Eight or Better tournament overnight. But at later than 3:30 am Sunday morning, the tournament was finally stopped for the night with just two players remaining: Robert Mizrachi and Jacob Dahl.

Mizrachi started the heads-up battle with the chip lead, but it will be Dahl that comes back on Sunday with the advantage: he holds just over 5 million chips to 1.8 for Mizrachi.

A win would earn Mizrachi his third WSOP gold bracelet; regardless of the result, this will be just Dahl’s second overall cash in WSOP play.

Along with the Mizrachi-Dahl heads-up match and the continuation of the Colossus, the WSOP will bring a couple of new events into the fold today now that there’s a little room to breathe in the tournament areas.

At 11 am, the $1,000 Hyper Hold’em tournament will begin, featuring 20 and 30 minute levels throughout the two-day event, an extraordinarily fast pace for the WSOP.

Sunday will also see the first $10,000 Championship tournament begin, this time in Limit 2-7 Triple Draw Lowball. This is a game with a relatively small player base, and even fewer who are willing to put up $10,000 to play it, so expect a small field jam-packed with pros to contest this three-day event.