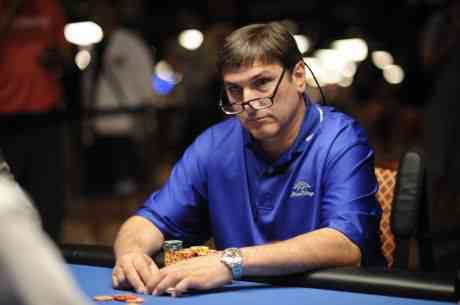 Keith Lehr won his second career WSOP bracelet, having won his first more than a decade ago. (Image: CardPlayer)

The World Series of Poker awarded two more bracelets on Thursday, as the series continued to march on into the meat of its schedule.

But the events of the day may have been a bit overshadowed by players looking forward to an enormous tournament starting Friday, as well as looking back on the suspicious play of one competitor earlier in the week.

Now that the success of the WSOP Colossus event is in the books, there is an opportunity to check in on some other notable victories including the recent win by Keith Lehr in the No Limit Hold’em Heads-Up Championship at the Rio.

Lehr had previously won a bracelet more than a decade ago, when he finished first in a 2003 $3,000 Pot Limit Omaha tournament.

“It’s nice to be back and get a win this time,” the 51-year-old Lehr said to WSOP.com. “I don’t play many of these events, maybe just five or six a year, so for me to get a bracelet is special.”

Lehr had to fight his way through Matthew Hyman, Adam Sobolewski, Justin Oliver, Jake Schindler, Valeriu Coca and Dee Tiller to reach the final. In that final match, he was faced with perhaps his toughest opponent yet: Paul Volpe, another professional looking for his second bracelet.

Surprisingly, the final match took just 45 minutes to complete, as Lehr moved all-in on the turn with top pair only to find himself behind, as Volpe had a small two pair.

But Lehr made a second pair of his own on the river; as he had the chip lead, that ended the match immediately.

Lehr collected $334,340 for his victory. However, as the tournament winded down, most of the talk about this tournament was about one of the players he defeated on his way to the title.

There have been allegations that Valeriu Coca, who Lehr knocked out in the quarterfinals, may have been cheating during the event.

One of Coca’s earlier opponents, Connor Drinan, shared his suspicions with PokerNews, saying that Coca played both oddly and nearly perfectly: he took a long time to play hands early in the match, consistently asked to see Drinan’s chips, and was later always able to correctly fold when Drinan had a hand, or react strongly when he didn’t.

Drinan also said that Coca’s other opponents felt similarly, and that some (including Lehr) started taking precautions, such as blocking Coca from seeing their cards as much as possible.

There has been speculation that Coca was marking the cards somehow, either through a subtle physical method or by using invisible ink that he could see with his sunglasses.

Coca has apparently been banned from casinos in Prague in the past after casino staff confirmed that there were very small markings on the kings and queens in decks he had played in.

However, Prague-based poker writer Martin Kucharik told PokerNews that he was never actually caught on camera, and it seems as though so far, the WSOP hasn’t found anything either.

“Preliminary testing of the cards show no markings or use of any foreign solution,” said WSOP Vice President of Corporate Communications Seth Palansky. “We will have no further comments until our investigation is complete.” 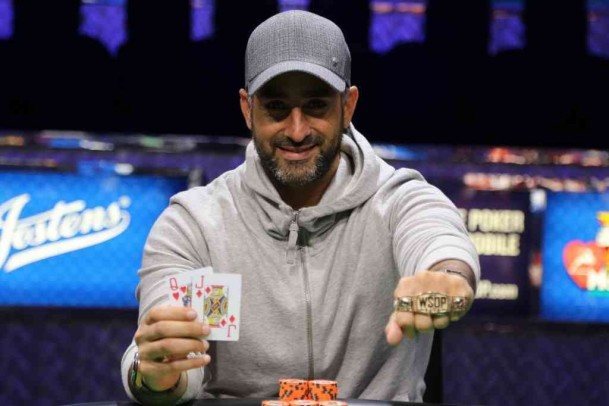 A second bracelet was also awarded on Thursday, as Miami real estate broker William Kakon took down the $1,500 Limit Hold’em tournament to win $196,055 and his first WSOP title.

According to the WSOP, Kakon is believed to be the first player ever born in Morocco to win a WSOP bracelet.

Kakon was the big stack for most of the final table, putting him in excellent position the whole way to take this one down.

Big names Brandon Cantu and Shannon Shorr went out in seventh and fifth place respectively, and Kakon was ultimately able to deal with Daniel Needleman in heads-up play to finish off his amazing run.

“I’m very familiar with [Limit Hold’em], so I really do feel comfortable playing it,” Kakon told WSOP.com. “It’s harder to find now in casinos, so I try to make an effort to [play them as the WSOP].”

A total of 128 players put up $10,000 each to begin the Pot Limit Hold’em Championship event on Thursday.

Exactly half of those players were eliminated on Day 1, and at the end of the first session, it was Josh Arieh who stood atop the field.

Arieh is no stranger to success at the WSOP, having won two bracelets and cashed more than 30 times at the World Series in his career.

As in all of these small field events, however, there are plenty of other top players who dot the leaderboard: Shaun Deeb is in second, Davidi Kitai sits 4th, and Marvin Rettenmair is 11th in the chip standings.

Going through all of the other notables still in the field would take far too long, but a smattering of those in the top half of the chip counts include Paul Volpe, Scott Seiver, Brandon Adams, George Danzer, Bryan Kenney, Joseph Cheong and Todd Brunson.

The field will be back in action on Friday, with everyone chasing a bracelet and the $318,857 first prize.

Three other tournaments are also in progress. In the $1,500 Six-Handed No Limit Hold’em event, Steve Billirakis leads the final 25 players from an initial field of 1,651, while Mike Watson, Mike Dentale and Craig McCorkell have large stacks as well.

Finally, the $1,500 No Limit Hold’em Shootout played through its first round on Thursday, cutting 1,000 players down to 100 ahead of Friday’s second round.

There’s only one event starting on Friday, but it’s a big one: the Millionaire Maker. This $1,500 No Limit Hold’em event is designed to appeal to the masses by guaranteeing a first prize of at least $1 million.

While it won’t quite reach Colossus proportions, you can expect a massive field for the Millionaire Maker as well. Last year, this tournament saw 7,977 players turn out, and organizers are hoping for similar numbers over the event’s two starting flights (players have the option of beginning play on Friday or Saturday).

pretty sick final hand that paulgees busted on in that $10k HeadsUp 🙁
Was hoping he’d take it down. I see he’s deep on final table of the $10k PLHE right now.. hopefully finishes this one with the win!