WSOP Wants to Hear Your Thoughts in Upcoming Twitch Q&A 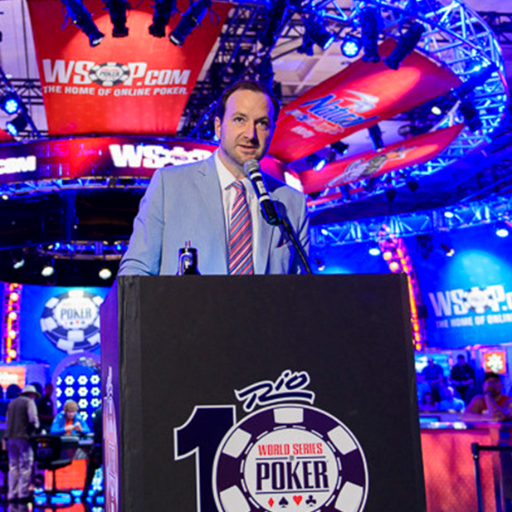 Poker players can talk to the WSOP’s Ty Stewart in a special Twitch Town Hall Q&A on May 19. (Image: Twitter/@wsopSUITd)

The 2016 World Series of Poker (WSOP) is almost here, and this year the organizers are engaging fans and players ahead of the festival.

Continuing the recent trend of asking players and industry insiders for their feedback, the WSOP will be hosting a Town Hall video conference on Twitch this coming week.

Set to take place on May 19 at 4 pm ET, the video stream will be a chance for the public to get the inside track on this year’s poker festival.

On hand to dispense the latest information and field questions from viewers will be WSOP Executive Director Ty Stewart and Tournament Director Jack Effel.

Also joining the panel will be Head of Online Poker Bill Rini, who will be able to address any questions relating to the second annual online bracelet event.  As last year, Event #66 will play out over two days, with a weekend in between. That’s because Day One will be played entirely online, whereas Day Two will be a final table of six, played live at the Rio in Las Vegas on July 11.

Although the WSOP has sent out a number of press releases outlining the details of this year’s festival, the Twitch stream will be a chance for the bosses to reiterate some of the key things players and media should be looking out for.

The stream is also intended to be interactive and interested parties are being asked to submit questions to the WSOP’s official Twitter account (@WSOP) ahead of the broadcast.

While there are always bound to be complaints from disgruntled players during any World Series, the decision to host a live Q&A suggests that feedback is being taken seriously.

In 2015, the WSOP received some heat for its choice of playing cards after a number of players complained that they were too easy to damage or mark. WSOP management was forced to address waves of complaints from players who felt the new Modiano cards were poor quality.

“The quality is too thin and they are easily marked. In the deuce-to-seven the other night, every three to four hands people were noticing marked cards, and they eventually just gave up,” Daniel Negreanu told PokerNews last year.

In response to the card debacle, the WSOP recently announced that Copag will be the official supplier for this year’s series.

Although Phil Galfond is reserving judgment until he sees the cards in action, the decision to use a different provider is yet another example of how the WSOP is responding to player input in an effort to make each festival better than the last.

To take part in the WSOP Q&A, check out the official Twitch stream here on May 19.

expert ‘s great that people communicate with fans and more poker lovers . in order to learn from those who know it’s an excellent recommendation . for new