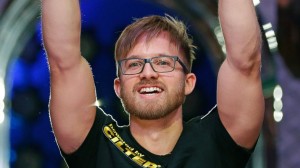 The WSOP Main Event Final Table coverage last week appears to have triggered a healthy spike in online play at WSOP.com, as more players in both Nevada and New Jersey gathered on the virtual felt during live poker’s yearly crowning moment.

Sweden’s Martin Jacobson was poker’s biggest winner for the week of course, but cash game traffic at WSOP.com rallied in the wake of his $10,000,000 championship run, surging to a 15% increase approaching the weekend, and substantially outpacing the global market gain of 2.2% during the same stretch.

Although rival operator partypoker saw its own traffic increase in the New Jersey market, it was not enough to keep pace with the WSOP brand following coverage of their flagship poker tournament.

A look at the six month trends of partypoker, WSOP New Jersey, and WSOP Nevada on PokerScout.com show that the largest uptick in traffic occurred in Nevada, where the Main Event championship is played each year.

While the 15% rise in traffic over the seven-day moving average is impressive, the weekend numbers after Main Event coverage showed a much higher spike, as players appear to have been inspired by the live gameplay to hone their online poker skills.

Cash game traffic at WSOP.com Nevada soared to a peak of 153 players on the Saturday following the Main Event Final Table, for an over 50% increase above the seven-day moving average of roughly 100 players prior to the live event. Meanwhile in New Jersey, Saturday traffic peaked at 134 seats occupied for a rise of nearly 19% over the 113 seats filled on the Saturday before the Main Event finale.

With all the buzz surrounding the November Nine, and the televised crowning of poker’s newest champion, the resulting surge in online poker is apparently an aftershock of what has become known as The WSOP Effect, when WSOP.com experiences a rise in traffic as a result of players logging on to grind out a profit (or even a Main Event ticket) while in Nevada for the annual summer games.

WSOP.com kicked off an advertising promotional blitz in Las Vegas last summer before the World Series of Poker got underway, with ad banners posted at McCarran Airport and around the city to remind visiting players that they can sign up and play legal online poker while in the Silver State.

It appears to have been money well spent, as summer online activity experienced similar increases to those following the recent Main Event Final Table coverage, and WSOP.com became “the largest regulated online poker site (in the country)” according to Caesars Interactive Head of Online Poker Bill Rini, in an interview with PokerNews.

Overall, the surge in online poker activity at WSOP.com during World Series of Poker events points to the strong connection between the live and online divisions, and will no doubt continue to deliver a seasonal edge to the US regulated market’s powerhouse brand.