On WSOP Day 10, Jesus rose again, a November Niner put on quite a performance, and two fine gentlemen were awarded a coveted gold bracelet. Let’s recap Friday’s exciting action from the Rio in Las Vegas. 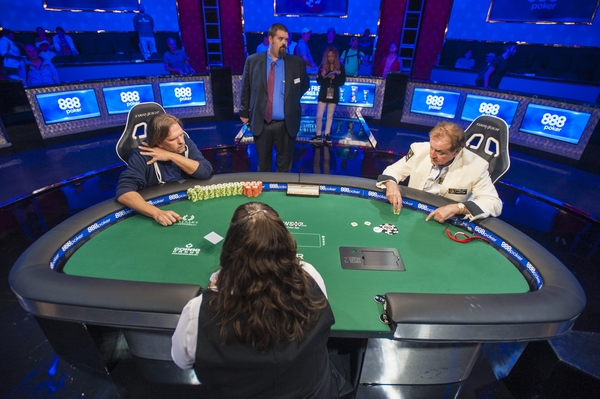 Remember Pierre Neuville? The senior citizen who shocked the poker world a year ago when he managed to finish at the Main Event final table. Yeah, that guy. If you thought a man of his age couldn’t possibly pull off something that impressive a second time, you would be wrong.

The 7th place finisher in the 2015 Main Event made yet another deep run in a bracelet event yesterday. This time, he got even closer to the bracelet, but still didn’t get one. Neuville finished second to Mike Cordell of Little Rock, Arkansas in Event #10, the $1,500 6-Handed No-Limit Hold’em.

There’s no denying the elder Belgian’s performance was incredible, and even more so given his age. Cordell, not exactly a kid either at 46, has four prior career WSOP cashes, but this is his first title.

The Old Jesus is Back 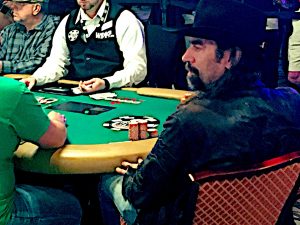 Chris Ferguson, aka “Jesus,” once was revered by the poker community and considered one of the all-time greats before falling off the face of the earth due to a little online poker scandal you may have heard about.

This is the first World Series he’s shown up at since the caca hit the fan back in 2011, and he’s doing better than some detractors may have hoped.

Fresh off his 19th place finish in Event #5, Chris Ferguson was back in action in Event #12, the $565 Pot-Limit Omaha, chasing his sixth career bracelet. He came close, nearly beating out the entire 2,483-player field, but ultimately busted out in 13th place.

There are nine players left in the tournament, who will all be back on Saturday to finish things off. Final table play resumes at noon Pacific time today.

No Dice for Monnette and Smith

What does Dan Smith have to do to finally win a bracelet? Heading into Friday’s action in Event #11, the $10,000 Dealers Choice 6-Handed, the poker star was second in chips, but later busted in 9th place. Maybe he’ll win one before the summer is over.

John Monnette was also at the final table, gunning for his third bracelet, but was unable to outlast Jean Gaspard, the eventual champion, and runner-up William O’Neil.

Gaspard, a Haitian refugee and Chicago resident, won his first bracelet, but it wasn’t a fluke. The man often referred to as “Prince” has cashed in 18 WSOP events throughout his career and now has earned more than $2 million in career live tournaments. It was only a matter of time before he took home some gold.

Who Wants to Be a Millionaire?

One of the summer’s biggest and most anticipated tournaments, Event #14, the Millionaire Maker, kicked off on Friday. Two players, following four days of play, will walk away with at least $1 million.

There were 3,088 players in the first flight of Day One. The second group will play on Saturday starting at 10 am as well. Day Two will begin on Sunday at 11 am PT.

The total prize pool has yet to be announced, but there were 505 players advancing from the first session.

Daniel Negreanu has won more money in live tournaments than anyone else, and he has six bracelets and 83 WSOP cashes to go with it. But Kid Poker isn’t content with riding off into the sunset just yet. He has more bracelets he wants to win.

Matt Grapenthien, just days removed from his runner-up finish in Event #3, has 286,000 and will be chasing his second WSOP bracelet on Saturday. David Benyamine, Rep Porter, and Shaun Deeb are a few other notable names left in the tournament. The competitors are playing for $142,624 up top.

Jason Somerville, David Chiu, Paul Volpe, Anthony Zinno, David “ODB” Baker, Barry Greenstein, Eli Elezra, Connor Drinan, and Phil Hellmuth are among the pantheon of poker stars who made it to Day Two. This is a three-day event, with the winner receiving $149,943. Play resumes today at 2 pm in Las Vegas.