WSOP Players Encouraged to Use Two Forms of ID 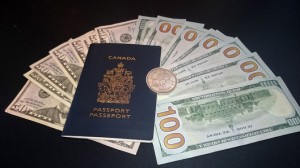 The WSOP, to comply with federal laws in the United States, is requesting that all foreign players  bring two forms of ID to play. (Image: iGaming.org)

In light of new regulations created by federal law in the United States, Caesars Entertainment and its property, the World Series of Poker (WSOP), are requesting that all foreign players present two forms of identification. This new policy, in light of the regulations aimed at curbing money laundering, states that all non-US players that wish to play in a WSOP event must bring a passport and a second form of ID to prove their identity.

When the story originally broke, WSOP Media Director Seth Palansky issued a statement shortly thereafter explaining the new policy just as the WSOP was about to kick off from the Rio All Suites Hotel and Casino in Las Vegas. He stated that it is not just the WSOP that has this new policy, but part of an overall statute- strengthening by the government.

All companies that are involved in major financial transactions were alerted last week about the need for strict identity and residency identification. Federal law in regards to this topic will not just apply to casinos and poker rooms, but any financial institution that moves significant funds around. Palansky states that all players that reside from a country that isn’t the United States should bring a second form of ID, as it will not just assist in playing in WSOP events, but anywhere in the country.

Palansky also stated that Caesars and the WSOP are aware that many identification cards will not have address information on them. Nevertheless, advice from federal lawmakers suggest that players should bring a utility bill, drivers license, or even a rental statement to help with the identification process.

Considering the sheer amount of players that come in and out of Las Vegas just for WSOP events, it is not surprising that there have been some serious gaffes in the past. It was only a few years ago that Dusty “leatherass9” Schmidt, a popular online pro previously sponsored by PokerStars, published a story about a good friend who was practically eliminated in a WSOP event by a player that never registered. Shockingly, without having to pay the entrance fee, a player was able to sit down, play through a few levels, and chip up without having to fork over a buy-in. Other tales of players sitting in and playing off of someone else’s player identification are nothing new.

In the world of identity theft, many companies have invested in “Two Factor Authentication,” which requires users not just to use a login and password, but a secondary form of identification to log in. Many popular video game companies, and even online poker sites, use a digital authenticator (typically on a mobile phone), to provide an ever-changing secret code to log in, making it impossible for a hacker to gain control of another person’s account. The same principle applies now to in-person transactions, as many forms of ID do not suffice and many times, verifying a person’s place of residence requires much more than a driver’s license. This is why many companies, on top of asking for a government issued ID, will also ask or a utility bill.

To clarify any confusion or concern, Palansky says the new policy only requires an attempt to verify international residences.

“It’s not going to prevent anyone from playing or withdrawing funds,” he said, “…but it may prevent them from playing online poker because that does call for a utility bill to prove your residency.”

That is a kind of joke.
who travels out bring two IDs….