The World Series of Poker (WSOP) always throws up a few surprises, and this year it seems the old guard are intent on teaching the younger generation a thing or two. 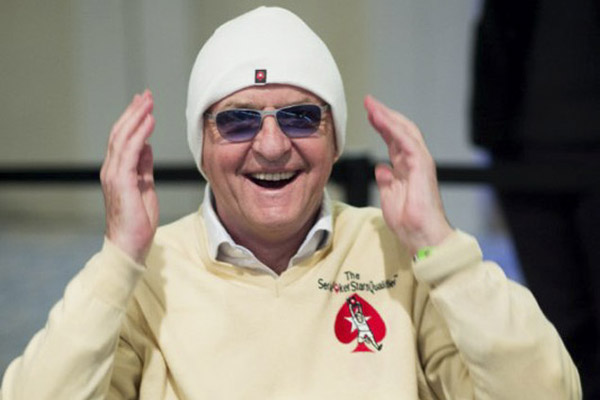 73-year-old Pierre Neuville is leading a senior citizens’ poker revolution of sorts this summer at the World Series of Poker and beyond. Neuville has even placed a $50,000 prop bet on making the GPI Top 50 list within a year. (Image: planetpoker.bet)

Both international and American regional players are making their mark in the “super senior” category, and even capturing headlines as hometown heroes.

Although poker stories might not be traditional fodder for your average local newspaper, success in any form is always something to write about, which is why Gerald Silber has made the headlines in San Antonio, Texas.

The 85-year-old Silber recently anted up in the record-breaking (4,499 entries) WSOP Seniors Event and caught the attention of local San Antonio reporter Chuck Blount after he finished 91st.

Rolling Back the Years in Vegas

Catching up with Silber after he’d picked up $4,075 for his efforts, Blount asked the senior what possessed him to go for the grueling grind of a tournament halfway through his eighth decade.

According to Blount’s article in the San Antonio Express, Silber used to play at the World Series back in the day when it was held at Binion’s downtown. But in recent years, Silber’s love of poker has dissipated slightly, as he’s focused on more mild games of Hearts with his buddies.

Noting that Hearts offers no bad beats, Silber nonetheless found himself missing his old game and decided to try his luck in Vegas this year. Little did he know he would become something of a local celebrity in the process.

“It was a case of 99 percent luck and one percent skill,” Silber said  modestly of his route from Day One into Day Two in Event # 27, the $1,000 Seniors No Limit Hold’em championship. Regardless of how he got there, Silber made it past the bubble and notched up what would become just one of many cashes for the old folks this summer.

The elder Texan isn’t the only one who’s been proving his best playing days aren’t yet in the rear view mirror. Already a poker legend, T.J. Cloutier made it to a 14th spot finish in the enormous 6,927-field Monster Stack, Event #41. With six Series bracelets, 63 cashes, and close to $4.5 million in lifetime WSOP tournament earnings, it’s great to see Cloutier still be able to hold his own against a much, much younger field.

Neuville Puts a Price on Age

Serial tournament casher Pierre Neuville has also been causing quite a stir this summer, proving that his November Nine finish last year wasn’t exactly a fluke.

The former board game creator has already cashed twice at the WSOP this year, including a second place finish for $213,837 in Event #10, the $1,500 Six-Handed No Limit, and now he’s looking for some additional action.

Fresh from his 15th place scoop in the Hollywood Poker Open Championship, Neuville spoke to PokerNews and explained that he’s willing to bet $50,000 that he can make the GPI top 50 by June 2017.

Currently ranked 119th, the 73-year-old believes he can parlay his current form into a run that will catapult him into the ranks of the tournament elite. There’s no doubt it’s a bold bet, but with more than $3.7 million in live tournament cashes and the older generation putting on something of a poker clinic this summer, anything is possible.

The rise (or should we say “re-rise”) of the game’s old guard is definitely a headline at this year’s Series, and Neuville is leading the charge with a fist full of dollars.