Qui Nguyen was a card away from missing out on the WSOP November Nine. If not for one miracle river card, we wouldn’t be writing this player profile. 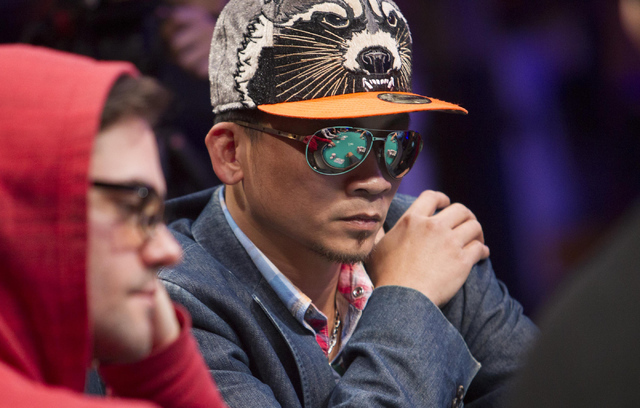 Last year, Joe McKeehen needed a miracle 10 on the river against Tom Cannuli long before making the final table. He got the card he needed and went on to win the Main Event. Nguyen found himself in a similar situation on Day Seven of this year’s tournament.

Michael Ruane, the chip leader at the time, used his big stack advantage on the button to put the small-stack blinds all-in pre-flop with A-4. Nguyen, in the big blind, woke up with pocket jacks and made the call. But he went from big favorite to huge underdog on the turn when an ace from space was turned over.

Nguyen grabbed his belongings and prepared to head for the exits before hitting a straight on the river to stay alive. After that, he went from the smallest stack to having the second-largest at the upcoming final table (67,925,000). Cliff Josephy will be the only player at the table with more chips (74,600,000) when play resumes on October 30.

Nguyen, a Las Vegas resident, would love to win the world’s most prestigious event in his hometown, of course. At 39 years old, he’s finally pulled off a major accomplishment in poker.

Nguyen didn’t have much poker success prior to the Main Event. But he’s no stranger to casinos and placing big bets. He’s a man who loves to gamble.

Yet never before has he had a gamble pay off quite like this. Nguyen is guaranteed at least $1 million even if he’s the first to bust out on October 30. But he sure would prefer moving up the ladder to get close to the $8 million 1st place pays.

He hails from Saigon, but moved to Las Vegas in 1999. Sin City is a fitting place for a heavy gambler like him to live. Nguyen has spent countless hours playing baccarat, but perhaps poker will become his favorite casino game now that it’s made him a millionaire.

Nguyen has plenty of chips to make a run at the gold bracelet. What he doesn’t have, however, is the proven ability of some of the other players at the table, especially Josephy, who is a two-time bracelet winner and online poker legend.