With Monday’s announcement that Caesars has sold the Rio All-Suites Hotel and Casino, the likelihood of the WSOP moving elsewhere in the somewhat near future has increased. But it won’t be easy for the casino giant to find a new Las Vegas home for poker’s biggest annual festival. 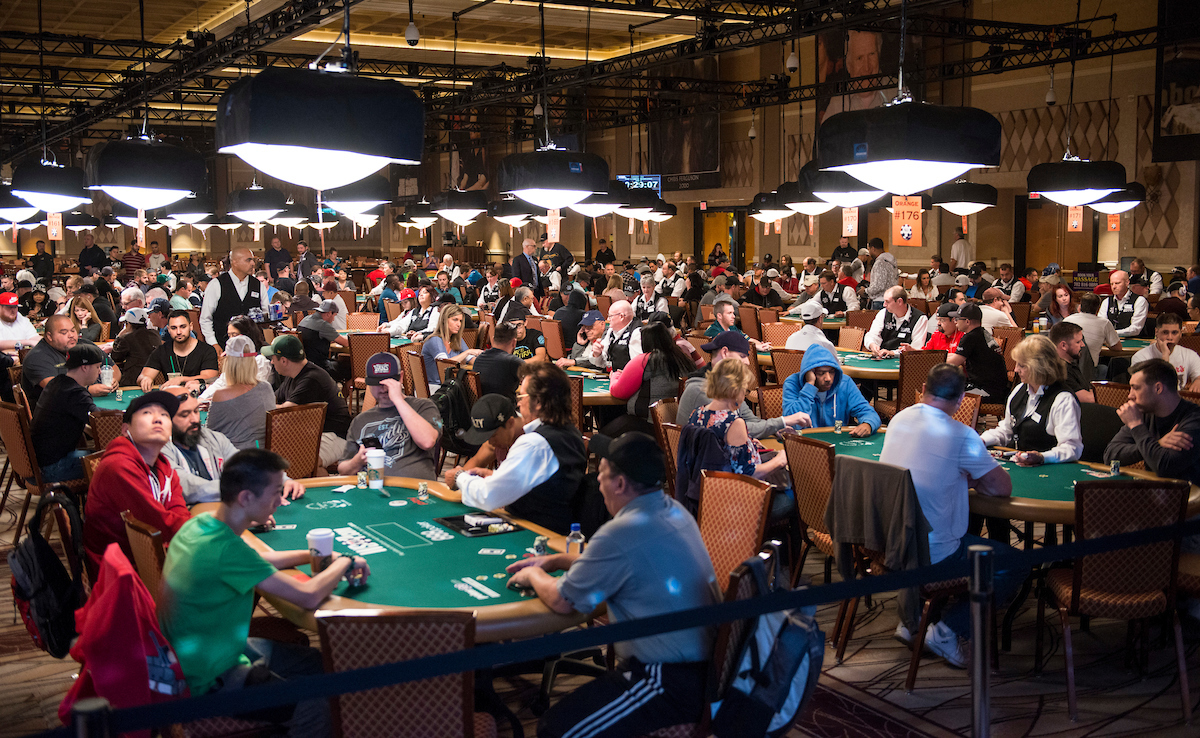 The World Series of Poker might be looking for a new home soon. (Image: blog.caesars.com)

Under the sale agreement, Caesars will continue operating the property for at least two more years. Current employees will, thankfully, remain in place for the foreseeable future. I’d hate to see hundreds of locals lose their jobs over this, so I’m glad it doesn’t appear that will happen.

There is, however, some important business to take care of with the WSOP. How long will the Rio host the series? And when it finally does move, where will it end up? I’m not Radio Shack so while you might have questions, I don’t have answers. But I do know that Caesars Entertainment will have quite a challenge in one day finding a new spot for the World Series of Poker, for many reasons.

Venue Options for the WSOP

Since it’s now likely the World Series of Poker won’t remain at the Rio for long, let’s take a look at replacement options. One that certainly won’t be considered is a return to Binion’s downtown.

That dingy old facility is far too small, and if you thought poker players were unfairly critical of the Rio’s faults, just wait until one of the drunken freak shows from Fremont Street stumbles into the tournament room half naked, begging for cash.

The T-Mobile Arena, home to the NHL’s Vegas Golden Knights, also won’t work as the poker series would prevent the arena from hosting concerts during the summer and would overlap with the Stanley Cup Finals.

So, it appears that either Caesars will need to build a new facility between now and 2021 (or 2022), or move into the new Caesars Forum, a $375 million conference center which is currently being built on the Strip at the Linq entertainment district, right across from Caesars Palace.

Hosting the World Series of Poker on the Las Vegas Strip could be quite a nightmare. There will be parking and traffic concerns which might cause some issues.

So, if the WSOP moves into the new convention center at the Linq, poker players will still complain. But this time, the complaints won’t have anything to do with playing in a dingy, old facility. Instead, they’ll rant about having to pay for parking or being unable to find a parking spot within a mile.

Parking at the Rio is rarely an issue. The complex features a massive parking lot right outside the convention center where the WSOP is hosted. And there is no fee for parking at the Rio. That is the main benefit to playing the series at the Rio.

Things would be different in that aspect if the series shifts a mile over to the Las Vegas Strip. Caesars charges for parking at their Strip properties. That won’t sit well with poker players and, for all we know, it could turn many recreational players away.

But the biggest concern I have with playing the series on the Strip is traffic. I don’t even want to imagine how brutal traffic will be around the Strip on days when the WSOP is hosting an event such as the Colossus.

This past summer, more than 28,000 players competed in the $500 Big 50 event. It was impossible to find a parking spot unless you arrived to the Rio early on Day One. I’m getting anxiety just thinking about the WSOP hosting a tournament like this on the Strip.

Scott Roeben, owner of the Las Vegas lifestyle blog “Vital Vegas,” felt vindicated on Monday. He was the main driving force for the Rio-for-sale rumors a few months back. Many questioned the credibility of his sources, including yours truly. But, as it turns out, he knew what he was talking about all along.

I asked Scott, who isn’t a poker fan, where he expects to see the WSOP move in the future.

“The rumor has been Caesars Forum, and I’d say that’s the most likely option,” he told me. “WSOP players have made a lot of great observations about the challenges that will cause. But there’s no denying it’s big enough and closer to other Caesars hotels on the Strip. At this point, there’s no way to know if or when it will move.”

As for the Rio itself, there are many rumors swirling around about its future. Some believe the facility will be demolished and become the site of a parking lot or even a Major League Baseball stadium. Others hope the new owners will renovate the iconic Las Vegas casino.

“There have been a number of scenarios floated, and the buyer hasn’t really shown their hand,” Roeben told CardsChat News. “If it’s a land play, it would mean a demolition. If not, it’s going to be a billion-dollar investment to get the Rio back in reasonable shape.”

No one outside of Caesars Entertainment and the new buyer knows what will happen with the Rio and the WSOP in the future. But I do know that if the series ends up on the Las Vegas Strip, parking and traffic will be a nightmare.

Now what will be the WSOP estino, look for a place where you can be comfortable and accessible for the number of players who play the world poker tournament every year, and above all hope that the new franchise also treats its employees as they deserve with a fair salary and many benefits because without the employee the wsop does not work.