Ryan Riess, the 2013 WSOP Main Event champion, is at it again. This time in the WSOP Europe Main Event. The Michigan native is third in chips as the final table of six begins at King’s Casino in Rozvadov, Czech Republic on Friday. 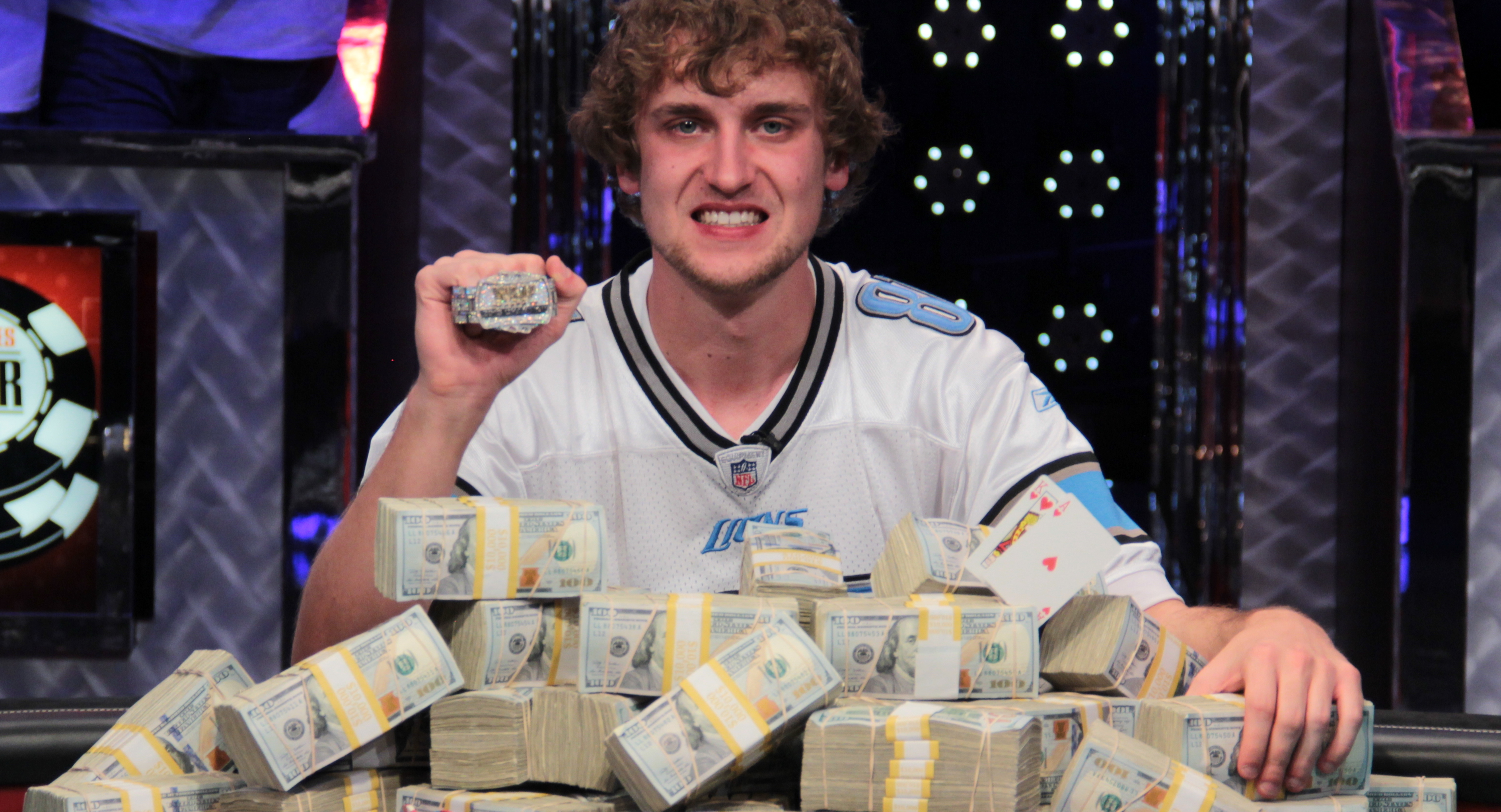 Hungary’s Laszlo Bujtas enters the final table with a slight chip lead over Milos Skrbic who hails from Serbia. The remaining six bracelet hopefuls are all chasing the €1.1 million first place prize. As a consolation, those left in the field who don’t win it all are guaranteed at least €176,000.

But for Riess, who won over $8.3 million in the 2013 world championship event, there’s more at stake than just the money. He’s attempting to join a very exclusive poker club.

Phil Hellmuth, the 1989 world champion, is the only player to ever win both the WSOP and WSOP Europe Main Event. Riess has an opportunity to add his name to that tiny list with a bracelet win on Friday.

You can watch all the action live on WSOP.com. Play began at 6 am PT on Friday and will conclude once we have a new champion. And as soon as the final card hits the felt, the 2018 World Series of Poker season officially comes to an end.

Day Five of the Main Event began with 13 players and after more than seven hours of play was down to the official final table. Some players tightened up as the final table bubble approach, which is to be expected when big bucks are on the line.

Riess held the chip lead for much of the day but although he increased his stack late, Bujtas and Skrbic lapped him before the session concluded.

Some poker players consider many of the post-Moneymaker era world champions flukes. But no one says that about Ryan Riess, and for good reason.

Riess already has more than $4 million in winnings outside his Main Event title. And he’s about to add more earnings to his resume.

But is he the best world champion since the start of the poker boom in 2003? That’s tough to say so we’ll let you decide. There are a few other players who are certainly in the conversation.

First off, 2015 champion Joe McKeehen has a valid argument. The Philadelphia sports fanatic has nearly $8 million in additional tournament cashes, including 2 WSOP circuit rings and a second bracelet (2017 $10,000 Limit Hold’em Championship for $311,817).

Jonathan Duhamel, the 2010 winner, has $9 million additional cashes, including two other bracelets. And 2009 champion Joe Cada also belongs in the conversation. Not only did he win his fourth bracelet this summer (The Closer, $1,500 No-Limit Hold’em for $612,886). He also made it back to the Main Event final table in July, finishing in fifth place ($2.15 million).

Cada is the only world champion from the post-Moneymaker era to make it back to the final table.

OUt in 4th & Sinclair ends up taking it down!