The buzz surrounding the WSOP Main Event, which begins Monday, has been light, according to Kenny Hallaert, the 6th place finisher in 2016 — and he attributes the meh attitude to a matter of scheduling. 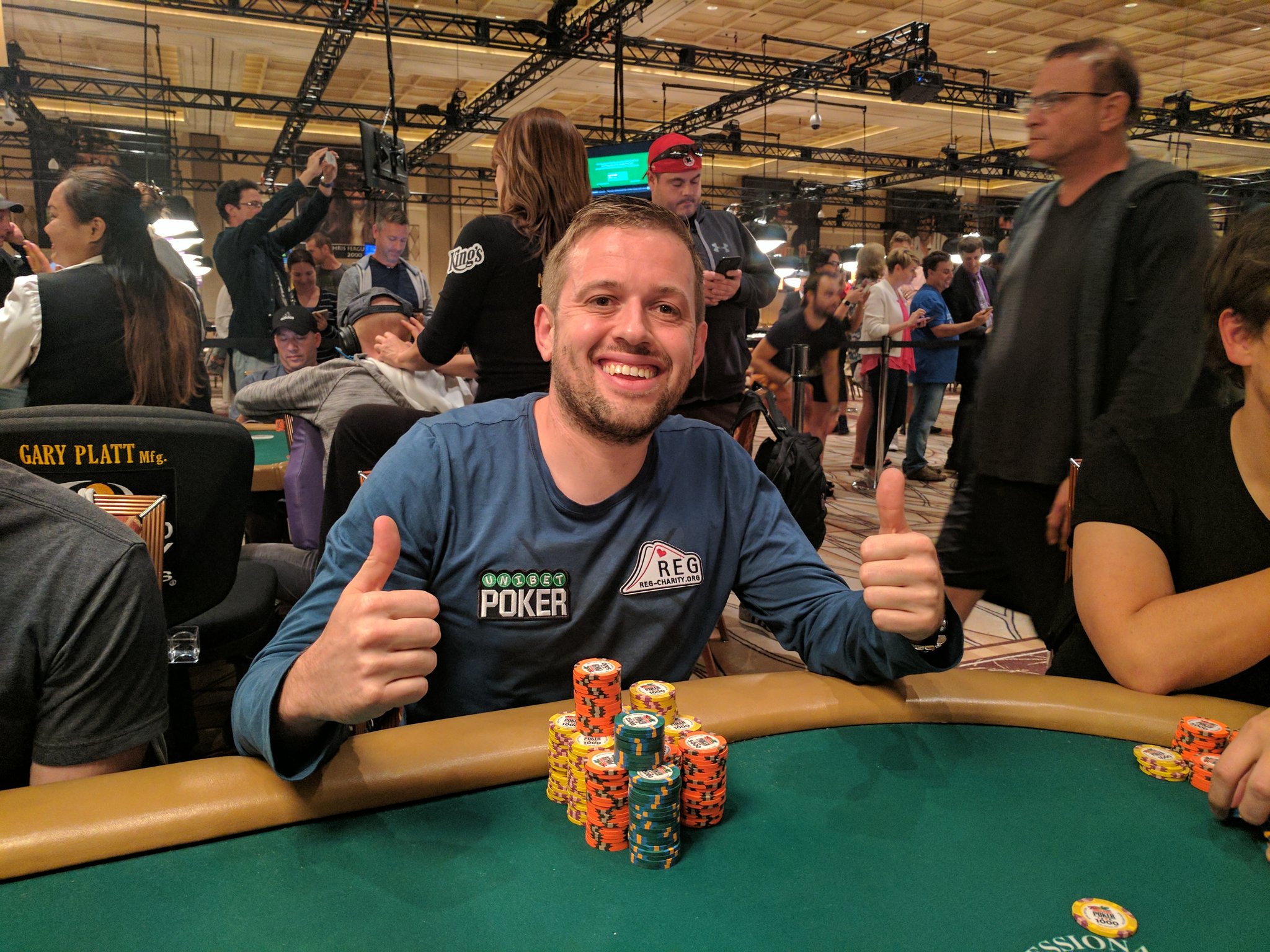 As the WSOP Main Event gets underway, Hallaert is leading a chorus of players complaining about an early July start, while others debate the thinking behind having 13 additional bracelet events on the 2018 World Series of Poker schedule yet to start.

The former November Niner attributes these factors to a lack of excitement from the poker community about the Main Event. But, of course, not everyone agrees his non-bracelet-winner’s hot take.

As of Monday, there are still four bracelet events in progress, excluding the Main Event, including two $10,000 buy-in tournaments (Pot-Limit Omaha Hi-Lo and Stud Hi-Lo), and the $1 million buy-in Big One for One Drop, along with another 12 that won’t start until after Day One of the Main Event concludes on July 4.

…finally go on holiday. Now it falls in the middle of everything and nobody is really pumped to play a lot more after you bust from the Main. There will also barely be any attention to those events with the Main going on. Please don't fix something that isn't broken. 2/2

Last year’s $10,000 buy-in world championship of no-limit hold’em, won by Scott Blumstein, began on July 9 and only the $1,111 Little One for One Drop event ran concurrently. Prior to 2016, it was rare for any bracelet events to start after the Main Event, let alone 13 tournaments.

Hallaert, who has cashed four times in the Main Event since 2009, admitted he understands that ESPN, the WSOP’s broadcast partner, has a say in when the tournament begins, but said, “sometimes yo (sic) have to think about the actors playing in it.”

Perhaps, using a bit of hyperbole, the former November Niner suggested that since the Rio wasn’t offering Main Event satellites throughout the day on Sunday, Day 1A of the world’s most prestigious poker tournament would “fit in” the Miranda room, a small room inside the convention center used for Rio daily deep stack tournaments and WSOP event overflow tables.

Day 1A is always the smallest of the three Day One fields. Last year’s opening session had 795 players, the most since 2013 (943), and far more players than the WSOP could cram into Miranda without causing a fire hazard.

Hallaert got his point across that what he saw as a lack of satellites this weekend killed the Main Event buzz. But there actually were a couple of satellites available for players hoping to earn a seat on the cheap. WSOP.com’s 25 Seat Main Event Scramble – a $215 online event – awarded 29 spots to poker’s world championship event. The Rio also hosted an $1,100 satellite on Sunday and had over 400 players, handing out more than 40 seats.

Hallaert’s opinion appeared to be in the minority on Poker Twitter. You can count Vanessa Selbst and David Williams as two poker players who politely disagreed. 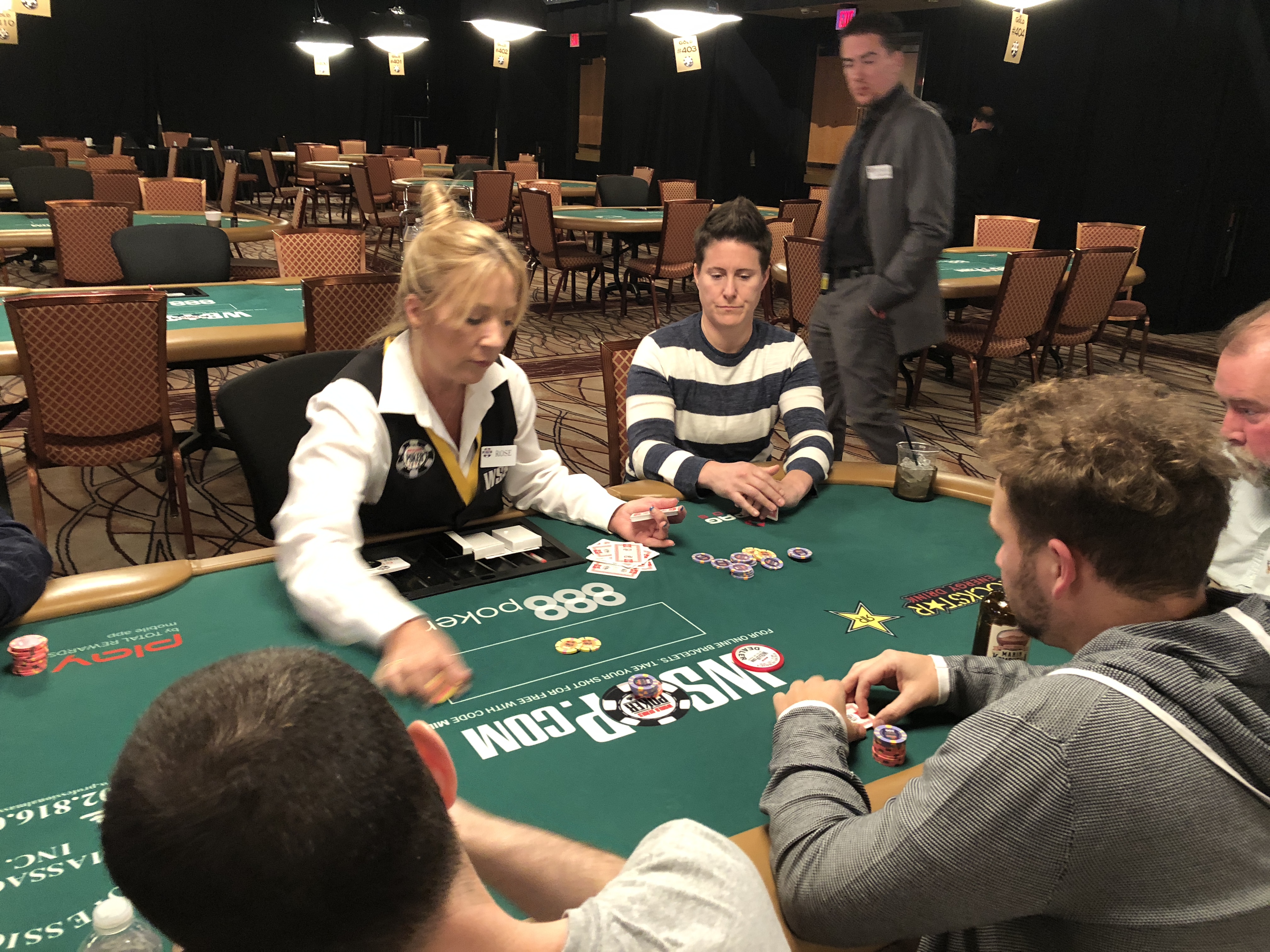 Vanessa Selbst recently retired from poker to work for a hedge fund but will compete in the 2018 WSOP Main Event. (Image: CardsChat News)

Selbst, who now works full-time at a hedge fund and has spent most of her summer on the east coast, feels the non-traditional schedule this year is better suited for someone in her position.

It’s definitely not a one-sided issue. I know plenty of rec players (myself included now) thrilled at the postlims. If you’re gonna take a week off work, it sucks to not have anything to play once you bust the main. This is a much more appealing schedule for us.

Of course, if Selbst busts out of the Main Event in a similar fashion to how she exited last year — losing aces-full to Gaelle Baumann’s quads on Day One – she might quit the game permanently.

Williams, who finished runner-up to Greg Raymer in the 2004 Main Event, appears to see both sides of the issue as he said, “I really like the events after” the Main Event, on Twitter.

“But this scheduling is awful for many reasons,” he continued without listing those reasons.

Grinder Blake Whittington (@SipnShamPain) had a different reason as to why he disagreed with Hallaert.

I guess I’m in the minority but I personally like that there will be plenty more good tournaments after the main event. It makes it far less soul crushing if you happen to bust. Still plenty of opportunities afterward

ESPN2 will begin its live coverage of the Main Event on Monday from 5-10 pm PT with commentary from Norman Chad, Lon McEachern, and Antonio Esfandiari.

Soon it will be a big battle and let the strongest win.