The 2020 WSOP Main Event is officially underway. But it looks a bit different this year than it has in the previous 50 years. Okay, it looks a lot different, given that it’s being played online at GGPoker and not at the Rio or Binion’s in Las Vegas. 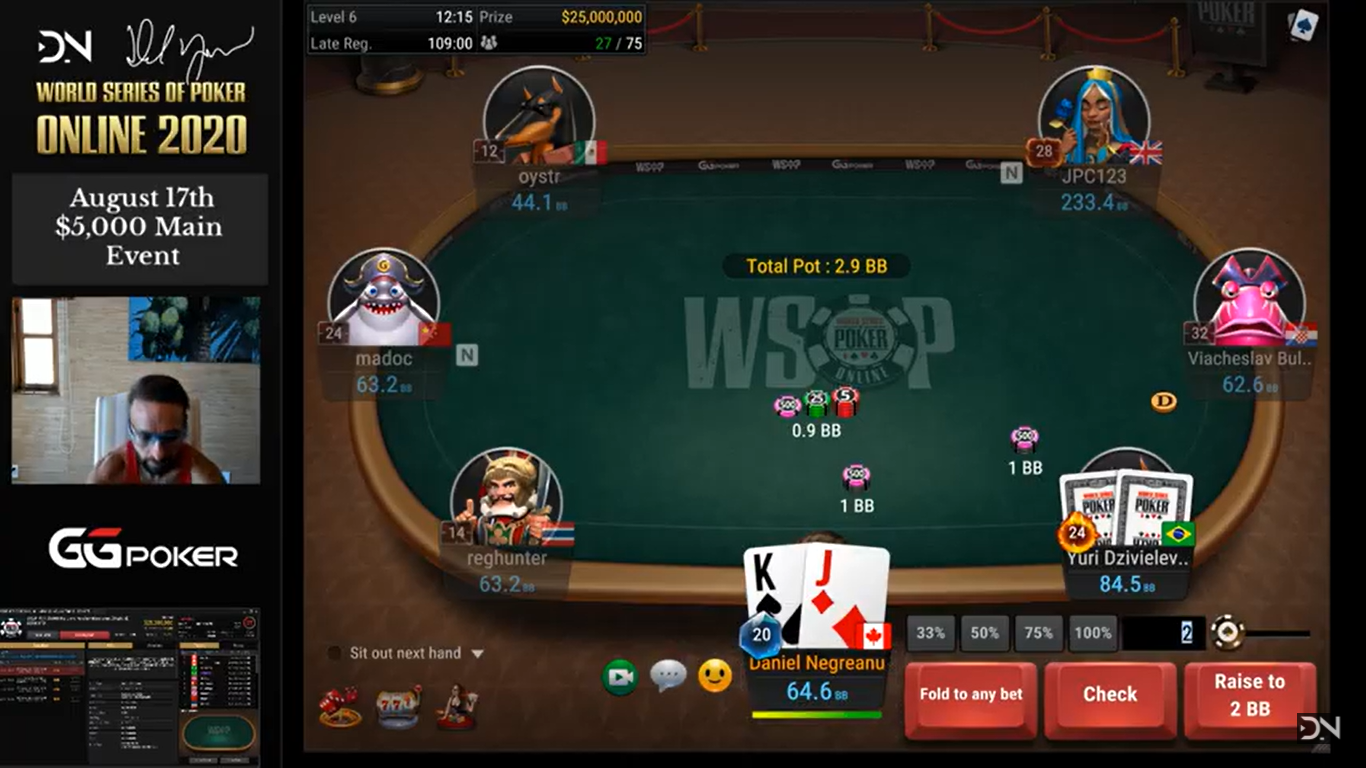 Zufic defeated India’s Suraj Mishra heads-up to win the bracelet. But the runner-up certainly didn’t go home empty-handed. He earned $586,157 for finishing in the top 0.0013% of the field.

The 2020 WSOP Main Event doesn’t have the hype of year’s past due to COVID-19. But the online poker tournament is worth paying attention to. At least $25 million in prize money will be awarded, making it the biggest internet poker tournament in history.

Day 1b of the $5,000 WSOP Main Event got underway on Monday, the second of 22 Day 1 starting flights. Players can enter up to three Day 1 flights, the first re-entry in Main Event history.

Negreanu already needs to use one of his re-entries for an upcoming flight. The GGPoker ambassador streamed his entire Day 1b session on YouTube, which lasted just under four hours. But he had a frustrating day, and busted just short of bagging chips when his A-K couldn’t out-draw his opponent’s pocket jacks.

“What a bulls**t day we had in that tournament,” Negreanu said as he frustratingly concluded his live-stream.

Negreanu still has two additional opportunities to run deep in the WSOP Main Event. The most important tournament of the Online Bracelet Series won’t conclude until the final table on Sep. 6.

Day 1b finished with 99 players of 464 entries bagging chips. Samuel Vousden ended with the biggest stack — 717,497, well ahead of the player in second place, Christian Jeppsson, who logged out with 602,774 chips. Most of the big-name pros avoided the first session, much like they do the regular live WSOP Main Event in Las Vegas each summer.

But a handful of familiar faces, including Negreanu, finished the day without chips. They included WPT GOAT Darren Elias and high roller Chris Hunichen. Those who bagged will return to the poker site on Aug. 30 for Day 2 of the championship event.