The WSOP Flip & Go Isn’t What You Think

The World Series of Poker has featured many unique tournaments in recent years, from the Dealer’s Choice to high roller and even heads-up events. And this year is no different, with a number of interesting events, but none as strange as Event #20: The Flip & Go Presented by GG Poker. 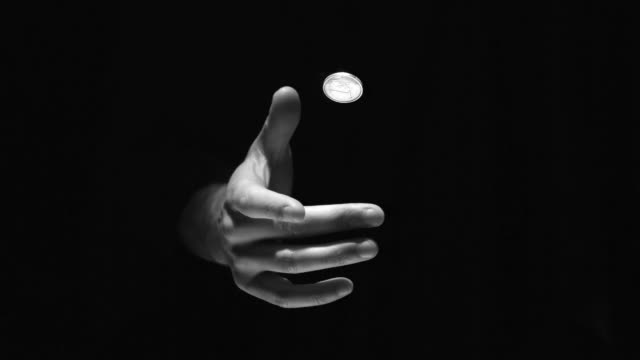 One new event at this year’s WSOP will require players to win a coin flip before they make it into the money. (Image: Getty)

I scrolled right past it on my first look at the WSOP schedule.

I’ve seen “flipaments” before and they usually don’t interest me. For a professional poker player, I just don’t have any gamble in me. Friends always have to teach me how to play craps when they’re in town and want to gamble because I forget the rules. Gambling for fun just isn’t my thing.

But then a friend told me that he was excited to play this event, and I asked why. When he pointed out that it’s only a flip for the first table, I was intrigued. After a bit of research, I think I understand how this will all play out, and it will provide some unique opportunities for a player who is comfortable adapting to new situations. As a mixed-game player, I’d like to think that’s me.

The buy-in is $1,000, which is fairly reasonable for an event at the WSOP, but there is so much gamble involved right at the start that I wouldn’t expect a casual player to be putting money into this one. The field will be high rollers, pros with big bankrolls, and wild gamblers, which sounds like a fun mix. There won’t be a lot of nits in this event.

As far as I can tell it goes like this…

(Screen gets wavy and a 70s-style dream sequence begins)

Each $1,000 entry gets you a chance to be dealt into the “flip” portion of the event. You can only advance once and can’t enter again after you’ve advanced, but you can try as many flips as you like until you win one.

When the flip begins, each player is dealt three cards, Pineapple style. All players are all-in at this time. Each player discards one card after the flop, just as in Crazy Pineapple. The remaining two hole cards now play out as a hold’em hand. If there is a chopped pot, all players continue to be all-in with the same rules until the table has one winner.

The winner of the flip moves on and is now in the money. I imagine this will be the record for the fastest that a WSOP event has ever made it to the money. Each player starts with 20,000 chips, so the winner will advance with 200,000 to the second phase of the tournament. Blinds and antes will be 1,000/2,000/2,000 after the restart, giving everyone a starting stack of 100 big blinds, which is very good for a tournament that’s already in the money.

The restart will take place at 7 p.m. after two flights of flips. Flips will also be available in the satellite area for nine days before the event starts, so I expect a pretty good field for this one.

The poker starts when the bubble bursts

The restart will be interesting. When the bubble breaks in a typical tournament, especially one with a large field, there is a mess of all-ins and wild play for an hour or so as players stuff in those short stacks they’ve been grinding for hours. That won’t happen in this one with 100 big blind stacks in front of everyone.

The usual tactic of stealing a lot on the bubble, and then locking it down once the bubble breaks, will likely be useless here. The restart will be like starting a new tournament. There may still be a few people who just feel lucky after winning their flip, but most people will be playing their normal game right after the bubble is broken.

There’s no specific payout structure mentioned on the official site or structure sheet, so it’s safe to assume that it will pay out a little more than double the buy-in for the players who go broke right after the restart. It’s possible that number will be a little higher because this event is only paying 11% of the field, and most WSOP events will pay a little higher percentage than that.

Starting with 100 big blinds and half-hour levels is a fairly quick structure for the rest of the event, though still much better than your typical smaller buy-in event because there are many more levels. Your local casino probably doesn’t have a 100/200 level followed by a 120/240, and then 150/300 and 200/400 levels, but this event does.

I did a little strategy noodling on the Pineapple portion of the flipament because that’s what I do. I love a strategy challenge and figuring out what to discard in Crazy Pineapple when you’re all-in against eight opponents isn’t something I’d ever had a reason to think about before.

The key here will be that you need to beat the whole table at showdown. That means that you’re going for big hands; if you get a bad flop, do you keep middle pair or a backdoor nut flush draw?

I started with an equity calculator and then, I gave my opponents top-25% ranges. I could be more accurate if I chose specific ranges they would keep according to each board, but it would take all night just to get a few hands done, and I think this method will answer most of my questions.

My initial guess was that the A-8 was probably better. A backdoor flush is a rare thing, and if I make two pair, I have a reasonable chance of winning because the second pair will be the ace. My guess was correct, though the difference wasn’t as big as I expected. And even after three hundred million hands, the numbers were still fluctuating because the variance is so high in a situation like this.

The other ranges, which are exactly the same, still have significant differences even after 300,000,000 hands. This is a very high variance spot.

Keeping the A♦ 4♦ for the backdoor flush draw was worth 4.38% equity, which was higher than I expected, probably because run outs like A-A, 4-4, and A-4 aren’t that uncommon, and sometimes win.

The A♦ 8♣ came out ahead with 5.5% equity. The higher frequency of two pair and trips combos really helped.

Now let’s look at another tough spot. What if my hand had been A♦ 4♣ 4♦? Is the potential set value of the small pair going to be worth more equity than the backdoor flush, two pair, and trips possibilities of the suited ace?

To my surprise, the small pair was almost exactly the same equity as the ace-high backdoor flush. After three hundred million hands, they were within .02% of each other.

The key is to chase big hands because backdoor flushes will drop in value if they aren’t to the nuts. Drawing to two pair will also lose a ton of value if your top pair isn’t the top pair on the board because you will run into a better two pair so often. You don’t need the nuts to win, but you’ll need a strong hand, so look for a big two pair, at minimum.

As an interesting aside, at least to a poker nerd like me, I was surprised at how much equity Q-Jo had on that same T-8-6 rainbow board. I probably shouldn’t have been surprised, but I guessed 8.5% because one pair won’t usually win, two pair doesn’t always win, and straights will sometimes lose when backdoor flushes come in to beat you. In fact, it had 9.55% equity — drastically higher than any of the other options.

I’ll be playing this one. I think the field will be gambler-heavy, and once I get into the restart, I’ll be playing fairly deep stacked in a reasonable structure against players whose only qualification was that they won a flip. That sounds like a good gamble to me.

I also have a suggestion for next year. I think the final table should also be run as flips until one person has all the chips, with payouts as normal based on finish position. If we’re going to gamble, let’s gamble! And it would make for amazing TV. ESPN, are you listening?

*Correction – It appears that flips will be run eight handed, which changes a few things, though the idea behind the calculations, that you should be shooting for big two pair hands at minimum, remains correct. This will create starting stacks of 160,000 at the restart, still a healthy number given the structure.

Thanks Rick. I did my best to correct that stuff without spending hours rewriting the whole thing and running new equity calculations.