Oleksandr Shcherbak took down the first tournament of the 2017 World Series of Poker Europe, an €1,100 Monster Stack No-Limit Hold’em event, for €117,708. It was the Ukranian’s his first career WSOP cash. Not to take anything away from from Shcherback’s accomplishment, but more interesting to some was a €3,184 payout for 20th place that went to Ryan Hughes. It was the Arizona pro’s 43rd career WSOP cash, and his 17th of 2017, enough to put him ahead of Chris “Jesus” Ferguson in the race for WSOP Player of the Year. 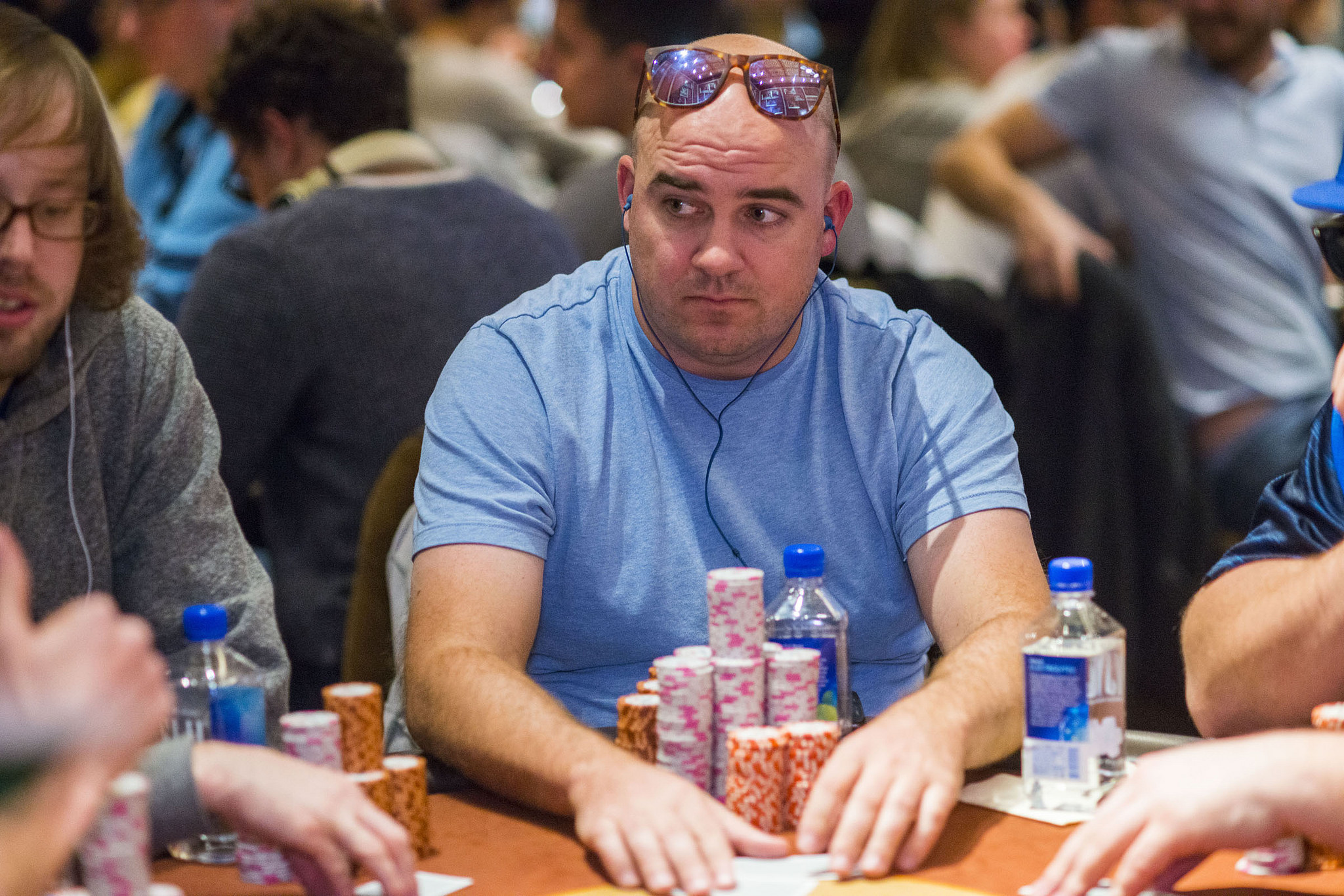 Ryan Hughes has his eye on the prize, and after the first WSOP Europe event is looking to hold off Chris Ferguson and others still in contention for WSOP Player of the Year (Image: World Poker Tour)

The POY chase began this summer in Las Vegas, but won’t be settled until the conclusion of the 11-tournament WSOPE, which got underway this weekend at the King’s Casino in Rozvadov, Czech Republic.

Oleksandr Shcherbak had minimal tournament experience, but was able to outlast everyone in a field of 528 that included Hughes and Ferguson, as well as Phil Hellmuth, James Akenhead, Kenny Hallaert, Chris Moneymaker, and John Racener.

Shcherbak’s only previous cash came in August, a 431st place finish for €2,160 in the August PokerStars Barcelona Championship.

He closed out the victory on Monday, Day Three, after getting heads-up with Bulgarian Viliyan Petleshkov, also seeking his first WSOP bracelet. Shcherbak held a 2-1 chip advantage when Petleshkov finally found an opportunity to double-up with A♥Q♠. He pushed and got called, but instead of dominating, he was in a race against Shcherback’s 7♥7♠.

Hughes finished in 20th place in Event #1, but he gained 45.75 POY points, putting him atop the leader board with 922.10 for the year, almost 24 points ahead of Ferguson.

When Ferguson busted out of Event #1 short of the money bubble (84 places got paid), it opened a door for Hughes or 2010 WSOP Main Event runner-up John Racener to surpass him.

Jesus entered the European leg with 898.46 points, leading Hughes by 22 and Racener by 45. Others such as John Monnette and Daniel Negreanu were still in the running before, but decided ultimately not to participate in the WSOPE, effectively bringing any POY dreams (and prop bets) to a close.

For those who still refuse to forgive Ferguson, the former Full Tilt Poker executive, you can breathe a sigh of relief, at least for now.

But there are still 10 tournaments remaining, so while it’s not anyone’s ballgame, it is among a select few trying to rack up points in Rozvadov.