WSOP Europe Heading to Czech Republic in 2017 and ‘Foreseeable Future’ 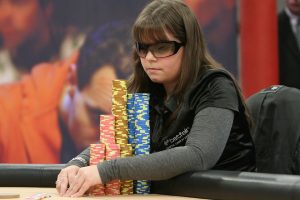 Annette Obrestad was the youngest bracelet winner (18) when she won the WSOP Europe Main Event in 2007. (Image: macpokeronline.com)

The WSOP Europe took a year off but it will be back in 2017, this time at King’s Casino Rozvadov in the Czech Republic.

World Series of Poker Europe tournaments are gold bracelet events. Players earn points towards Player of the Year, along with points accumulated from the series in Las Vegas over the summer.

Turnouts for WSOP Europe events are much smaller than the American series, but still prestigious.

Schedules and specific dates have yet to be released, but there will be a minimum of 10 bracelet events in 2017 and 2019. A television crew will be in the house covering the Main Event.

WSOP Europe was introduced to the poker world in 2007. In 2014, the WSOP announced it would only host the series during odd-numbered years and WSOP Asia Pacific would take the even-numbered years. Therefore, for the first time since 2006, there was no WSOP Europe in 2014, and then again no series in 2016.

The most recent series, in 2015, took place in Berlin, Germany. Kevin MacPhee defeated David Lopez heads-up for the title and €883,000.

Some of the biggest names in poker have won the Main Event. The inaugural winner, Annette Obrestad, was an online poker sensation who became the youngest player ever to win a World Series of Poker (18-years old).

Obrestad began her online poker career at age 15 and claims to have never deposited a penny, getting her start by winning free roll tournaments under the screen namtee ‘Annette_15’. She outlasted a field of 362 players in the Main Event to win a cool £1 million.

WSOP Europe has moved around the continent over the years to places such as Berlin, Germany and Enghien-les-Bains, France. In 2017 and 2019, it will be held in Rozvadov, Czech Republic.

King’s Casino has become one of the top gambling spots in the region. Many top poker pros go there to get some action, including Fedor Holz. It is a Las Vegas-style casino with over 1,800-square meters of entertainment.

The casino has the largest poker room in Europe and is a short two-hour drive from major cities Prague and Munich. It’s easy to get to by car and airplane and has a good reputation among top poker pros in Europe.