WSOP 2016 Day Two was, as expected, an entertaining day of poker. With the Colossus II kicking off Thursday morning, the Rio Convention Center was jam-packed with familiar faces, a lot of “kids with a dream,” as Norman Chad would say, and many well (and not-so-well) known professionals. 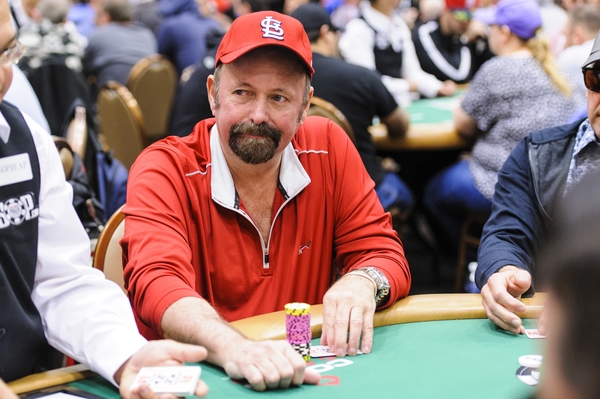 Let’s do it again: 2008 WSOP Main Event third place finisher Dennis Phillips was in Flight 2A for Colossus II on Thursday at the Rio in Las Vegas. (Image: pokerphotoarchive.com)

But, before we get into the juicy details about Colossus II, the very first series event of the year has concluded, and the first WSOP champion of 2016 has been crowned. 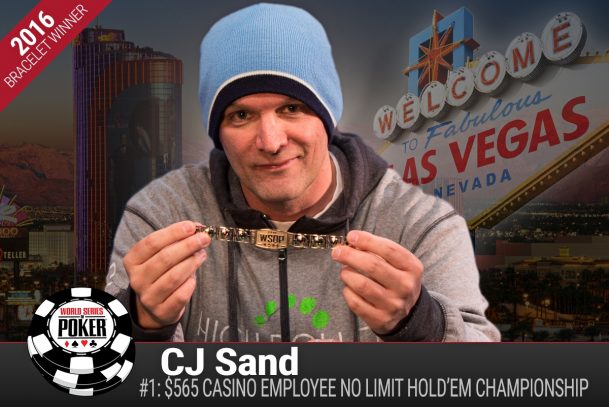 Christopher Sand of La Habra, California won Event #1, the Casino Employees $565 No-Limit Hold’em tournament. He took home $75,157 for his efforts. Sand has just one other WSOP cash to his name, which was last year in the Colossus. He finished 1,596th place in that event, and earned $1,801.

Spencer Bennett, another California native, entered the second and final day of the event with a commanding chip lead. But it wasn’t meant to be. He finished in 4th place and should feel good about the $22,753 payday he received.

Last year’s Colossus didn’t reach the money bubble until late on Day Two. This year, a structure change has been made. Each of the six Day One flights will see 15 percent of the field leave with a guaranteed payday of at least $833.

On Day Two, players will then attempt to increase that cash. During flight #2A, 488 players cashed. One player who did not cash is Rainer Kempe. Fresh off his $5 million victory in the Aria Super High Roller Bowl the night before, the German busted midday in the tournament’s first flight. The $565 he lost probably won’t be missed too much, though.

One of the most popular and talented female poker players in the world, Maria Ho, had a strong Day One. She ended with 186,000 in chips.

Another talented female player and 888poker pro, Jessica Dawley, busted in flight 2A, but came back to enter the 4 pm session. Unfortunately for the South Florida pro, she ran into some bad luck the second time around, and was sent to the rails before she could cash.

Faraz Jaka, a pro poker player and adventurer, had a bit more luck than Dawley as he cashed, but was sent to the cashier’s booth by 2009 Main Event champ Joe Cada.

Players started the tournament with just 5,000 in chips. On all the Day One flights for Colossus II, there are 18 levels of 30 minutes each. The final level of the day is 3000/6000, with 500 antes. That means, in order to survive Day One, luck must be on any player’s side.

The blind structures certainly aren’t advantageous to the skilled pros who want to grind out their less talented opponents. But considering the buy-in is just $565 for a chance to win $1 million, many players still see value there.

There will be two Day One flights again each day, on both Friday and Saturday. Then Day Two begins at 2 pm Pacific Time on Sunday. A champion will be crowned on Tuesday.

Meanwhile, your very own erstwhile reporter here is testing his skills in Flight 2C today, even as many of you read this, and will be reporting on that experience tomorrow, win or lose.