As the numbers were tallied for the WSOP Colossus II over the weekend, it turned out this year’s event didn’t set the record for most participants, but it came close. And what started with 21,613 players is now down to its final 77 at start of play on Monday. 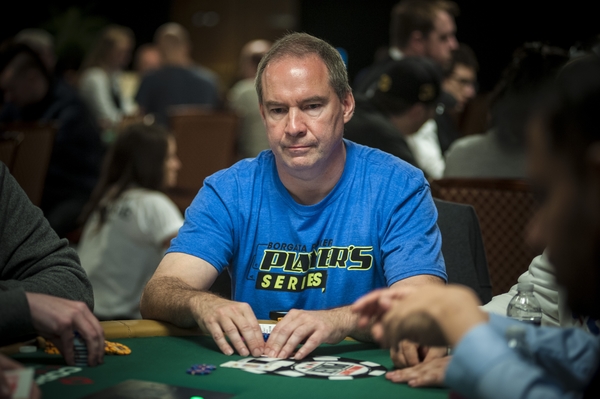 Ben Lindemulder of Mount Pleasant, Michigan will kick off the day with a large chip lead, with a stack size of 5,325,000. That’s nearly 1.8 million more than any of his closest competitors.

There are two more days of play remaining in the Colossus. Play will resume on Monday and Tuesday at 2 pm Pacific Time. We’ll have a winner sometime on Tuesday night.

The second day of event #3, the $10,000 Seven-Card Stud tournament, brought out some of the biggest names in poker, including Phil Hellmuth, Daniel Negreanu, Jason Mercier, and Ted Forrest. With just six players left, some legends of the game still remain.

Forrest, known as arguably the best stud player in history, will be fourth in chips (447,000) when play resumes today at 2 pm PT. The six-time bracelet winner has shown that at age 51, he can still compete with the young guns, at least in seven-card stud.

And Robert Mizrachi, Michael’s brother, heads into the third and final day Monday with the chip lead (1,371,000). Mizrachi will be chasing his fourth career WSOP bracelet.

There were 389 players who entered Event #5, the $1,500 Dealers Choice Six-Handed tournament. After one day of play, just 85 remain. And in a field dominated by men, numbers-wise anyway, it’s a woman who heads into Day Two with the chip lead.

Svetlana Gromenkova, a New York resident and 2008 bracelet winner, has 99,600 chips, which tops the list of returning players. But in order to win her second bracelet, she’ll need to beat out some top players in the field. 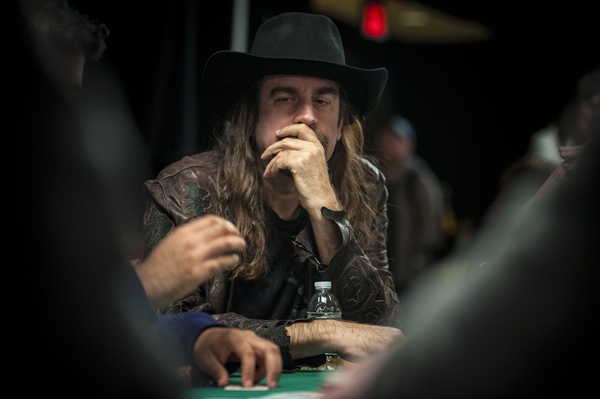 The notorious Chris Ferguson played in his second WSOP event so far this summer, the $1,500 Dealers Choice/Six-Handed Event #5, and returns for more action today. (Image: pokerphotoarchive.com)

Ferguson is playing in his second event of the summer, which is also his second since his disappearance from the poker world following the Full Tilt Poker Black Friday scandal in 2011.

Colossus by the Numbers

There’s no secret that not enough women play poker. But the Colossus may have exposed this problem even further.

Of the 21,613 participants in the event, only 1,270 (5.9 percent) were female. That won’t go over well with those who have been advocating for more women in poker.

The oldest player in the field was Norman Spivock of San Rosa, California (92 years, 1 month, and 21 days old). Spivock held this designation over from last year.

The youngest player was Brandon Henderson of Grand Prairie, Texas, who just made the cut having turned 21 the day before play kicked off.

From the six Day One flights in this re-buy event, 9,900 players re-bought at least once, with a well-bankrolled 268 entering all six flights, for a grand total of $3,390 apiece. Now that’s self-confidence.