The 2016 WSOP is now nine days in, and the action inside the Rio in Las Vegas is as hot as the triple-digit temperatures outside.

A 2015 November Niner made another deep run in a massive field. A poker legend who hasn’t been heard from much in recent years final-tabled an event, and a pair of bracelets were awarded on Thursday. 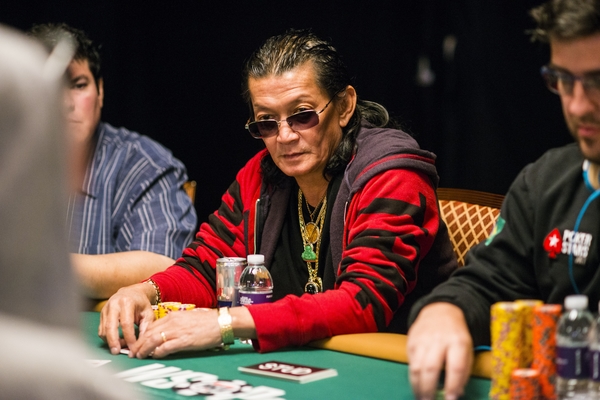 Remember the great Scotty Nguyen? One of the game’s most colorful and entertaining players during the “poker boom” era earlier this century has sort of fallen off the grid in recent years, but he’s still playing cards, and apparently hasn’t lost his edge, either. On Thursday, Scotty finished 8th in Event #8, the $1,500 H.O.R.S.E., and took home $19,724. 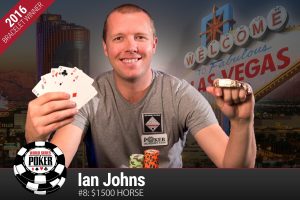 Last year, he final tabled another H.O.R.S.E tournament, finishing in 7th place. The legend has five career bracelets, but none since 2008.

Scotty couldn’t quite win another one in Event #8, baby. But Ian Johns did, earning his second career bracelet. He took home $212,604. Justin Bonomo, a top pro and quite a women’s rights activist, was the runner-up.

Percal Wins It, Heads Up

One of the most exciting events of the summer, Event #9, the $10,000 Heads-Up No-Limit Hold’em Championship, also came to a close Thursday, with Alan Percal securing the bracelet.

It was his first cash at a summer WSOP event, but he does have a pair of Circuit cashes to his career, from this past April, as well as in 2012. The Florida resident finished things off by defeating John Smith, a 69-year old Vietnam war veteran from California. Smith took 11th in 2014 in this same event, so he obviously knows what he’s doing mano-a-mano.

A bracelet hasn’t been awarded in Event #10, the $1,500 6-Handed No-Limit Hold’em yet, but what started with 1,477 players on Wednesday is down to 21. Javier Garcirreynaldos of Spain is the chip leader heading into the tournament’s third and final day. He’ll be looking for his first career bracelet, and just his second-ever cash.

Fedor Holz, one of the game’s brightest young stars, is still alive and kicking with 157,000, but will need to make a move early on in Day Three in order to have a chance at winning. The German is fresh off his 2nd place finish in the Aria Super High Roller Bowl last week, so his confidence should be soaring.

But the big story in this event is 73-year old Pierre Neuville who has 270,000 chips left. Neuville was a member of the 2015 November Nine, where he became the oldest player to reach the Main Event final table, ever. The Belgian has shown age isn’t always a factor when it comes to poker.

Thus far, 201 players in the tournament have been paid. The final 21 will receive money today, and one lucky (and skilled) person will also receive a coveted gold bracelet. First place pays $346,088.

Only 118 players signed up for Event #11, the $10,000 Dealers Choice 6-Handed Championship, but it’s a variation of poker that many love. The tournament is down to its final 11 players at start of play on Friday, including Dan Smith and John Monnette.

Smith has 707,000 chips, which is 107,000 fewer than chip leader Jean Gaspard’s stack. Monnette has 640,000. First place is going to pay out $306,621. For Dan Smith, winning that first bracelet has been a long time coming. That’s pretty much the only thing the pro hasn’t accomplished in his impressive career.

The final day of play will resume at 2 pm Pacific time today.

He was a bit off in his prediction, but the tournament still had 2,483 entrants, many of which were rebuys. After one day of crazy action, this event is down to 80 players. One of them will win a bracelet on Friday.

The chip leader is Alexander Ahmed (517,000) from Michigan. Ahmed’s best cash to date has been in 2013, when he took first in the $350 Pot Limit Omaha rebuy event at the Chicago Poker Classic for $43,532. His only prior WSOP cash was in a 2013 Circuit event, where he took the 193rd for a modest $809. No doubt he hopes to make today the day that pushes him towards his first gold bracelet.

Breathing down his neck, second in chips, is accomplished pro David “ODB” Baker. Unlike Ahmed, Baker has a plethora of WSOP cashes, 49 of them to be exact, including a bracelet.

Finally, there is the infamous Chris “Jesus” Ferguson kicking off play today with 87,000 chips. He has already secured his second cash this summer in this event, and starts in the #54 position, so he has his work cut out for him when play resumes at noon PT for Day Two. Jesus has been away from the game since 2011 for his alleged role in a Full Tilt Poker scandal, and there’s been plenty of controversy about his return, much of it on social media from some high-profile players like Negreanu et al.

Kicking off today are the large-field Event #14, the $1,500 Millionaire Maker, which sees Flight A begin at 10 am in Las Vegas. There is a Flight B on Saturday at the same time. Its name is truth in advertising, with a cool million promised to the first and second-place finishers. Also starting today will be Event #15, the Eight-Game Mix/Six-Handed, which is a three-day tournament.