WSOP Day 13: No Bracelets Yet, But Phil Hellmuth Fights for Number 14

Even with the busy World Series of Poker schedule, there are some days that don’t have a final table on the docket. Sunday was one of those days, as although there were four events in progress, none of them crowned a winner during the day.

Hellmuth in Contention in Razz Championship 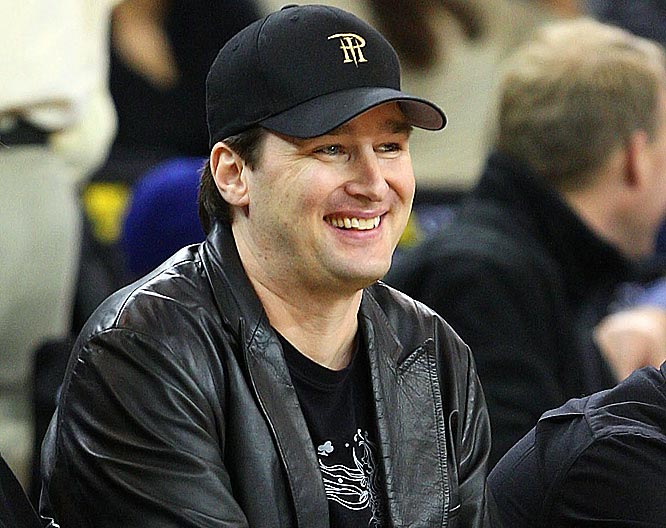 As WSOP Day 13 gets underway, we see the iconic Phil Hellmuth waging poker war for his 14th WSOP career win in the $10,000 Razz Championship. (Image: fourflush.com)

But there are many top tournament pros still in contention, and none of them has a better chance at walking away with the bracelet than Hellmuth.

The ex-Poker Brat found himself 61st in chips heading into Day 2, putting him near the bottom of the standings. But by the end of the day, Hellmuth had climbed all the way into third place overall, giving him a real shot at winning his 14th career bracelet.

Also in great position are Erik Seidel (4th) and Mike Leah (5th), while other pros like Shaun Deeb, Eric Wasserson, and Brandon Shack-Harris are also still alive. Everyone remaining in the tournament has already clinched a prize of at least $22,597.

Millionaire Maker Down to 142

Two days of play in the Millionaire Maker has taken a field of 7,275 players and winnowed it down to 142 contenders. After the end of the second day, Justin Pechie holds the lead with a stack of 979,000 chips. 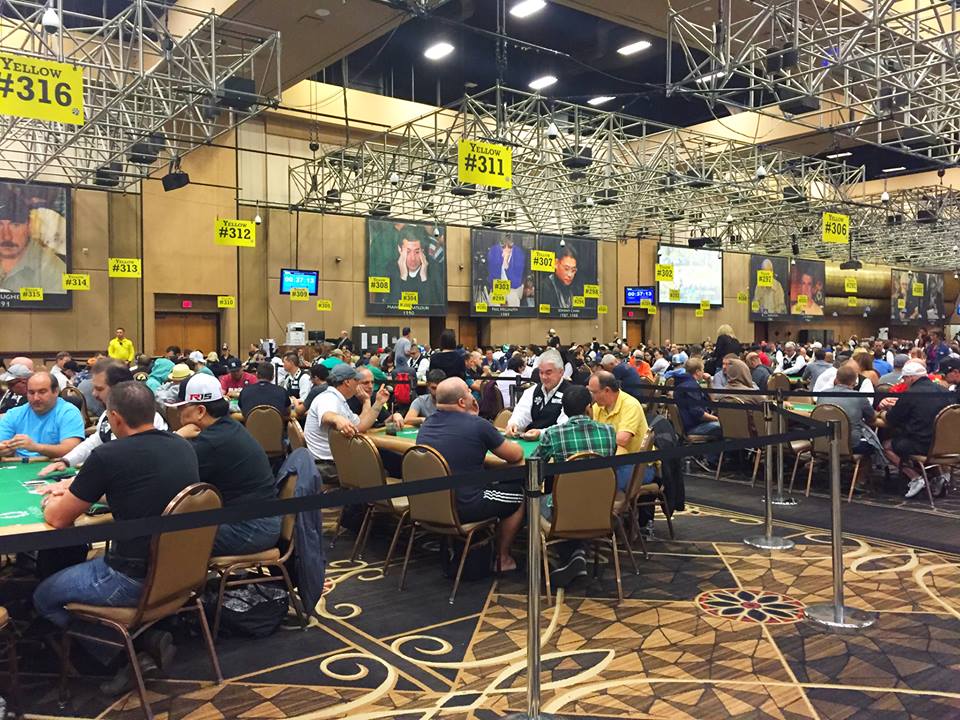 Play will continue in the Millionaire Maker today, when Day 3 of the event gets underway.(Image: CardsChat.com exclusive)

Pechie is a bracelet winner who has won nearly $1.2 million in his career. But if you haven’t heard of him despite his success, you’re likely to know a few of the big names that are not too far behind him.

Blair Hinkle has bagged a stack that puts him in the top ten overall, while Andrew Lichtenberger, Hoyt Corkins, Olivier Busquet, and Shannon Shorr are all bringing very healthy stacks into Day 3 of Millionaire Maker.

The remaining players are competing for a top prize of $1,277,193. The Millionaire Maker is scheduled to finish up tomorrow, but given the number of players remaining, it seems possible that it might become the latest tournament to stretch into an extra day before declaring a winner.

It’s easy to see why the WSOP Turbo events are so popular. While there’s something to be said for getting a lot of play for your money, not everyone has that kind of time, and many would love to have a real World Series of Poker experience that lasts just a day or two. That’s exactly what players got last weekend in the Hyper Turbo, and Sunday’s $1,000 Turbo No Limit Hold’em tournament offered the same high-paced action for players in a hurry.

Though 1,791 bought into the Sunday tournament, only 29 were still around by the end of the day. Gregory Kolo finished play with a big chip lead, as his stack of 862,000 was ahead of his nearest competition by almost 300,000 chips.

Most of the players remaining in the field aren’t particularly well-known in the poker world, though there are exceptions, such as professional Joe Kuether. The eventual winner will take home a prize of $298,290 sometime on Monday.

Combine Limit Hold’em with a Six-Max format, and you’ve got a tournament that’s pretty much made for specialists. But if you were expecting a big name to lead the $3,000 Limit Hold’em Six-Handed tournament after Day 1, prepare to be disappointed.

Instead, the chip lead goes to Joseph Thomas of Paxton, Massachusetts, a player who has yet to record a cash in his WSOP career. With 124,900 chips, Thomas is nearly 40,000 chips ahead of Aleksander Denisov in second place, putting him very comfortable position to at least break through and cash for the first time.

That’s not to say that you can’t find plenty of familiar names on the leaderboard, of course. Jorryt van Hoof and Daniel Idema are both sitting in the top five in chips, while David Benyamine, Carlos Mortensen, Daniel Negreanu, and Davidi Kitai all have top 60 stacks.

It’s certain that at least one bracelet will be awarded on Monday, as the Turbo tournament should certainly draw to a close well before the day ends, and there’s no reason to think that the $10,000 Razz Championship won’t end today, too.

There’s also one new tournament starting up, a standard $1,500 No Limit Hold’em tournament which should draw a big field.