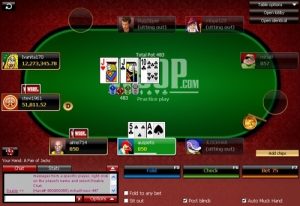 WSOP.com is expecting a huge spike in traffic during the WSOP and will for the first time allow mobile poker at the tables. (Image: wsop.com)

The 2015 World Series of Poker is upon us and WSOP.com will be bracing itself for a huge surge in traffic in Nevada, as thousands of poker players descend on Vegas from the four corners of the earth.

Last year traffic rose 24 percent in the first week of the Series alone, according to industry number cruncher PokerScout.com, with player numbers at WSOP.com overtaking the biggest sites in New Jersey, which has three times the population of Nevada.

Liquidity levels held steady throughout June, before climbing even higher during the Main Event.

This time around numbers are expected to be even bigger, with PokerScout suggesting a “cautious estimate” of “at least” a 50 percent rise by the time of the Main Event.

This estimate is based on a number of factors. First, if pre-registration levels are anything to go by, the WSOP this year is expected to be huge, bolstered by a number of big events such as The Colossus.

With a buy-in of just $565 and a guaranteed prize pool of $5 million for that tournament, the WSOP is hoping to break the record for the largest live poker tournament ever held, with some predicting that it could attract close to 20,000 runners.

In fact, the WSOP has deliberately created more large-field, low buy-in events, including an online bracelet tournament, precisely to attract the kind of player that might be tempted to log on and play online during their stay.

Caesars has completely re-hauled the WiFi infrastructure at all its properties, the Rio in particular, in order to accommodate the anticipated hordes. Wi-Fi will also be free in all areas of the Rio, with Wi-Fi in all rooms included as part of the room fee.

And, for the first time in its history, players will be permitted to play online from their mobile devices at the tables.

Last year, they were permitted to bring laptops, but WSOP.com has since gone multi-platform, introducing mobile poker compatible with both Android and iOS operating systems.

Caesars have also gained a dispensation from the Nevada Gaming Control Board that means the board will waive its one-player-per-IP-address rule.

The Rio and all other Caesars properties will be whitelisted and exempted from the rule throughout the duration of the Series.

All this should have the desired effect of injecting life into WSOP.com Nevada, for six weeks, at least.

Of course, when all is done and dusted and the last chip bagged up, the numbers are likely to return to pre-WSOP levels, as they did last year.

In fact, total online poker revenues for Nevada began a gradual decline from August 2014 to November, when the Control Board stopped reporting figures due to UltimatePoker’s exit from the market.