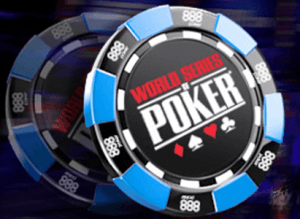 WSOP.com and 888poker to share player pools. Could interstate pool sharing be just around the corner? (Image: internationalcasinonews.com)

WSOP.com and 888poker.com have announced that they will share some player liquidity in the New Jersey market.

It’s a move that will allow for more a wider variety of choice in ring games and bigger prize pools and guarantees for tournaments.

It could even be enough to unseat Party Borgata from its perch as the leaders of cash game traffic Garden State.

While not all liquidity will be shared, it seems that the vast majority will be, with a merging of player bases for micro-stakes and low stakes games (NLH tables with stakes up to $0.25/$0.50 and fixed limit games up to $0.50/$1.00).

Also pooled will be sit-n-gos with buy-ins up to $5 and a selected number of tournaments, which together will constitute $130,000 in shared prize pools each week.

Meanwhile, each site will keep its individual reward and VIP programs and players will earn points towards these programs only when they play on the specific site.

The transition should be relatively seamless, as 888.com already provides the software for the WSOP.com platform.

Plans are already underway by 888 in Nevada to develop a network that will share player bases between WSOP.com Nevada, a new poker room from Treasure Island and a third separate 888 poker room.

“This is an excellent step forward for us and should help in building a larger audience and player base for online poker in New Jersey,” said David Licht, CEO of the All American Poker Network, which is the joint venture between 888 holdings and Avenue Capital. “Shared liquidity will help create a better player experience, we hope will attract a diversity of players and begin to bring poker to a broader audience once again.”

“It is important we continue to experiment and look for new ways to create stickiness,” added Director of Online Poker at WSOP.com Bill Rini. “Customers used to playing on our site will not notice anything different, except more robust action and bigger prize pools. We also hope this will help expand the market by offering more variety.”

With PokerStars.com limbering up enter the market as soon as it gets the green light from the New Jersey Division of Gaming Enforcement, this is a timely maneuver from the two companies as they gear up to compete with the online poker giant in a limited space.

Today Senator Raymond Lesniak, a vocal proponent of online gaming in New Jersey, tweeted that PokerStars would be back in New Jersey in March 2015.

When asked about reason for the delay, he said, it was down to nothing more than “due diligence” and “window dressing.”