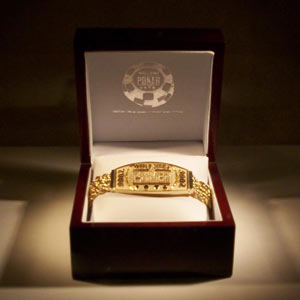 Is there a jinx on those that end up winning the WSOP Main Event?

World Series of Poker’s newest champion Ryan Riess had better watch his back if he knows what’s good for him. That’s because in recent years, in addition to millions of dollars in prize money and a championship gold bracelet, winning the WSOP Main Event has been accompanied by incredible bad luck. Will the 2013 WSOP Main Event champ be able to avoid the jinx?

Riess, 23, from East Lansing, Michigan won the WSOP Main Event last month at the Rio All-Suites Hotel & Casino in Las Vegas, Nevada earning him world fame and a not-too-shabby $8.4 million in the process. If history is any guide, all that good luck could turn into a mixture of black cats and broken mirrors.

The WSOP jinx last struck 2010 WSOP Main Event winner Jonathan Duhamel when he was hit by a major stroke of bad luck not long after winning the title. Two burglars broke into his suburban Montreal home, beating up Canada’s first WSOP Main Event champion and stealing his WSOP Main Event championship gold bracelet and other valuables. The beating was so brutal that the 24-year-old French Canadian poker champ had to be rushed to a local hospital.

Origins of the Jinx

The beginning of “The Jinx” seems to coincide with the start of the so-called “Poker Boom” in 2003. An unknown accountant from Tennessee named Chris Moneymaker won a $39-entry online poker tournament, earned a seat at the WSOP Main Event and then miraculously won it, earning $2.5 million.

A few months later, Moneymaker’s longtime wife dumped him, filed for divorce and got half of his poker winnings in the nasty divorce settlement. “She didn’t marry a poker player,” Moneymaker lamented in an interview about the split.

The 2004 WSOP Main Event winner, Greg “Fossilman” Raymer, a Connecticut lawyer, also encountered some bad luck just months after winning the prestigious poker title. While walking down a hallway of the Bellagio hotel-casino in Las Vegas en route to his room after playing in a high-stakes poker cash game, Raymer was attacked by two gun-toting muggers. The nearly 300-pound Raymer fought off the muggers, who fled before police arrived on the scene. Sometime after that, the married Raymer was arrested for soliciting a prostitute in North Carolina, where he had moved after winning the championship.

In 2005, an Australian of Lebanese descent named Joe Hachem won the WSOP Main Event, becoming the continent’s first WSOP Main Event winner. Hachem’s privacy soon ended, however, as after winning the title he became the target of numerous death threats. He had to go into virtual hiding, moving his family to a new home in a secret location and being forced to keep a relatively low profile ever since.

The winner of the 2006 WSOP Main Event had the quickest bad luck payback among the jinxed. Immediately after winning the crown and the accompanying $12 million cash prize, Jamie Gold was sued by another man who claimed Gold had agreed to split his winnings with him. The case went to court and a judge froze $6 million of the winnings pending outcome of a trial.

Sensing he was going to lose the suit, Gold made an out-of-court settlement with the man. Although the settlement was never disclosed, it was reported to be for about a third of the title winnings, or about $4 million. After the lawsuit was announced, online gambling site Bodog, which employed Gold as a highly-paid spokesman for its poker operations, fired him because of the bad publicity generated by the suit.

Jerry Yang, a Laotian-American, won the 2007 WSOP Main Event and promptly disappeared from the face of the earth, or so it seemed. Yang is the least known and the most obscure WSOP Main Event winner of the last decade, and that apparently will be his enduring legacy.

Peter Eastgate of Denmark won the 2008 WSOP Main Event, becoming the first Dane to earn that honor. The pressure, fame and notoriety of winning a WSOP Main Event became too much for him, however, and forced him to retire from poker altogether.