The World Series of Poker Circuit just wrapped its stop at Planet Hollywood in Las Vegas. The latest WSOP Circuit ring winner is 26-year-old Fernando Galvan, who topped a field of 845 entries to win the $1,675 Main Event for $247,160 and his first gold ring. 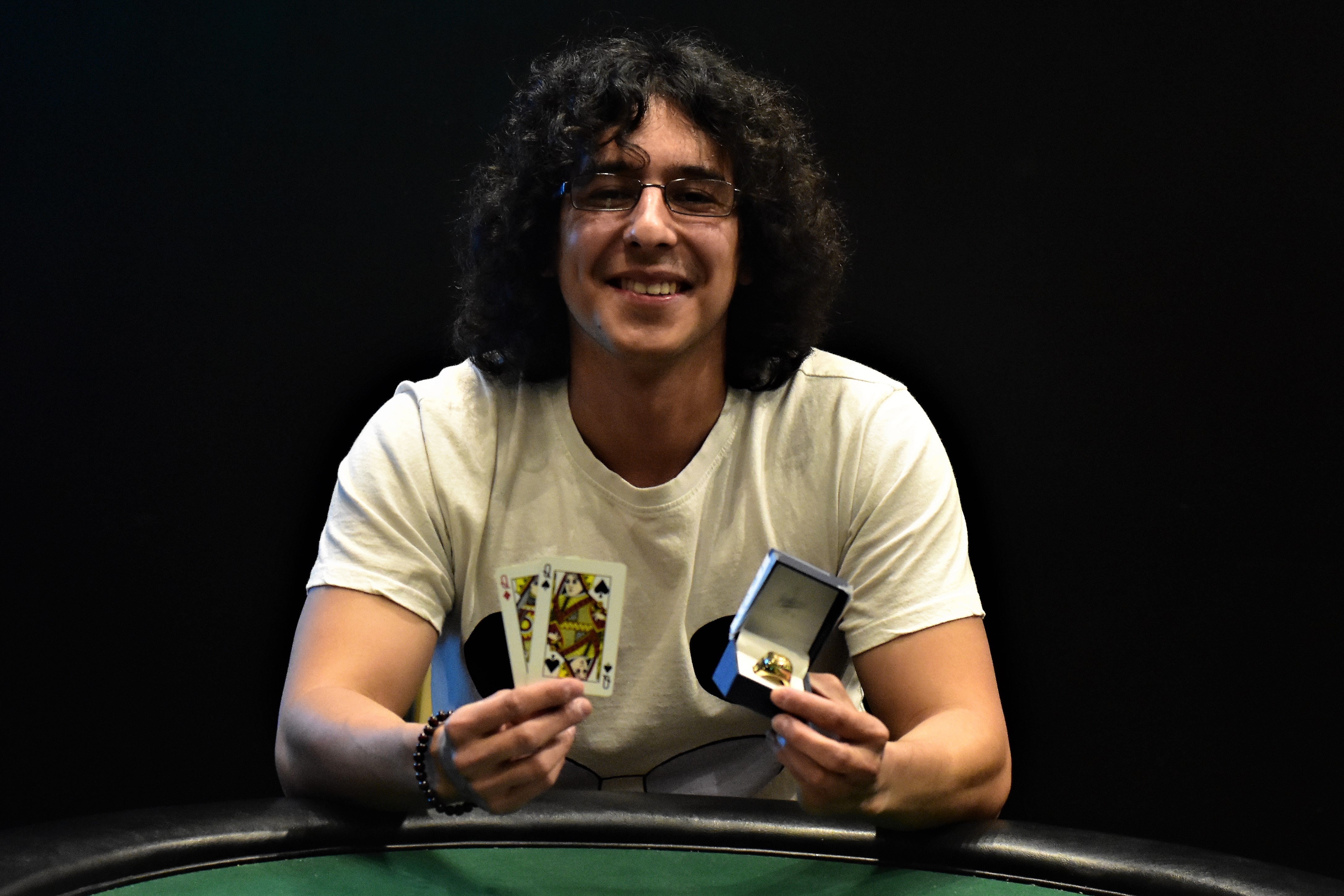 In the last year and a half, Fernando Galvan has won nearly $500,000 playing tournament poker. He’s definitely won to watch in 2018. (Image: WSOP)

“I learned how to play poker with experience and reading books,” Galvan told WSOP officials. “Jonathan Little helped a lot.”

Galvan began Day 3 at the final table as the chip leader. He would make it all the way to heads-up play against poker pro Corey Hochman, who began the day with just eight big blinds. Things came to a head in Level 32 (60k/120k/20k) on the ninth hand of heads-up play when Galvan limped the button and then called when Hochman moved all-in for 1.01 million.

Galvan was slow-playing Q♠Q♦, and that left Hochman looking for some help with his A♠3♦. He got a little on a K♠3♠5♥ flop, but both the 7♣ turn and 4♥ river left him wanting. Hochman had to settle for second place and $152,734. Not bad for a Circuit consolation prize.

Prior to the win, Galvan had $205,266 in live tournament earnings. He’s been no one-hit wonder. Before his Circuit win this weekend, his career best payday was $72,583 for finishing third in the Heartland Poker Tour’s Black Hawk Main Event back in September. His recent win wasn’t the only success he’s had at Planet Hollywood either. Over the summer, he won the $350 GOLIATH Stack at the Phamous Poker Series for $44,577.

A dozen gold rings were awarded at the WSOP Circuit Planet Hollywood, and incredibly Arkadiy Tsinis won 25 percent of them. That’s right, the poker pro took down an incredible three events.

The trio of wins brought his total ring count up to four and his WSOP-related winnings up to $1,444,282.

Scott’s win was notable in that he had challenged himself not to cut his hair until he won a ring. That challenge spanned two years.

The WSOP Circuit now heads to North Carolina’s Harrah’s Cherokee from Nov. 23 through Dec. 4. After that, they’ll close out the year at Los Angeles’ Bicycle Casino Dec. 1-12.

This Mexican is a clear example of success. At such pace, he will grow into a pro. He grew up on from virtual tables poker rooms. Interesting, what a challenge he will put himself now.

how old is Calvan he seems pretty young? with so little experience on tournaments this big win its not because he had the luck of beginner of course but I think he has the quality of pro player ,so cool achievement congratulations !!!