Reports of fireworks being illegal indoors are fake news. Pre-Fourth of July rockets went off inside the Rio on Monday, with a second show scheduled for Tuesday. We also had a rare occurrence: a Czech won a bracelet. The Mizrachi brothers did something less rare: bagged chips in a major tournament. And game theory says Chris Ferguson isn’t going away. 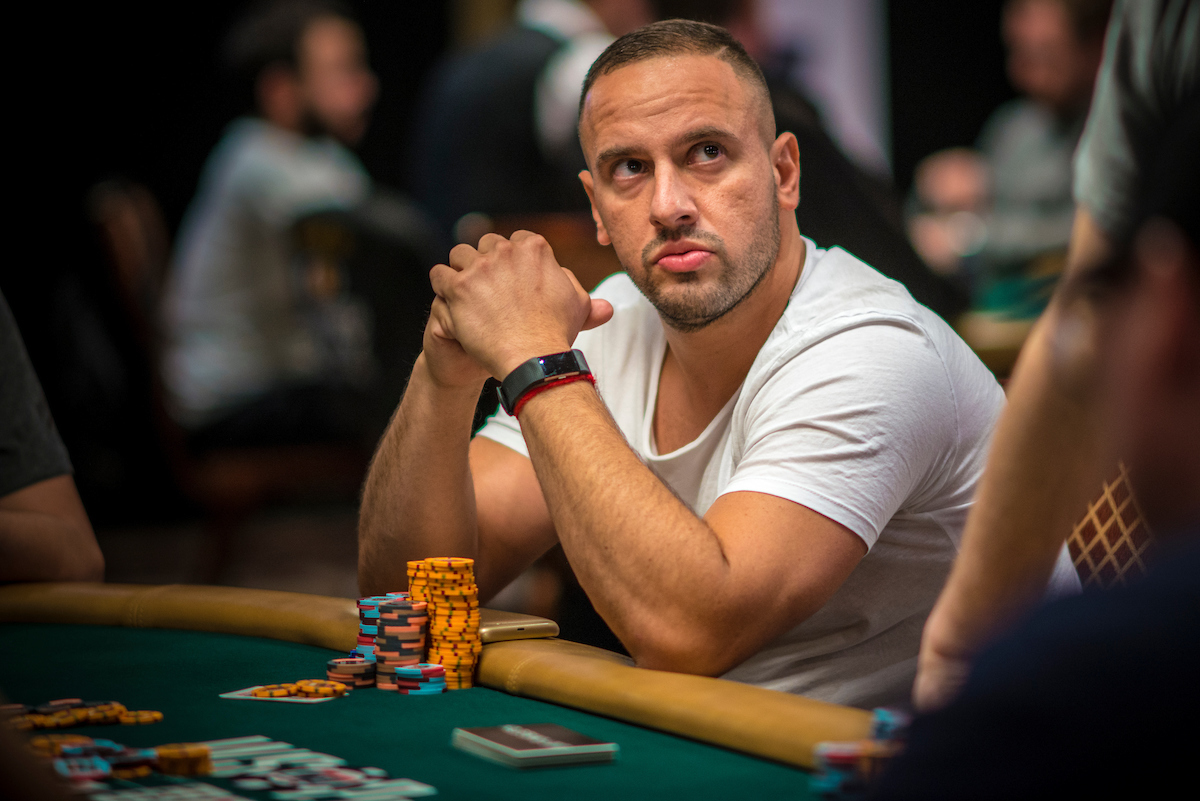 God bless America, it really would be an amazing feat if Michael Mizrachi could “grind” his way to a third $50,000 Poker Players Championship title. (Image: Drew Amato / PokerPhotoArchive.com)

Happy Independence Day, CardsChat readers. On this day, the day of America’s birth, we honor someone who isn’t from this country, Artur Rudziankov, for an impressive performance on American soil.

The first, Tomas Junek, a friend of the newly crowned champion, won his bracelet in 2012, also in a $1,500 no-limit hold’em event.

The tournament was supposed to conclude on Sunday, but heads-up, Rudziankov and opponent Mario Prats agreed they were too tired to complete the tournament. Play resumed Monday afternoon with the eventual champion holding a two-to-one chip advantage.

And it was a good thing both players got their rest.

Prats, a Spaniard with just one prior WSOP cash, had a rowdy crowd cheering him on. On final table hand #173, the fans from la patria got even louder when he finally took the chip lead.

But Rudziankov quickly re-flipped the script, regaining the edge a few hands later. Prats hung tough, however, refusing to surrender his opportunity at a first career bracelet. But, in the end, the man from the Czech Republic came out victorious.

Daniel Negreanu considers the PPC the most prestigious tournament in the world. Winning it would be a dream come true for poker’s all-time live tournament money list winner. He’s been up and down throughout the first two days of this event. But, after Monday’s session, Kid Poker bagged a decent stack (678,000).

Chris Ferguson finished in 277th place in Event #60, $888 Crazy Eights No-Limit Hold’em 8-Handed, for $3,611. We’re telling you about a small cash because it’s relevant to the WSOP Player of the Year standings.

Ferguson isn’t the only one benefiting from the new scoring system that rewards players more for min-cashing in large field events than for beating table after table of top pros with more money at risk. But if he wins the award without scooping a bracelet, many poker pros such won’t be happy.

“Every year player of the year gets a banner where they won a bracelet. What happens if they don’t win 1? Just a random picture playing poker?” he tweeted.

Ferguson didn’t make it to Day Three in the Crazy Eights tournament. But of the 8,120 entries, 28 players did, including chip leader Ian O’Hara from Boca Raton, Florida.

The winner, scheduled to be crowned on Tuesday, will take home a numerically clever and still rather hefty $888,888.

Parker Talbot, known as “tonkaaaaP” online, doesn’t play much live poker because supposedly he’s busy grinding multi-table tournaments online from his home in Canada. But he proudly announced on Twitter Monday night, however, about his forays into the live tournament world:

Talbot become one of the top poker Twitch streamers the past couple of years, and his YouTube channel has more than 36,000 subscribers.

There will be fireworks on Tuesday inside and outside the Rio in Las Vegas. Day Two in Event #64, $1,500 No-Limit Hold’em/Pot-Limit Omaha 8-Handed Mix, should provide entertainment on this American holiday. Ryan Laplante, a 2016 bracelet winner, leads 158 remaining players.

We can already hear the ooohs and ahhhs …

The only bracelet event scheduled to begin on the Fourth of July is Event #65, $1,000 No-Limit Hold’em (30-minute levels). Due to the turbo nature of this tournament, expect pyrotechnics from the felt, with players going all-in frequently.