The World Series of Poker (WSOP) 2016 is less than two weeks away. That means it’s time for poker players to begin making plans to compete in the world’s most exciting annual poker series. 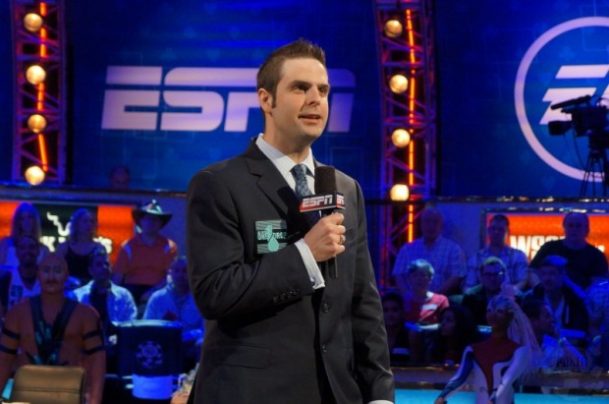 In preparation for another crazy summer at the Rio Hotel and Casino in Las Vegas, four prominent WSOP executives, aka “suits,” got on Twitch for a public Town Hall Q&A to discuss some changes to the 47th annual World Series of Poker.

In the spotlight were WSOP Senior VP and Executive Director Ty Stewart, Tournament Direct Jack Effel, Head of Online Poker Bill Rini, and off-camera feeding #askasuit questions from viewers was WSOP.com Editor-In-Chief Seth Palansky. The suits answered questions and addressed numerous issues from players for over an hour on a live Twitch.

By using the #askasuit hashtag, anyone registered on Twitch was allowed to ask a question. The questions ranged in topic from tournament registration to the possibility of former Full Tilt boss Howard Lederer’s alleged plans to compete in this year’s WSOP.

Stewart kicked things off with an impressive stat. There were over 100,000 entrants in 68 events in 2015. This summer could see even more participants in the 69 total events.

Effel took numerous questions regarding Colossus II and registration changes planned for this year. Last year’s $565 buy-in Colossus set a record for number of participants in a live poker tournament. But with over 22,000 players, there were many complaints about registration problems, lack of available taxis, and payout lines.

This year’s event is expected to have a similar-sized field, so the Series has made a couple of changes to help out. First off, registration for events can be made online via a credit card for anything with a buyin of $1,500 or less, instead of standing in a long line at the Rio.

According to Effel, players can still register at the casino as well, but are only allowed to pay with cash should they choose that option. Credit card payments are online only. That is due to gaming laws which don’t allow brick-and-mortar casinos to accept wagers via credit card.

Players will need to show up in person before their first event to verify their identities, and Effel recommended saving time by ensuring that all your ID and Total Rewards info online matches up.

Once a player pays online, they’ll have to head over to the Rio to print off a tournament ticket from one of the 40 brand-new kiosks. Effel said kiosks are print-only and cannot be used to make actual payments. Many commenters in the chat feature on Twitch questioned if this number would be enough kiosks to accommodate many thousands of players for the bigger events.

Another issue that frustrated many players during last year’s Colossus was a limited number of taxis available at the end of the day. Stewart said the WSOP now has a partnership with Uber to improve the situation. He didn’t elaborate any further on that situation.

Most of the top poker players in the world flock to Las Vegas each summer for the WSOP. Many pros compete in numerous WSOP events, but which demographic is most important to the WSOP staff, recreational or professional?

“The average player plays in less than one-and-a-half events,” Ty Stewart said on Twitch. “We want recreational players, but we also need to respect our pros.”

The Return of Howard Lederer, Maybe

Perhaps one of the most controversial topics of discussion heading into the summer is Howard Lederer. Daniel Negreanu released an apology from Lederer on Thursday for his mistakes at Full Tilt Poker leading up to Black Friday. Rumor has it that Howard wants to play in the World Series for the first time since 2011.

Stewart and Effel chuckled when asked if they expect Lederer to play, and if extra security would be in place. They did not elaborate other than to allude to the fact that they think it’s a good possibility The Professor will show up at the Rio this summer. Players are wondering if the timing of Lederer’s apology letter to so close to the start of the series is more than coincidental.

Other Tidbits from Twitch

ESPN is back again to televise the WSOP, but only the Main Event. Live streaming will be available for the final table in other tournaments on WSOP.com/live.

The new $565 pot-limit Omaha event has been a hot topic around the poker world. Effel set the over/under on number of participants at 3,601, which would be a PLO record.

And, yes, All-American Dave will be back for another summer of keeping poker players healthy and their bellies full. Dave Swanson, a fitness lifestyle coach and healthy eating advocate, delivers healthy meals straight to the poker table, so no one has to miss so much as a hand while keeping fueled up.

The 47th annual World Series of Poker begins June 1 with the casino employees event. The first major event, the Colossus II, kicks off on June 2.