The World Series of Poker (WSOP), the largest and most prestigious poker tournament event on earth, has an early Christmas present for everyone: the event has released its 2016 tournament dates so that you can start planning for next summer and sock away some of those holiday checks for bankroll. 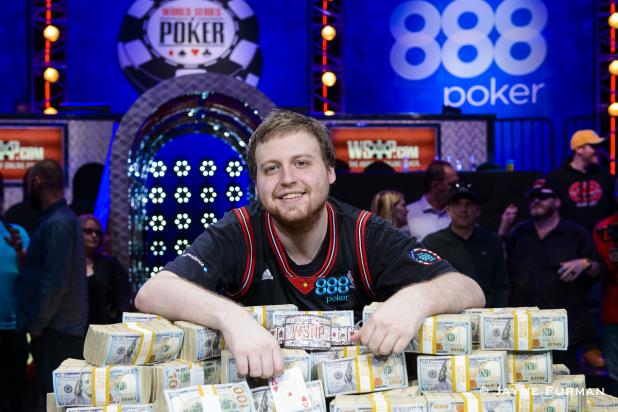 In a press release sent out today, WSOP said the 47th running of the event series will kick off on Tuesday, May 31st and wrap up with it’s Main Event final table selection on Monday, July 18th.

The 50-day series will once again be held at the Rio in Las Vegas, right off the world-famous Strip, and claims to be bigger and better than ever before in the event’s almost-half-a-century history.

The popular Colossus, dubbed “Colossus II” for its June 2nd start date in 2016, will be a $565 rebuy event and will offer an extra two million bucks in guaranteed prize pool, moving it from last year’s five million up to seven next year. Additional starting flights will be held on June 3rd and 4th.

The winner will receive a minimum guaranteed $1,000,000 take, and each starting flight next year will play until it reaches the money, allowing participants the possibility of cashing more than once in the same event.

Other popular tournament events will also return, starting with the kickoff Casino Employees event on Wednesday, June 1st. The Millionaire Maker, Monster Stack, Little One for One Drop, Seniors and Ladies Championships will also be back in 2016.

“We want to wish everyone Happy Holidays and best wishes for 2016,” said WSOP Executive Director Ty Stewart. “We hope some of your New Year Resolution’s will include capturing a WSOP gold bracelet in the coming year.

The complete event schedule will be released no later than February of the new year, and possibly sooner. We’ve posted some of the start dates, buyins, and other pertinent info for you below so you can start planning for WSOP 2016.

Event Registration:  Pre-registration will kick off in March, once all event dates have been finalized and approved.

Buyin Ranges: Tournment buyins will start at $75, and go up from there to $111,111 for the Little One for One Drop charity event to benefit the ONE DROP Foundation.

Cash Games: Starting May 31st, running 24/7 all through the series at the Rio.

Room Reservations: Make them at any of Caesars’ Las Vegas properties by using your Total Rewards card.

Satellites: WSOP.com in both Nevada and New Jersey will offer seats to the Rio summer event via satellites. Even non-residents of either state can play online, as long as they are within either state’s borders at the time of play.

I wasnt really rooting for him … but what can i say , lucky chap … thats a life changing amount of money

Looking forward to the 2016 WSOP at the Rio. This will be my 11th straight year and it gets better every year.