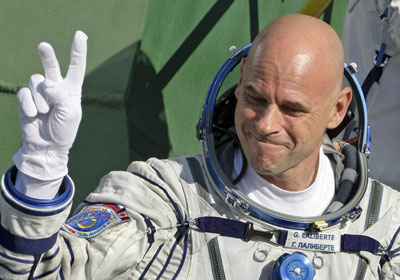 Out of this world: Guy Laliberte, creator of the ONE DROP foundation, which seeks to provide access to clean water in Third World countries. (Image: forbes.com)

With eight months to go until WSOP 2016’s November Nine Main Event final table kicks off, you might want to gargle and get your voice in shape. A silent auction fundraiser going on this week for the charity ONE DROP could see you kicking off the whole shebang on global TV.

“Shuffle up and deal”: the words that have launched a thousand automatic card shufflers and set thousands of pulses racing across the Amazon Room at the World Series of Poker.

These four little words have become iconic in this game of ours, and if you ever imagined uttering them at the start of the WSOP final table, now’s your chance. CharityBuzz.com, the charity auction website where customers can bid for “experiences and luxuries” with funds raised going to good causes, is offering this very thing.

And if you’re a massive poker-nut with money burning a hole in your pocket, this could be right up your alley.

As well as enunciating the immortal catchphrase at the start of the 2016 WSOP final table in November, the lucky winning bidder will also get front-row seating at the event and a tour of the TV production set-up, plus a session of private poker lessons with 2010 WSOP Player of the Year Frank Kassela.

If you sweep it, you’ll have the opportunity to get your picture taken with the Main Event winner’s bracelet, and there’s also three nights’ accommodation at a deluxe suite in the Cromwell in the mix. Plus, there’s dinner for two at Giada’s restaurant, owned by hottie celebrity TV chef Giada De Laurentiis. Yes, the one who looks like she never put one strand of that pasta she’s making into her own body.

Hopefuls have until 12 pm ET on March 17 to get their bids in. At the time of writing, with six days left, there have been nine bids so far, totaling $3,250. CharityBuzz, which is an expert in estimating the value of financially unquantifiable “experiences,” thinks the whole package is worth $10,000.

All money raised is going to the ONE DROP Foundation, of Big One for ONE DROP fame. The charity was founded by amateur poker player and space traveler (and professional billionaire accordion-playing, fire-breathing clown) Guy Laliberté, the creator of Cirque du Soleil. The goal of the charity is to provide access to clean drinking water throughout the developing world.

In 2012, Laliberté teamed up with Mitch Garber at Caesars to create the Big One for ONE DROP, a million-dollar buy-in tournament with the biggest first prize in tournament poker history. Antonio Esfandiari was the first-ever winner, sharing a dizzying $18,346,673 with his backers.

$111,111 of each buy-in in that tournament went straight to the ONE DROP Foundation, while players in all WSOP events were encouraged to donate one percent of their winnings to the charity.

Through a second Big One, in 2014, and various Little Ones for ONE DROP, poker players have raised millions of dollars for the cause.