The 2016 WSOP Main Event will, most likely, see an unfamiliar face crowned champion, and it will be a guy. Most of the big name pros have been eliminated, as have all of the women.

Jerry Wong from Brooklyn, New York will head into Day Six with the chip lead (11,555,000). He has never won a bracelet at the World Series of Poker, but does have 19 career cashes. And Wong has a solid track record, with $1.3 million in live tournament winnings to date. 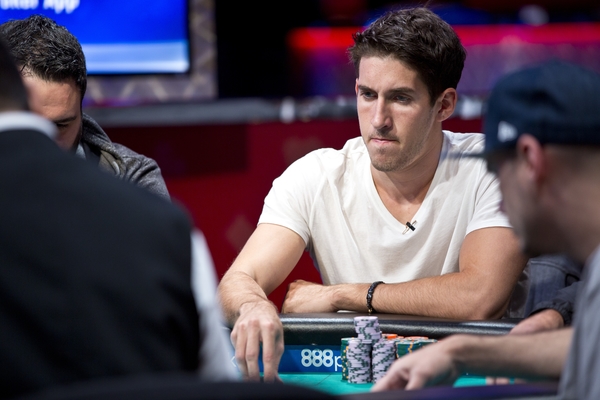 Dan Colman is one of the few remaining big-name pros in the 2016 World Series of Poker Main Event. With his astounding lifetime track record, don’t count him out. (Image: pokerphotoarchive.com) 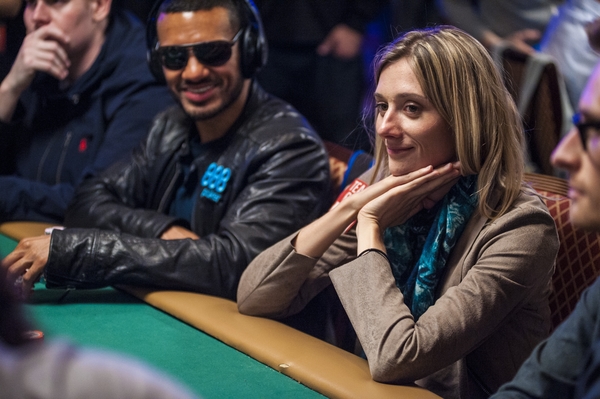 No love for the ladies: Gaelle Baumann earned Last Woman Standing honors in this year’s Main Event, busting in 102nd place, but overall, it was a disappointing finish for the women this year. (Image: pokerphotoarchives.com)

For the ladies, it’s been a disappointing Main Event, after what seemed to have so much potential only a day before. Melanie Weisner, who had started Day Five in the #9 spot, ultimately busted 127th for a $49,108 cash.

First place in this year’s Main Event will walk away with an even $8 million. Monday is slated for the last day of play this summer, with the goal of whittling down to the nine remaining players. The final table will come back to the Rio in Las Vegas on October 25.

Ironically, the last day of play this summer will hit on the same day that the Republican National Convention kicks off, and the October Nine will come back early to avoid clashing TV coverage with what is sure to be a contentious national presidential election on Nov. 8.

ESPN began filming the tournament late on Day Four. In previous years, television coverage began at the start of the event. We asked Norman Chad if the change had to do with a decline in poker’s popularity.

“Any question you can ask me about anything in television essentially leads to the same answer:  money,” Chad said. “They save money by creating the same number of telecasts out of fewer days. So someone decided to cut out the six extra days of production costs for Days One to Three,” he continued.

ESPN will air as many episodes this year as in years past, but won’t show action from the first three days.

Johnny Chan, a two-time winner, made a deep run to Day Five, but was short stacked and couldn’t make it to the dinner break. Many were rooting for him to get to the final table, but he ended up in 180th place, taking home a mere $42,285.

Little One for One Drop Down to 12

As with so many events this year, Event #69, the Little One for One Drop, did not wrap on its scheduled day on Saturday. Coming into Sunday, we are down to the last 12 players, who will compete for the $525,520 first-place cash.

Thai Tran will return today at 2 pm Pacific to fight his opponents with a sizable chip lead of 6.7 million, almost a million more than the next-best stack count, which belongs to Oklahoma’s Calvin Anderson, with 5.87 million.

After the Main Event concludes, there will be $221,211,336 in total prize money awarded at the series. Poker is alive and well, despite rumors of it being on the decline.

The Main Event had 6,737 players registered, which was the most in the past five years. The series features many tournaments which attracted massive fields, such as the Colossus, Millionaire Maker, Monster Stack, and, of course, the Main Event.