The Main Event is whittling towards its finale, and now it starts to get really interesting. 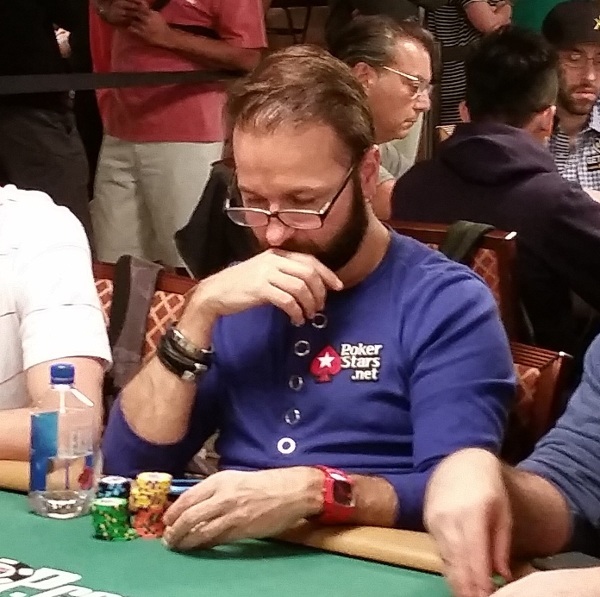 Quite a few high-profile players are still in the Main Event headed into Day 6, with Daniel Negreanu among them. (Image: CardsChat.com)

The World Series of Poker Main Event had a starting field of 6,420 players, a massive undertaking that spanned three days and saw players in every nook and cranny of the Rio Convention Center.

But after Day 5, the tournament has become a much more intimate gathering, as just 69 players remain alive in the battle for poker’s biggest most cherished title heading into Day 6.

Belgium’s Pierre Neuville bagged the chip lead at the end of play on Sunday with 7.1 million chips, about 600,000 more than David Stefanski, who sits in second place. The 62-year-old Neuville has 19 career WSOP cashes without a win, but is well-known for being a “serial qualifier” on the European Poker Tour, where he broke a record by qualifying for 23 straight EPT Main Events through PokerStars online satellites.

In second place is Stefanski, a Connecticut native who doesn’t have a wealth of big results, but has certainly proven to be a strong, consistent competitor in poker circles. He is ranked inside the top 800 players in the world by the Global Poker Index, and has over $700,000 in career cashes, a number he’ll be looking to improve upon significantly over the next two days.

Jarvis, Hastings Both in Top Ten 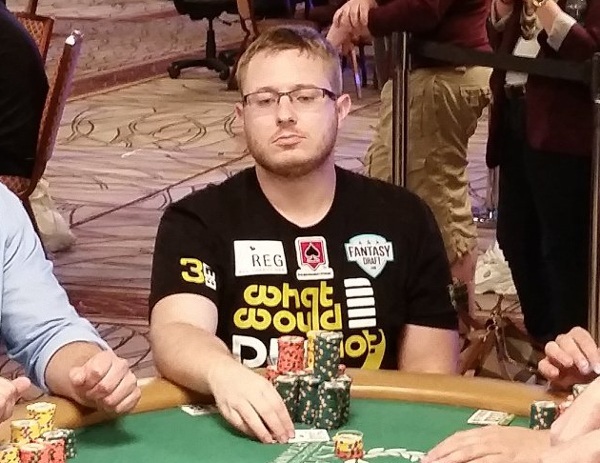 Brian Hastings fell slightly down the chip standings on Day 5, but still finished the day with a top ten stack. (Image: CardsChat.com)

Heading just a little further down the chip counts, there are still a few huge names threatening to land a spot in the November Nine. Matt Jarvis is in seventh place with 5.25 million chips, while Brian Hastings continues to hang around the chip leaders, bagging more than 4.7 million to finish the day in tenth.

Max Steinberg isn’t far behind, either. He’s in 14th place with just under 4.3 million. And one of the most famous poker players in the world, Daniel Negreanu, is still hanging in there with a very solid stack as well, despite getting short a couple of times on the ESPN featured table on Sunday. Negreanu ended the day with 3.6 million in chips, good for 22nd place and an above-average stack heading into Monday.

Former chip leader Amar Anand still has a solid stack and sits right behind Negreanu in 23rd place. Also remaining in contention is Justin Bonomo, who has a short stack of less than 1.3 million, good for 56th place.

Yesterday, we told you about Carl DiVeglia III, the last man standing for Team CardsChat in the Little One for One Drop who was making an incredible run in the Main Event as well. It looked as though that run might continue into Day 6, as DiVeglia chipped up several times during the day to put himself high on the leaderboard. 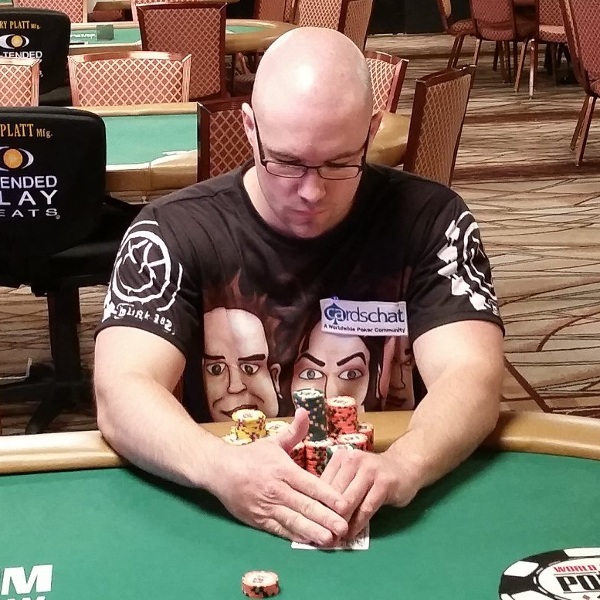 Unfortunately, luck turned against Carl, who saw his stack shrink before he went out in 82nd place on the day’s final level, taking home $68,624 for his efforts. For DiVeglia, however, just being in the Main Event at all was a long shot, let alone finishing in the top 100.

“I was supposed to leave on Friday the 3rd,” DiVeglia told me on a break yesterday. “My plane ticket was already purchased. I came with money to play three WSOP events, and busted out of all three.

“Then I went to Binion’s to play a last minute satellite into the Main Event, and chopped it six ways to win about $4,700. That let me extend my stay by one day, and I went over to the $200,000 Guaranteed at Planet Hollywood, chopping that for about $18,000. I took that money and played in some Main Event satellites. At the last minute, I won a $1,000 Turbo to get my seat, and now I’m here on Day 5!”

While his Main Event run may not have ended the way he had hoped, it was still a great run for a player who just hours before the tournament didn’t even expect to play. Congratulations on a great performance, Carl!

Sunday’s play saw many of the remaining notables hit the rail at one point or another, as more than two-thirds of the players who started the day were eliminated before it was over. A few of the bigger names to go out included Men Nguyen, Christian Harder, Dan O’Brien, Antonio Esfandiari, John Racener, Matt Glantz, Jared Jaffee, Jake Cody, and Matt Waxman.

Jim Bechtel was also eliminated, falling in 121st place. With the elimination of the 1993 Main Event champion, that means that the 2015 Main Event will once again feature a first-time winner.

Monday will see the remaining field of just 69 players fight through what is expected to be another complete day of poker. The idea is to hit a number that will comfortably allow the tournament to play down to nine on Tuesday. Traditionally, that has meant about 27 players making it through to that final day of summer play, but the structure doesn’t provide an official number, so we may just see a full five levels of poker today.

With there now being more players competing in the Deep Stack tournaments (which are also in the Amazon Room at this point) than the Main Event itself, the key tournament is taking on an intimate atmosphere. At some point during the day, there will be no more outer tables, and everyone remaining in the tournament will be seated either on the Main Stage or at one of the secondary featured tables.

Everyone still in the tournament has guaranteed themselves a prize of at least $96,445, and by the end of the day, those being eliminated will be taking home well over $100,000.

Of course, the really big money is still waiting at the top of the prize pool, as everyone who makes the final table clinches at least $1 million. Come back tomorrow for a deeper look at the final handful of players looking to reach the November Nine.

Congrats on an inspiring run, Carl!