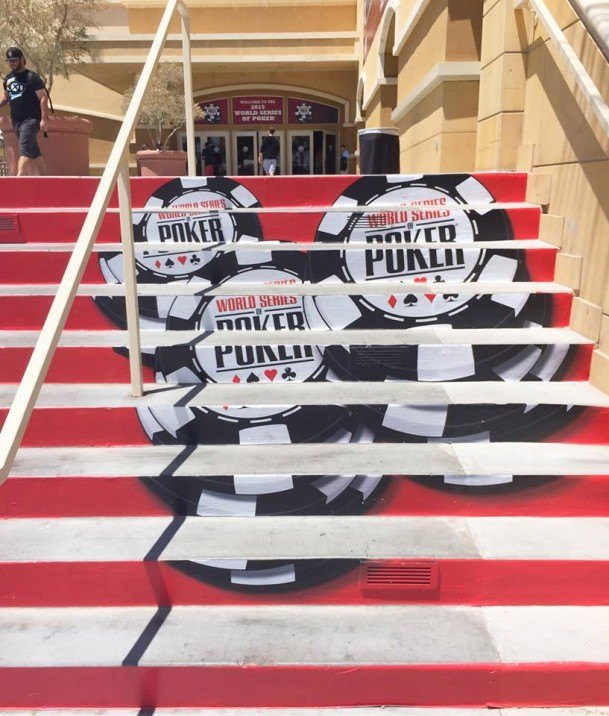 Let the games begin: WSOP 2015 is now underway. Although fairly quiet on Day One, record numbers of attendees are expected. (Image: CardsChat.com exclusive)

World Series of Poker 2015 is officially underway, and it promises to hold plenty of excitement and drama already.

Two events began on Wednesday to mark the start of the world’s biggest poker festival, including the Casino Employees tournament that has traditionally led off the tournament schedule.

Calm Before the Storm

If you walked into the Rio early on Wednesday, you might not know the size and scope of what was coming in the next few days.

Even the Casino Employees event, which began just after noon Pacific time, is only a tiny taste of the crowds that will be arriving over the next few days.

But if you want to see just how wild things can get at the WSOP, you won’t have to wait long.

The Colossus is scheduled to begin on Friday, and the event won’t just be the biggest tournament in WSOP history: it will be a poker event unlike anything that has ever come before it.

The WSOP announced early on Wednesday that there were only 1,196 seats remaining for the first Colossus flight, which will begin Friday at 10 am. By midday Wednesday, Caesars Interactive Vice President of Corporate Communications Seth Palansky told CardsChat that the Colossus would exceed 20,000 runners: more than double the size of any previous WSOP event, ever. 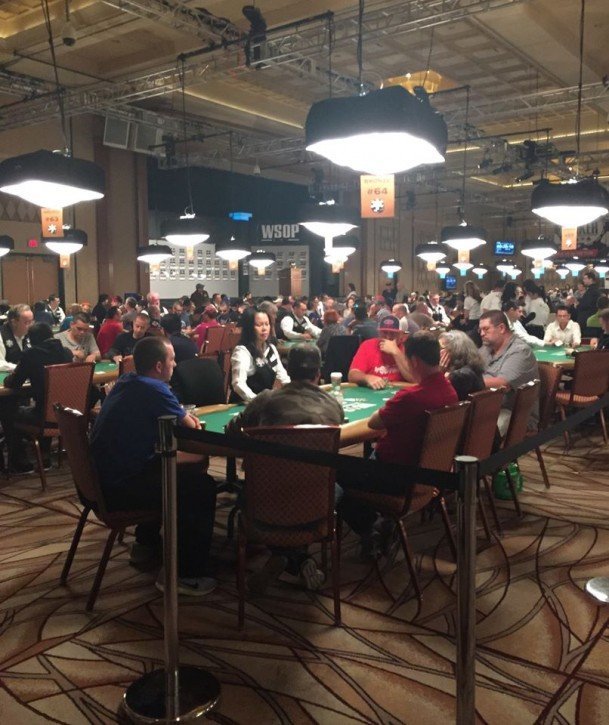 By a little after 1 pm, satellite and cash game action, as well as the Casino Employees event, were already in full swing at the Rio in Las Vegas for WSOP 2015. (Image: CardsChat.com exclusive)

With four flights that can handle 4,600 starting players each (and about 1,750 more per flight in “late waves”), the Colossus wouldn’t be officially “full” until more than 25,000 players have signed up.

If the tournament gets anywhere near that number, it could create unprecedented logistical issues for organizers and players alike, though Palansky told us he is well-prepared to handle this weekend’s onslaught of players.

For many big names in the poker world, the WSOP action actually began on Tuesday night. That’s when the Aria played host to the annual draft for the $25,000 buy-in WSOP fantasy league, one of the ongoing traditions at the World Series.

This year’s league attracted 11 teams, and the draft was broadcast live on Jason Somerville’s Twitch channel. Somerville (who we spotted entering the Rio this afternoon), had a stake in the league (as Team Run It Up, naturally), but plenty of other notables in the poker community also ponied up the money to own a team. In fact, the league table includes familiar names like Team Negreanu, Team Brunson, Team Waxman and Team Hastings.

The draft was held in an auction format, meaning observers and pundits could debate not only who would be taken, but also how much they would go for. Each team needed eight players to fill out its roster, meaning 88 players in total would be drafted.

The highest price went for Daniel Negreanu, who was sold to Team Leah (owned by Mike Leah) for $96, or nearly half the team’s $200 budget. Other players fetching hefty prices included Jason Mercier ($91), George Danzer ($84), Calvin Anderson ($84) and Phil Hellmuth ($81).

Teams will accumulate points based on how players perform in open events, with adjustments based on buy-ins and field sizes. The top teams will split up the $275,000 prize pool: last year, four teams split $300,000 in prizes, with Team Gypsy (Sergey Rybachenko) taking first and $135,000.

You can follow the fantasy league action at 25kfantasy.com, a fan-created site that tracks the results for the competition.

As we said earlier, it’s a relatively quiet day at the WSOP. But even opening day has its fair share of action as the entire poker world gears up for the next seven weeks of tournament play.

Wednesday marks the opening of both registration and cash game play, so if you planned to register live for the Colossus (or, really, any other event), this was probably the easiest time to do it. There are also two tournaments beginning today: the Casino Employees $565 No-Limit Hold’em tournament (which will finish up sometime Thursday), as well as a $5,000 No-Limit Hold’em event that will span over four days.

Editor’s Note: Join us daily during WSOP 2015 for complete in-depth event coverage and exclusive photos of this year’s happenings.